Thermoformers Step Up to Produce Protective Gear for Healthcare Workers 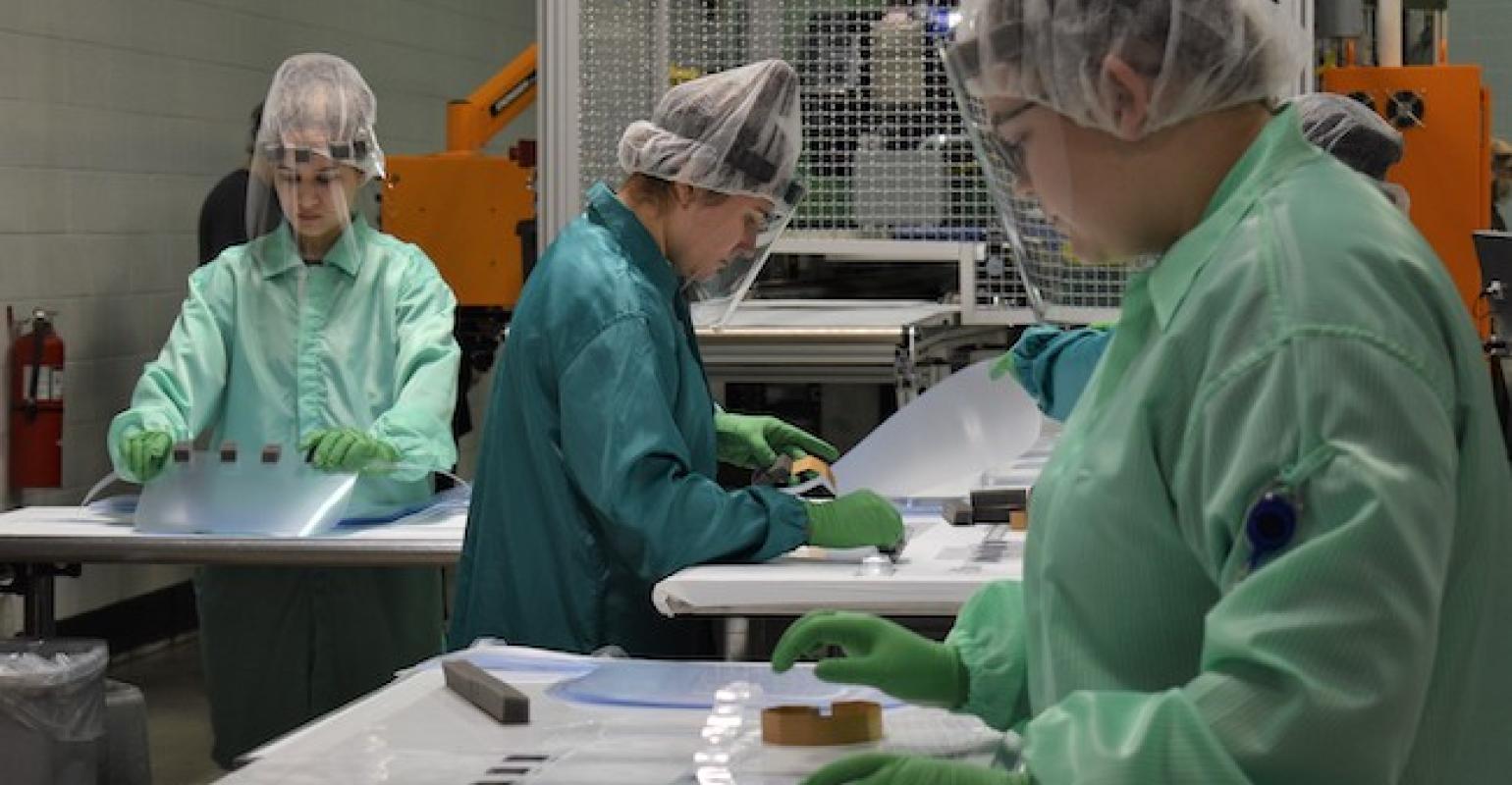 When Prent Corp. learned that a nearby hospital had a shortage of protective equipment because of the COVID-19 pandemic, it got to work. Within 48 hours, Prent had donated more than 10,000 face shields to local healthcare facilities.

All across the country, manufacturers are stepping up as best they can to help healthcare providers struggling with shortages of medical equipment. In Janesville, WI, custom packaging supplier Prent Corp. has dedicated a line to the production of face shields needed by local healthcare facilities. In Kalamazoo, MI, Fabri-Kal will be delivering its first batch of face shields later this week to hospitals in southwest Michigan.

When Prent learned last week that nearby Mercyhealth Hospital and Trauma Center had a shortage of protective equipment because of the COVID-19 pandemic, it got to work. Within 48 hours, Prent had donated more than 10,000 face shields to Mercyhealth and other local healthcare facilities, the company said in a press release. Prent added that it plans to ramp up production for healthcare workers in need throughout the country.

“Just a few hours after Prent officials learned of the shortage, Prent’s product designers . . . drew up and produced a prototype protective face shield designed for doctors, medical workers, and first responders,” reported GazetteXtra. “Less than 12 hours later, the prototype was in the hands of doctors at Mercyhealth.”

“We heard there was a dire need in our community and we knew we could help, so we dedicated a team to work on it immediately,” said Joseph Pregont II, Vice President,  Corporate Sales. “The added capacity means we have an entire production line dedicated to making face shields without impacting other orders. We’ll continue face shield production until hospital supply chains can meet the demand,” said Pregont II in a prepared statement.

Right now, many healthcare workers are forced to reuse surgical masks because they’re in short supply. The face shield covers the whole face to help keep masks clean so they can be safely used longer.

Initially, Prent designers tried creating a traditional face shield with three parts — shield, foam cushion, and elastic headband — but determined that it would take too long to source all the parts. Instead, the company designed an innovative solution made of plastic and foam that could be produced and delivered quickly. A physician at Mercyhealth tested the prototypes and selected one that fit well without fogging up.

The scratch-resistant, recycled PETG plastic material from sister company GOEX was extruded in an unprecedented 24 hours, said Prent. The machine die was developed by Millenium Die Group in just five hours. Then full production began. During the first shift at Prent, workers produced 2,200 face shields that were delivered to Mercyhealth. The company intends to continue making face shields for the foreseeable future until there is no longer a shortage at medical facilities. Prent estimates it has the capacity to make millions of face shields per week.

Fabri-Kal forms and cuts the plastic shield, which is handed off to Schupan & Sons for assembly. All of the components — foam, elastic and plastic shield — then go to Tekna for final assembly and delivery to hospitals, said First&42. The first batch is scheduled to arrive at local healthcare facilities this week.

The decision to support this effort was an easy one, said Mike Roeder, President and Chief Operating Officer at Fabri-Kal. “We started this whole thing with the idea that we need to protect our employees, protect our community, and then protect our business,” he said. “Because if you don’t have the first two, the third one doesn’t much matter.”