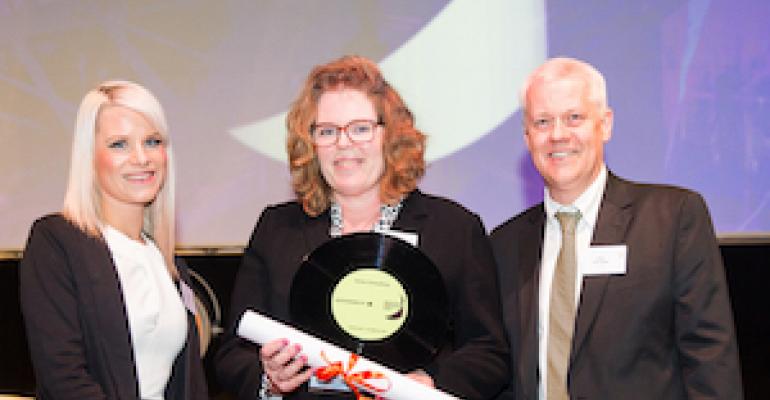 The two-year-old program promotes a sustainable alternative to disposal of waste medical items made from medical-grade PVC.

RecoMed, a UK recycling program for PVC-based medical devices, has won the sustainability category of the 2016 Inovyn Awards for its innovative approach to sustainable healthcare recycling. The Inovyn Awards, led by an independent panel of expert judges, recognize achievements in the vinyls industry. Accepting the award at a ceremony coinciding with K 2016 in Düsseldorf, Germany, on behalf of Axion (Meadway, UK) and the British Plastics Federation (BPF; London), which run the RecoMed program, Axion’s Principal Consultant Jane Gardner said: “We’re delighted and very proud to win this award, which recognizes the tremendous achievements of all participants and hospitals in recycling plastics from the medical waste stream.”

This is the second accolade in just over a year for the two-year-old RecoMed initiative, which supplies recycling containers, communication materials and collections to participating UK National Health Service (NHS) and private hospitals.

Funded by VinylPlus, the voluntary sustainable development program of the European PVC industry, the scheme provides an alternative, sustainable disposal route for waste medical items made from high-quality medical-grade PVC.

Philip Law, Director General of the BPF, said: “RecoMed is helping to extend the already impressive list of sustainability credentials underpinning PVC. Not only does it spotlight the efficient use of resources, it is also helping participating hospitals to save cash at a difficult point for the NHS. Plastics are very widely used throughout the health service and RecoMed is a pioneer not just for PVC but for other plastics, as well.”

In 2015, RecoMed’s excellence in sustainability was recognized with the 2015 Association for Anaesthetic and Respiratory Device Suppliers (Barema) and the Association of Anaesthetists of Great Britain and Ireland (AAGBI) Environment Award.

It is estimated that up to 2,250 metric tons of PVC could be recycled by collecting items such as anesthetic face masks, oxygen masks and associated tubing from UK hospitals. Nine hospitals are currently taking part in RecoMed, with more expected to join in the coming months.

Participating hospitals save money on waste disposal costs by recycling non-infectious PVC medical items instead of sending them to clinical waste steams, where they are either incinerated or sent to specialist landfill sites.