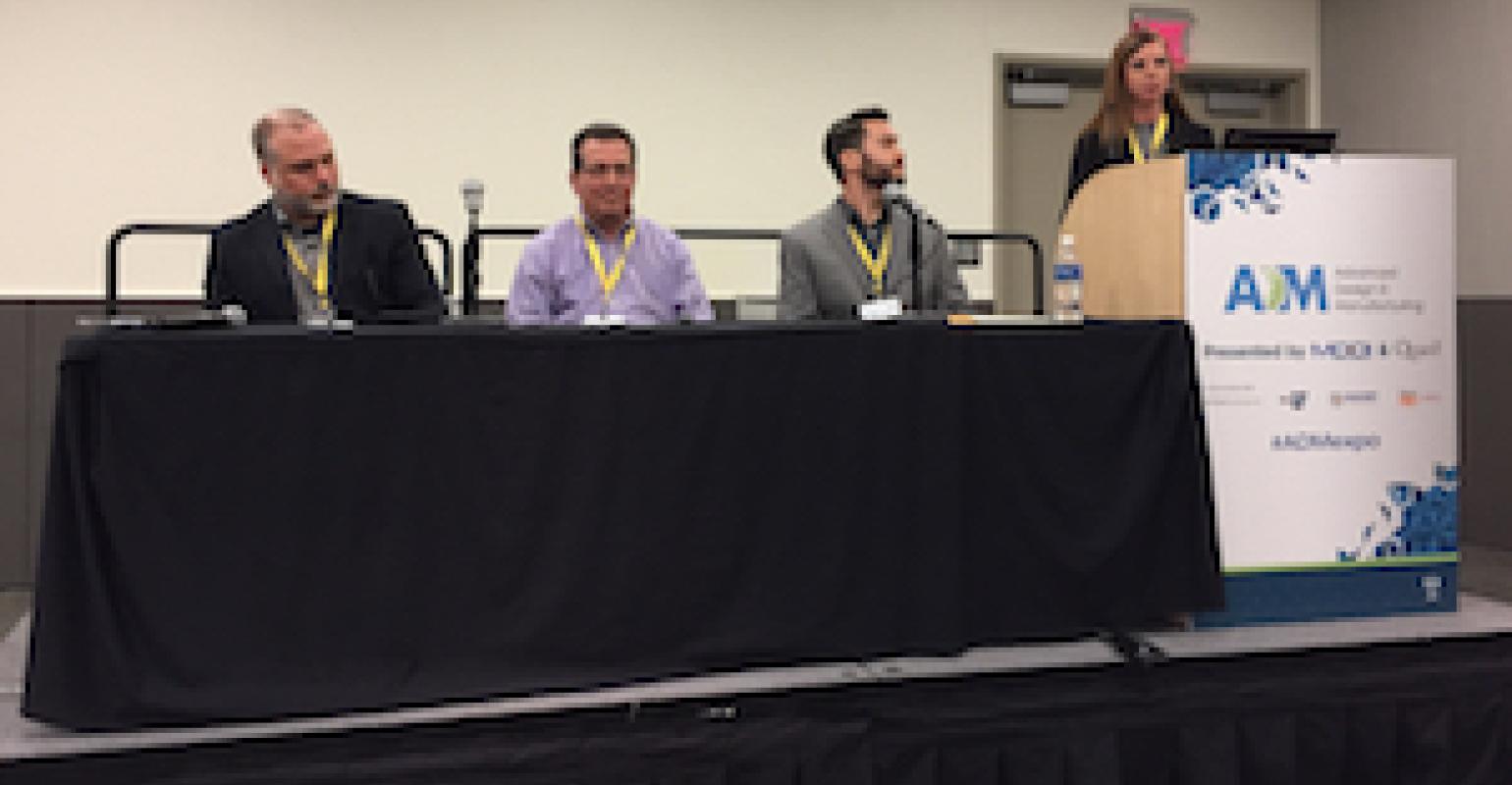 Will digital manufacturing go the way of digital music?

A panel discussion on 3D printing in the medical space during the Advanced Design and Manufacturing event in Cleveland takes a provocative detour.

When anybody can make anything anywhere, how do you protect your intellectual property? That was one of the provocative questions posed by Rene Polin, President and founder of Balance Inc., a design bureau in Cleveland, during a lively panel discussion on medtech-related 3D printing at Advanced Design and Manufacturing (ADM) Cleveland this week. One of the indisputable strengths of 3D printing—the ability to globalize data and manufacturing simply by sharing a file—also has the potential to be a weakness. The “democratization” of manufacturing apparently can be as messy as the political system from which the term is derived.

We’re not quite there yet—notwithstanding some of the DIY medical devices one hears about—but as the technology advances, the prospect of 3D-printing replicant devices for fun and profit is not far-fetched. And make no mistake—3D printing is evolving in leaps and bounds. That point was made time and again by the three panelists at the session, all of whom represented Ohio-based design bureaus that work with medical device OEMs. “You can’t really escape medical in Cleveland,” said Polin, referencing the world-renowned Cleveland Clinic and the region’s burgeoning medtech cluster.

Before the panel discussion and Q&A, Mark Cartellone, Engineering Director and Regulatory Specialist at SmartShape Design (Cleveland) and Polin set the stage by outlining the progress of 3D printing as well as its lingering limitations. The latter are well known: Relatively few compatible materials, precision and performance that falls short of injection molding, cost and scalability.

Current applications include patient-specific prosthetic devices and high-resolution anatomical models that surgeons can use to prepare for especially difficult procedures. Implants are another opportunity. “Say part of your pelvis or jaw needs to be repaired or replaced; you can produce a custom part using the scanned patient data, and the materials, which typically have a rougher finish, actually work really well for biointegration,” noted Polin.

As for the future, the sky’s the limit, said Slade Simpson, Senior Engineer at Design Central (Columbus, OH), who focused on emerging applications during his presentation. In addition to enabling the customization of medical devices in unprecedented ways, 3D printing also could make medical devices more affordable. “What if we sold designs and files instead of products,” mused Simpson, which inadvertently prompted speculation about the “napsterization” of digital manufacturing during the Q&A session. The technology also has the potential to usher in a revolution in drug delivery techniques, Simpson added, “not just in terms of personalized dosing and delivery profiles but by allowing the production of pills in novel sizes and shapes to maximize effectiveness, which is not possible with conventional technologies.”

Simpson also acknowledged the challenges, which are numerous. In addition to the IP issues and regulatory hurdles, he cited the material limitations, precision and performance and, most importantly, scalability. “We need better, faster, cheaper machines that can achieve economies of scale. When we are able to easily go from prototype to scale manufacturing, everything will change,” said Simpson.

At that point, all of the old design rules will be thrown out the door, added Polin. “Designers and engineers will have to learn to think differently. All of those drawings that designers used to make for things that could never be molded, now can be made.”

But will they be made by the company that owns the IP? It’s worth asking the question.