This Is Your Brain in Microgravity 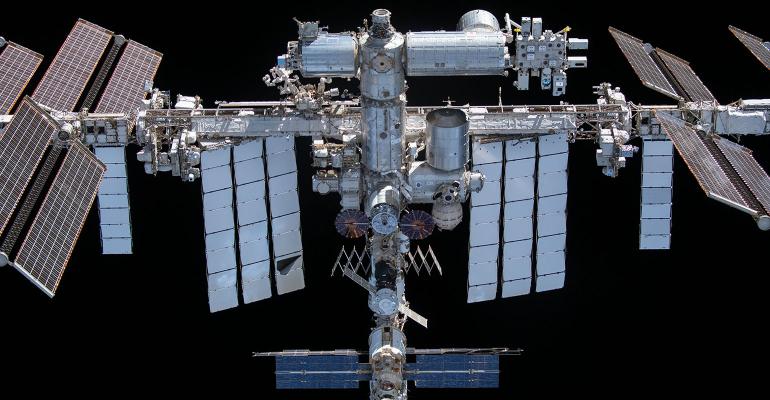 Emulate Inc.'s Brain Chip, an in vitro model of the human neurovascular system, will soon return from the International Space Station and, it's hoped, offer new insights on brain physiology.

Later this month, the Emulate Brain-Chip will be returning to Earth after an extended stay on the International Space Station National Laboratory (ISS-NL). Researchers hope that the organ-on-chip device’s sojourn in space will reveal new information regarding the effects of microgravity on human brain physiology. The results may benefit space travelers as well as Earth-bound populations.

The Brain-Chip developed by Boston-based Emulate Inc. is described as the most comprehensive in vitro model of the human neurovascular system, including the blood-brain barrier (BBB), for preclinical research. Chips that are about the size of a USB thumb drive contain two fluidic channels separated by a porous membrane. The vascular channel is lined with brain microvascular endothelial cells, while the brain channel contains cortical neurons, astrocytes, pericytes, and microglia. This allows researchers to study BBB function, the ability of drugs to cross the BBB, and the complex cell-cell interactions involved in brain physiology, disease, and drug response.

The space station payload includes 12 chips in a shoebox-sized piece of instrumentation custom designed for space flight. Automated environmental control, perfusion, fluid sampling, dosing, and fixation are part of the experiment. The research is aligned with the Tissue-Chips in Space initiative sponsored by the National Center for Advancing Translational Sciences at the National Institutes of Health (NIH) and the ISS-NL.

Emulate’s implementation partner SpaceTango led development of the instrumentation and is responsible for overseeing the logistics of sending the Brain-Chip to the ISS. SpaceTango has an agreement with NASA allowing it to manufacture and deploy commercial payloads to the space station for microgravity research and development.

Commenting to PlasticsToday about the scope of this project, Daniel Levner, PhD, Chief Technology Officer and co-founder of Emulate, noted that the NIH had the foresight to realize that organ-on-chip technology could further scientific understanding of the effects of space travel on human biology and health. “We are awaiting the chips’ return to Earth toward the end of the month. The hope is that the capability of conducting organ-chip experiments in space could shed new light on space biology, and even more so, that some of this understanding can help elucidate biological processes that also apply to life on Earth. Emulate is interested in seeing organ-chip technology employed in various sorts of research and drug-development applications, with space being one interesting example,” said Levner.

By comparing the human Brain-Chip response to an inflammatory stimulus under reduced gravity conditions versus its response back on Earth, researchers will be able to investigate differences in cytokine production, BBB permeability, and morphology, Levner added in a prepared statement. “Previous studies . . . have shown changes in endothelial cell morphology in 2D cultures in space as well as many changes in astronaut immune function during space flight. Understanding how the immune system interacts with organ biology in microgravity will be important for future research, and we are honored to be a part of this project,” said Levner.

Earlier this year, the Emulate Brain-Chip was named one of the Top 10 Innovations of 2021 by The Scientist.

The organ-chips are produced from a silicone rubber, Levner told PlasticsToday. That material was selected both because of its transparency, which allows the use of microscopy to image cells within the chip, and its flexibility. The latter property enables researchers to apply mechanical forces, “which we’ve learned is an important biological cue to different cell types,” said Levner.

Organ-on-chip technology was pioneered at the Wyss Institute for Biologically Inspired Engineering at Harvard University; molding and manufacturing the chips in sufficient quantities presented unique challenges, said Levner. “We invested significantly in solving these challenges during Emulate’s early days, since we realized that volume production was required in order for our technology to be suitable for broad adoption through pharma and academia.”

One of Emulate’s breakthroughs involved successful molding of the porous membranes at the heart of the chips. “It's important that the pores remain open so that chemicals and cells can pass through them,” explained Levner.

Chip assembly was an equally challenging process, as the different layers must be precisely aligned, and the membrane cannot be allowed to sag. “We also invested heavily in quality control, as it is important for us to provide robust and effective products,” said Levner.

Founded in 2014, Emulate announced the close of an $82 million Series E financing round led by its investor, Northpond Ventures, in September 2021. To date, it has raised nearly $225 million. That is seen by the company as validation of its belief that organ-on-chip technology will transform drug discovery and development and ultimately eliminate unnecessary animal testing.