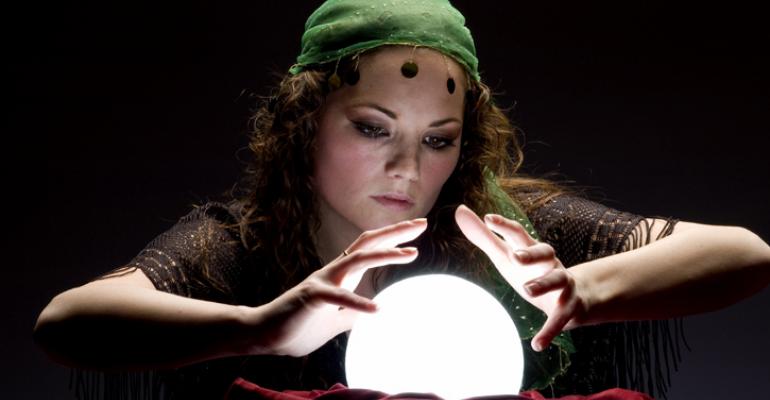 It might have seemed as if the sky were falling for the medical device industry in 2014, given the rhetoric surrounding the effect the device tax would have on growth and innovation and companies cutting tax inversion deals, but the sector had a pretty good year. At this juncture, 2015 looks even more promising, as innovations in materials and new technologies forge ahead and a repeal of the device tax appears within reach.

It might have seemed as if the sky were falling for the medical device industry in 2014, given the rhetoric surrounding the effect the device tax would have on growth and innovation and companies cutting tax inversion deals, but the sector had a pretty good year. At this juncture, 2015 looks even more promising, as innovations in materials and new technologies forge ahead and a repeal of the device tax appears within reach. 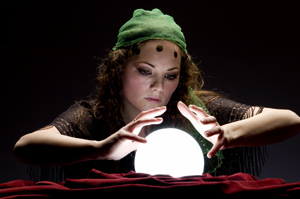 Market growth in the medtech sector is forecast to hold steady at 4.4% CAGR through 2018, according to life sciences analysis firm EvaluateMedTech, with sales of medical devices expected to reach a value of $384 billion worldwide in 2015. The United States remains the largest medical device market, representing about 38% of the global sector, according to the U.S. Department of Commerce. Given projected overall growth for the U.S. economy in 2015 and beyond, the possible repeal of the device tax, and continued demand for advanced medical technology in emerging markets, the future, indeed, is relatively bright for the medical device industry. That's the macro outlook. Here are my micro predictions for 2015.

Consolidation up and down the supply chain

Whether it was because of perceived tax inversion benefits or for competitive advantage, mergers and acquisitions were a key trend in the medtech space in 2014. It ain't over yet.

The Medtronic-Covidien deal rocked the medtech world in 2014, but Zimmer's $13-billion acquisition of crosstown orthopedic rival Biomet also made its mark. Going into 2015, talk continues to swirl around a Stryker takeover of Smith & Nephew, with Stryker structuring the takeover as a tax inversion deal, according to Bloomberg. As medical device companies look for ways to thrive amid cost-containment pressure and outcomes-based reimbursement, M&As and consolidations will continue to be a tool at their disposal.

The mindset driving acquisitions of startups will shift, however, according to John Babitt, Partner, Ernst & Young. Incremental improvements in existing technologies will not be enough to get medical device companies to the bargaining table. Instead, medtech companies will look for startups that can help hospitals cut costs, improve efficiency, and achieve better outcomes, Babitt told sister brand MD+DI earlier this year. He also sees great promise in companies that bring new technologies to consumers. "The companies that are able to bring technologies to consumers, such as wearables and other types of medical technology--those types of entrants are very interesting and those companies are going to get funded," Babitt said. "If they look at the landscape beyond the hospital, that really represents very fertile ground for the medtech sector," Babitt told MD+DI.

More outsourcing companies are adopting a one-stop shop model to provide the entire range of outsourcing activities to OEMs, Amy To, pharmaceutical and medical devices analyst at the research company Visiongain, recently told sister brand EMDT. Although there are still small CMOs [contract manufacturing organizations] with revenue of less than $5 million, she expects that the outsourcing industry will follow in the footsteps of the medical device industry with more consolidation in the near future. "We have seen a number of leading CMOs carry out acquisitions over the last few years to bolster up their service offerings," To told EMDT. This trend is not waning, and we can expect more of this activity in 2015 as suppliers compete for business from medtech OEMs.

House Republicans have voted more than 50 times to amend the Affordable Care Act (ACA) since it went into effect to no avail. Look for a reversal of fortune in 2015. What a difference a midterm election makes.

The Washington Post declared the medical device industry one of the five big winners of the midterm elections because a Republican majority in Congress effectively puts the 2.3% excise tax that is part of the Affordable Care Act on life support.

Repeal of the device tax is one of the affirmed objectives of new Senate Majority Leader Mitch McConnell (R-KY). It should be noted that Republicans are not alone in this crusade. Democrats with high concentrations of medical device companies in their states, such as Elizabeth Warren (D-MA) and Al Franken (D-MN), have also expressed their support.

The White House historically has opposed a repeal unless alternate ACA funding, amounting to $30 billion over the next decade, can be found.

It's still a materials world

As reported in PlasticsToday in July 2014, the global market for disposable medical products is on track to maintain robust growth into the next decade, according to a report from TriMark Publications LLC. Growth has averaged 12.5% per year during the past two decades, says the medical markets research firm, and demand for polymers will continue to increase as medical device designers seek to replace metal and glass with plastics that offer similar performance at lower cost.

This year saw a number of metal parts in medical devices replaced by PEEK, a trend that will continue. One recent example is an FDA-cleared PEEK-based cervical implant that replaced a titanium part.

As healthcare facilities continue to battle hospital-acquired infections, materials researchers are redoubling efforts to develop chemical-resistant polymers designed for medical applications that can withstand repeated disinfection. Despite considerable progress made in preventing HAIs, they remain a worrisome trend: Approximately one in 25 patients will contract a hospital-acquired infection (HAI), according to the Centers for Disease Control and Prevention (CDC).

As in the other vertical markets that PlasticsToday covers, sustainability is gaining traction in the medical space. Eastman Chemical introduced a copolyester for rigid medical packaging in 2014, touting, among other features, its lightweighting properties. Eastman told PlasticsToday that the material provides medical device OEMs with an opportunity to design a more economical package that delivers savings throughout the supply chain via fuel economy and reduced transportation costs. Although sustainability has not been a pressing concern for the medtech industry in the past, it is bound to get more attention. One recent survey noted that more than half of all hospitals incorporate sustainability into their purchasing decisions; this is expected to increase to 81% in the next two years.

When a Medtronic executive says publicly that its arch competitor in 20 years will not be Boston Scientific or St. Jude Medical, but Google, people sit up and take notice.

Also heralding the birth of a new medtech order, MD+DI named Google the medical device company of 2014. The magazine listed a number of accomplishments to support its pronouncement, including the smart contact lens technology that Google licensed to Swiss eyecare company Alcon in 2014. You can expect Google to further its medtech ambitions in 2015 and beyond. Keep your eyes on Google's Calico (short for California Life Company), a biotech research firm that, in the words of Google cofounder Larry Page, will "focus on health and well being—in particular the challenge of aging and associated diseases."

Meanwhile, Apple has been actively hiring medical device professionals and continues to affirm its commitment to developing medical apps for its products, notably the Apple watch, which will come on the market this year.

To realize their ambitions, tech companies will need to keep their hubris in check, however. I was struck by a comment made by Page, quoted in the MD+DI article, saying that "we regulate ourselves out of some really great possibilities." Similar comments abound among LinkedIn groups devoted to digital health and such. Medical device manufacturers may gripe about FDA and other regulatory bodies, but they also recognize that some degree of regulation is necessary. Newcomers to the device industry are understandably frustrated by the regulatory pathway to market, but they need to recognize that medical devices require more oversight than a phone. Fixing a bug once the product is in use with a download is not acceptable. Risk analysis, careful system design, and compliance with medical manufacturing standards are an integral part of the roadmap for products that serve a medical purpose.

Mobile medical devices on the move

An aging population with increased need for medical care will drive the mobile medical apps market, with at least 500 million smartphone users worldwide tapping into health-related apps this year, according to Jeannette Tighe of technology and product development consultancy Sagentia, who spoke with MIT Technology Review recently.

Business consultancy Lux Research predicts that mHealth will grow to a $41.8 billion market by 2023. The changing nature of health economics is making mHealth an inevitable force, Lux Research Associate Nick Kurkjy told PlasticsToday in July 2014. Outcomes-based reimbursement and the emphasis on preventive care in the Affordable Care Act (aka Obamacare) will give mHealth devices and apps added traction, according to Kurkjy. The sector has been quite active in the last couple of years, and that will continue in 2015, leading to a surge in applications and sales for the foreseeable future.

From patient-specific scaffolds that could revolutionize meniscus repair to custom airway stents, 3D printing has been at the root of an amazing number of breakthroughs in medical applications in 2014, and it's only getting started.

In orthopedics and other implantable applications, the customization capabilities and immediacy of 3D printing will continue to revolutionize medical care. There are some caveats, of course, notably the limited materials available and the regulatory pathway. Regarding the latter, the good news is that FDA seems to be working with the innovators. See our interview with Steven K. Pollack, PhD, Director of the Office of Science & Engineering Labs at FDA, for more on this.

The use of 3D printing to produce injection molds has been rightly called a disruptive technology, and it is coming to the medtech arena. Additive manufacturing systems heavyweight Stratasys and design and development company Worrell are teaming up to promote the practice among medical device OEMs. Prototypes can be molded in final production materials as much as 95% faster and for 70% less cost using 3D-printed injection mold tooling instead of traditional aluminum molds, according to the companies. They will be hosting workshops and attending international trade shows to bring the message to companies throughout 2015. For more on this, read "Stratasys, Worrell team up to promote use of 3D-printed molds in medical manufacturing."

Other areas that will continue to see progress in 2015 include:

Resorbable polymers that enable the development of implantable devices that perform a function over a defined period of time and then break down and are resorbed by the tissue, leaving no trace in the body.

Ongoing, steady decline in the use of DEHP-plasticized PVC in medical applications, as the European Union's ban on the use of DEHP in most medical devices takes effect in February 2015.