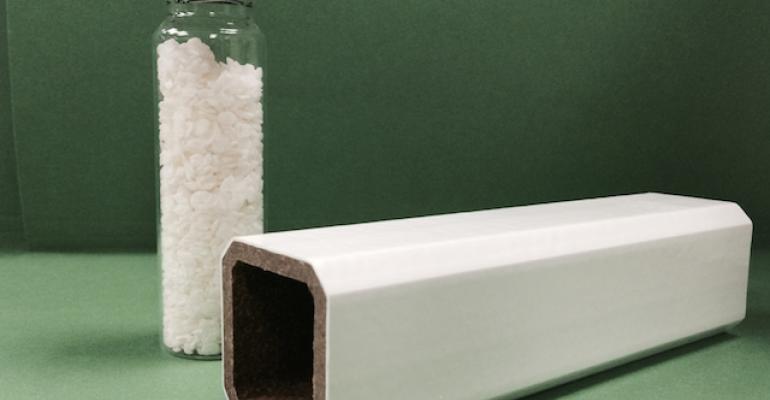 Metabolix Inc. (Cambridge, MA), an advanced biomaterials company focused on sustainable solutions for the plastics industry, presented its latest findings on the multifunction benefits of bio-based PHA copolymers in a range of applications for polyvinyl chloride (PVC) and wood polymer composites (WPC) at the Vinyltec 2015 conference last week in Akron, OH.

Metabolix Inc. (Cambridge, MA), an advanced biomaterials company focused on sustainable solutions for the plastics industry, presented its latest findings on the multifunction benefits of bio-based PHA copolymers in a range of applications for polyvinyl chloride (PVC) and wood polymer composites (WPC) at the Vinyltec 2015 conference last week in Akron, OH. 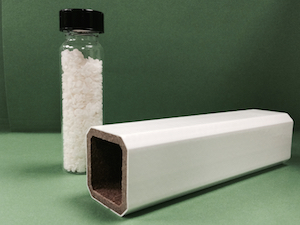 In an interview with PlasticsToday after the conference, Max Senechal, Vice President of Strategy and Commercial Development for Metabolix, said that PVC is one of the three main platforms the company is developing with PHA as the core technology. New research is leading to the development and commercialization of PHA biopolymer technology that improves processing and performance characteristics in a range of PVC applications, including flexible, semi-rigid and WPCs, particularly when high levels of fillers and PVC reclyclate are incorporated.

Among the findings, Metabolix has shown that its PHA biopolymers—highly miscible in PVC—can be used as process aids that act as both a lubricant and fusion aid with a resulting reduction in machine torque to increase ease of processing. The use of PHA also allows the increased use of mineral fillers, wood flour or PVC reclyclate with improved properties of the final parts. Another key finding is that all of these performance and processing advantages can deliver significant cost improvements.

Senechal noted that the unique of aspect of PHA and PVC is that the materials are completely "miscible—they blend well and will not fight each other," he explained. "The two materials completely blend one into the other as opposed to merely co-existing with one another. This opens up an array of options for using PHA as an additive in PVC."

Senechal further explained that, on their own, "PHAs will biodegrade in soil, water and any environment where there is microbial activity" and this makes them "ideal for applications where that feature is important. Using sugar as a source of energy, engineered microbial cells make PHA and when put back into nature, microbes recognize PHA and use it."

While this biodegradability is a function and feature that some companies want, in many applications in PVC PHA may not be an obvious choice because of its biodegradability. WPCs, for example, are used in building and construction applications such as decking, railing, trim profiles and so forth. When PHA is used, it acts as an internal lubricant and helps the wood-flour blend, promoting compatibility between the wood flour and PVC, resulting in an improvement in the mechanical properties."

Obviously, you don't want your decking or railing degrading, but Senechal assures users that this aspect was one of the first things they looked at when they began developing PHA for PVC in building and construction (B&C) applications. "We checked and found that when you add 3 to 5% PHA into the PVC, the components won't begin degrading. Even at 15% PHA there's no degradation observed. It's so miscible that it becomes a new polymer matrix," he emphasized. "It's more than a blend but rather a homogeneous matrix between the two."

Currently Metabolix is working with a range of manufacturers in developing this application. The company recently announced its success with Integrity Composites LLC (Biddeford, ME). Metabolix is also working with a few other companies in this market segment, as well.

When it comes to recycling, PHA also is a "good compatibilizer" between virgin PVC and recycled PVC because of its miscibility. "PHA leverages its unique properties and we're trying to bring this important aspect of PHA into PVC recycling," said Senechal. "Adding PVC recyclate to virgin PVC is difficult. We're seeing 30+ years of service life in most PVC as it is coming to the end of its life in building and construction applications. In addition, there's a big influx of post-consumer material coming home to roost. There is quite a bit of post-industrial or post-manufacturing waste being processed from the trim scrap. Adding PHA to the PVC lets manufacturers go to a higher level of recyclate. This also increases the sustainable profile and lowers the cost."

Another important aspect, noted Senechal, is that using PHA as an additive allows compounders to remove other additives. "Our PHA biopolymers offer a range of processing and performance improvements while delivering an economic benefit to PVC converters and brand owners. What's the point unless you're improving performance or reducing costs or both?" he stated. "Our presentation at Vinyltec was well received. It gave a new angle to an old industry—a mature industry—and [customers] like to see something new, something that opens new opportunities and provides a new tool in the tool box."