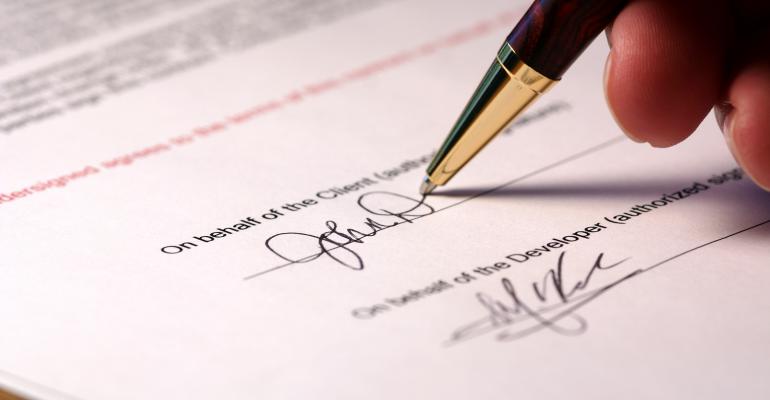 Thomas E. Blaige, chairman & CEO of Blaige & Co., told PlasticsToday that plastic business owners should start exploring options to help grow and become more successful in the competitive marketplace. "The playing field is changing," he said. "There could be more risks by doing nothing; they need to go beyond their comfort zone."

Despite the global financial crisis, plastics M&A activity in recent years has remained well above the long-term average level, implying that the industry has unique characteristics and thus, does not mirror general industrial M&A activity trends, according to Blaige. This could hold many implications for buyers and sellers of plastic processors, including unique opportunities for those small to mid-sized companies, which make up the majority of the industry.

The plastic processing segments, which include blowmolding, injection molding, and thermoforming, analyzed by Blaige's firm indicate that the U.S. market is comprised of 1450 plastic processors. Made up of primarily small to mid-sized companies, 97% of those have annual sales of less than $500 million, with 78% under $50 million.

Globalization driving growth
Plastics M&A deal volume has continued steady growth, increasing from about 200 to 500 deals annually since 2001. This growth has been primarily driven by globalization and strategic motivations, which account for more than 80% of the transactions.

In both 2001 and 2012, 68% of all plastics M&A deals included an international participant. International-only deals have increased from 40% of all M&A deals in 2001 to 45% in 2012, reflecting an ongoing trend toward globalization in the past decade, according to the report. While the proportion of U.S.-only deals has remained constant at 32% since 2001, the number of U.S.-only deals more than doubled over the period.

Big getting bigger, widening "gap"
About 58% of the segment leaders have merged or sold within the past decade, with a focus on critical mass and driving economies of scale, according to Blaige's research. Among remaining leaders, those with greater access to capital are three times larger than their privately funded counterparts. Blaige believes these larger global consolidators and private equity owned companies are in a stronger position to survive the ups and downs of the market and fund projects for growth, giving them the edge in the environment of even greater consolidation that lies ahead.

Sellers' market—quality/size matter
As the plastics industry M&A volume has continued to increase despite the global financial crisis, it appears that global consolidation has a greater influence than economic cycles. The implications of this for buyers and sellers of plastics processors are unique, Blaige said. Potential sellers and managers should be cautious in applying typical industrial buy and sell decisions and thought patterns to plastics M&A.

Data already indicate that the "sophisticated" sellers, corporate and financial/institutional sellers have been on top of the current wave of favorable sell-side market conditions.

However, according to Blaige, private and entrepreneurial owners often wait too long to respond to market developments and sell on the back end of the cycle or "miss the wave."

"When owners try to negotiate a deal themselves, they can do themselves a disservice and can leave 20% to 30% proceeds on the table or the deal can fall apart due to communication issues," Blaige said. "Something could get misinterpreted and they walk away not meeting their expectations."

Still, indications are that many private sellers are now beginning to explore market opportunities for 2013 and 2014.

Additionally, capital availability has shown a 10-fold increase, pushing valuation multiples back to near record levels.

Lead, follow, or get out of the way
Global consolidation is expected to accelerate, further changing the competitive landscape, and recent "shocks to the system" such as the financial crisis, foreign competition and increasing material prices will be permanent game changers for succession planning, according to the report.

It is a sellers' market, but Blaige believes CEO's must develop and effectively execute consolidation in order to survive and thrive. His advice? They must lead (acquire), follow (merge) or get out of the way (sell).

The report said that throughout the past 12 years, industry leaders that have emerged as the top 10-20% of plastics companies maintain their leadership status through aggressive M&A strategies, which include the best acquisitions and selective divestitures.

Another 10-20% of the industry is made up of consolidatees or "followers" who are rapidly losing market share and are required to go through restructuring and/or make divestitures.

The majority of the industry, small to mid-sized processors, are gradually losing market share to their stronger competitors, Blaige said.

Based upon all of the facts analyzed for this study, Blaige's report recommends that, plastic processors and converters commit to grow $100 million or more in order to secure a solid competitive position for future success. Further, institutional practices are mandatory for small and mid-sized players to access financing and M&A markets.

M&A panel
At The Packaging Conference (Feb. 4-6; Atlanta, GA) a panel of professionals in packaging M&A reviewed current trends and strategies in the space.

One story that was a hot topic was Berry Plastics' IPO sized at $470 million.

"I was pleased to see Berry complete its IPO," said Adam Piatkowski, managing principal at Graham Partners. "I do think it's a positive sign that equity and credit markets are healthy."

The packaging industry, in particular, is an attractive market due to its stability, he said.

"There tends to be a lot of innovation in packaging," Piatkowski said. "The continuing evolution of a product drives growth—whether it's in pouches, bottles, or barrier technology."

Nicholas San Filippo, partner at Lowenstein Sandler, recommended for the small to mid-size business owner, a rigorous audit of the due diligence process, which can help companies take advantage of new business opportunities but also minimize risk.

Still, it's hard for some entrepreneurs to look into selling a business they built from the ground up.