When is 'green' not really green? According to As You Sow, an environmental group that put the pressure on Mondelez International, headquartered in Deerfield, IL, green is the color of paper.

When is 'green' not really green? According to As You Sow, an environmental group that put the pressure on Mondelez International, headquartered in Deerfield, IL, green is the color of paper. The group asserts that unrecyclable packaging wastes resources and contributes to the "growing pollution of world oceans." Recently Mondelez, the "world's largest" snack food company and producer of brands such as Oreo, Chips Ahoy, Trident gum and Philadelphia cream cheese, received 28.4% shareholder support representing $11.9 billion worth of shares to change its food packaging from "unrecyclable" plastic film to cardboard packaging, at the food company's annual meeting. 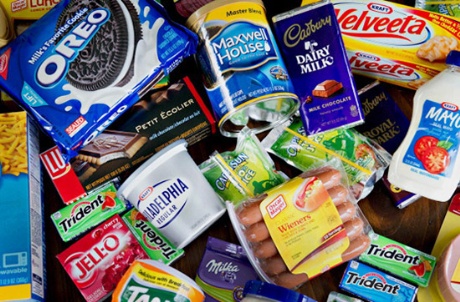 "Shareholders should be concerned that the company is selling packaging that is designed to be dumped in a landfill," said Conrad MacKarron, senior vice president of As You Sow. "Using unrecyclable packaging when alternatives are available leads to increased use of virgin materials and wastes enormous amounts of valuable resources that could be reused many times over."

Once again we see the narrow-minded viewpoint of the "greens" that continue to tout alternative packaging such as cardboard as "greener" than unrecyclable plastic. The major reason being cited is that this "unrecyclable" plastic ends up in the oceans. And once again, I'll repeat my mantra: Plastics in the oceans or along roadsides is a people problem, not a plastics problem! Otherwise we wouldn't be seeing glass bottles, paper and paperboard trash strewn about along beaches and roadsides.

Why doesn't Mr. MacKerron encourage Mondelez to package its cookies and other snacks in recyclable plastic packaging?  I can guess. It's most likely because Mr. MacKerron is against plastic, but not because he's such a huge fan of recycling. There are plenty of recyclable plastic alternatives that are much "greener" to produce than paperboard. However, getting people to recycle recyclable packaging of any type - paper, cardboard or plastic - is the bigger problem!

People will recycle if it's convenient such as curbside pickup or local recycling bins that are easy to access. As well as if they are educated about the tremendous need for recycled plastics by major manufacturers that use recycled materials in products such as carpeting, decking and fencing, and other building and construction products and much more.

In January, an extensive study was released that sought to answer the question, "if plastic packaging were replaced with alternative types of packaging, how would energy consumption and greenhouse gas emissions be affected?" Commissioned by the American Chemistry Council (ACC) and the Canadian Plastics Industry Association (CPIA), Franklin Associates, a division of ERG, conducted this study of plastic packaging substitution for predominant packaging resins.

The study was based on a similar study done in 1990 for the Society of the Plastics Industry, and is also patterned after a 2010 study on plastics and alternatives commissioned by PlasticsEurope. Plastics examined for this recent study were the same as the European study: predominant packaging resins including low- and high-density polyethylene (LDPE/HDPE), polypropylene (PP), polyvinylchloride (PVC), polystyrene, expanded polystyrene (EPS) and polyethylene terephthalate (PET).

So, let's face the cold (or warm - however you see it) hard facts, Mr. MacKerron: it takes far less energy and far fewer resources to produce plastics packaging than it does paper or paperboard. If you've never been to a manufacturing facility that makes paper you really need to take tour (these plants are located on rivers for a reason). And if you've never been to a plant that manufactures plastic packaging, I can get you into one for an eye-opening plant tour any time you're ready to be educated. Facts are important in this debate!

And remember, just because something - whether it's paper of plastic - is recyclable doesn't mean that it will be recycled! As I said earlier in this piece - lack of recycling is a people problem NOT a plastics problem!

In the meantime, I'd recommend that your organization, as well as the management and shareholders of Mondelez International, check out this study: https://www.plastics.americanchemistry.com/Education-Resources/Publications/Impact-of-Plastics-Packaging.pdf.