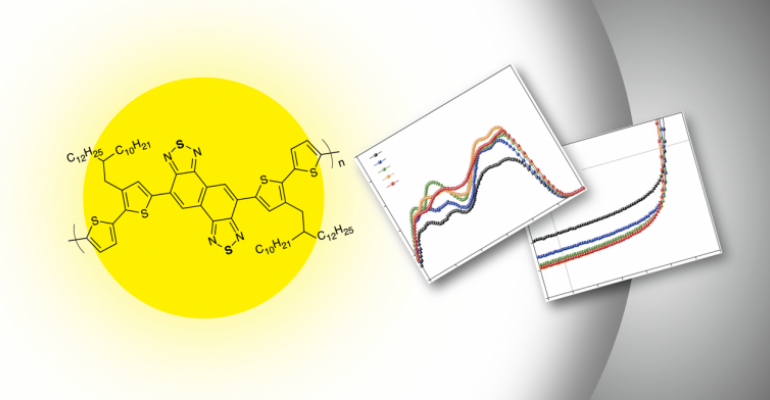 As the world increasingly looks to alternative sources of energy, inexpensive and environmentally friendly polymer-based solar cells have attracted significant attention, but they still do not match the power harvest of their more expensive silicon-based counterparts.

As the world increasingly looks to alternative sources of energy, inexpensive and environmentally friendly polymer-based solar cells have attracted significant attention, but they still do not match the power harvest of their more expensive silicon-based counterparts. 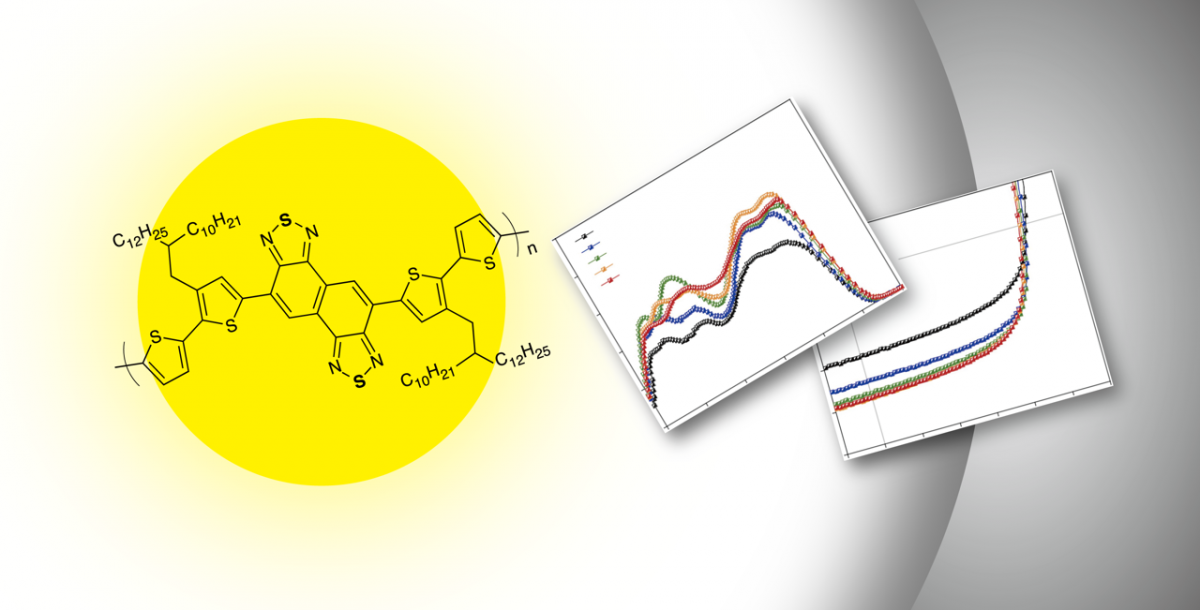 Now, researchers at the RIKEN Center for Emergent Matter Science and Kyoto University’s Department of Polymer Chemistry have shown that a newly developed polymer can minimize energy loss as well as silicon-based solar cells when converting photon energy from sunlight to electricity.

Solar cells work because photons from the sun strike electrons and move them into a position where they can create an electric current. Photon energy loss—the amount of energy lost when converting photons energy from sunlight into electric power—was greater in polymer-based solar cells than in silicon-based ones.

“In polymer-based plastic solar cells, larger photon energy loss causes lower voltage. This has been one of the largest limiting factors for efficiency,” explains Hideo Ohkita, one of the authors of the study, which was published in the Dec. 2 issue of Nature Communications. “The new polymer has the potential to lead to a breakthrough on this issue.”

The group began working with the new polymer, where oxygen rather than sulfur atoms are located at key positions, and found that the new material was able to overcome some of the key obstacles to extracting and utilizing greater energy from sunlight.

“Since this new polymer greatly reduces photon energy loss, it has allowed us to achieve a superb power conversion efficiency of nearly 9% with a very high open-circuit voltage in plastic solar cells,” explained Itaru Osaka.

An efficiency of 15% is usually seen as a breakthrough level that will allow polymer-based cells to be commercialized.

“By achieving both a high short-circuit current and a high open-circuit voltage,” he continued, “achieving a power conversion efficiency of 15% in single-junction cells is a realistic goal. This would have huge implications for the solar energy sector.”