New TV series to focus on sustainable packaging, but is there a catch?

While some of Hollywood's best and brightest were out hobnobbing with other industry folks at the 2013 Oscars, it appears that actor Martin Sheen was focused on packaging.

While some of Hollywood's best and brightest were out hobnobbing with other industry folks at the 2013 Oscars, it appears that actor Martin Sheen was focused on packaging.

Sheen, perhaps best known for his performance as President Josiah Bartlet in "The West Wing," will feature sustainable packaging in an upcoming series to air on PBS, according to a news release. This In Focus with Martin Sheen series will look at various ways that companies save money and help the environment by reducing the amount of packaging on the goods and items they produce and sell. 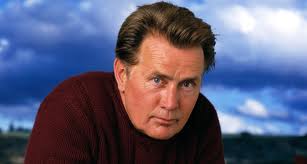 Okay, so at first glance this series sounds interesting, especially because the release specifically mentioned plastics. The news release touted that this Martin Sheen show will be carried on public television outlets across the United States and will profile different companies across the economy that have reduced their ecological footprint and their expenses by embracing sustainable packaging.

But a simple Google search of "In Focus with Martin Sheen" also has the word "scam" tied to it. This brought up a December Washington Post article with the headline, "Production firms stir suspicion among networks, would-be clients."

According to the article, a high school principal said the producer of a TV program called In Focus said he wanted to feature her school in a short segment about stellar educational institutions.

"I thought, 'Martin Sheen has a TV show?'" she told the Washington Post. "I wasn't aware 'West Wing' was still on."

The In Focus website says that it produces interstitial programs, which are "short form" editorials that are three to five minutes in length and "are used to bridge the gap between longer Public Television programs." On the FAQ section of the website, the company says the programs air independently as stand-alone segments, and at the discretion of each individual public TV station.

In the contract, the In Focus programs gives the participants copyright control over the material it shoots, which a professional news organization would not permit, the article stated.

It appears the company approaches various businesses and trade association with the intent to produce "flattering" segments. While the programs may attempt to mimic the look and feel of an educational documentary, they are actually infomercials.

Still, some see this as an opportunity to reach a broader audience, especially with a name such as Martin Sheen tied to it. In contract documents, In Focus says the videos have potential viewership of 60 million households.

For example, The Museum of Spanish Colonial Art in Santa Fe, NM, signed an agreement with In Focus to be in one of its videos, Donna Pedace, its executive director, told The Washington Post. Pedace said, "she was impressed by Sheen's involvement and the chance to appear on public TV stations across the country."

"We're a small nonprofit," she said, "I made a calculated decision that if they're able to get even a percentage of the exposure they described, it would be far more than we would be able to do on our own."

One person commented on the story had worked in PR for associations for a number of years and said that "pay for airtime" companies are very persistent, once they get any interest from an organization at any level.

"Basically you are paying them to make a very expensive, short video, which you can show to the public or your board of directors, or at a company meeting," the user commented. "This may make your people feel good, but don't expect major airtime on any network. Sometimes they seem to imply they are with PBS, or cable outlets, or, my favorite, an airline inflight video company."

If you're in the sustainable packaging arena and get approached by Martin Sheen, make sure you do your homework before agreeing to anything.