Wearable devices? They are so 2014. At least, that's the message from Nintendo, which has announced that it is developing a platform that leapfrogs mobile and wearable technologies and dives into a "new blue ocean" of nonwearable technology. The objective is to improve user quality of life; loosely defined health monitoring is one of the ways in which Nintendo hopes to achieve that goal.

Wearable devices? They are so 2014. At least, that's the message from Nintendo, which has announced that it is developing a platform that leapfrogs mobile and wearable technologies and dives into a "new blue ocean" of nonwearable technology. The objective is to improve user quality of life; loosely defined health monitoring is one of the ways in which Nintendo hopes to achieve that goal. CEO Satoru Iwata outlined this new strategy at a briefing for investors at the end of January, 2014.

Nintendo is joining a pack of companies dipping their toe in the medtech space that have the resources to shake up the medical technology business landscape in the years ahead. Google's contact lenses that could detect glucose levels got a great deal of media attention last month. Apple has been hiring employees with a medtech pedigree, and it's rumored that its next operating system, iOS8, will include a number of medical-related monitoring features. Qualcomm Life continues to refine its cloud-based 2net Mobile platform, which captures and transmits medical device data. And AT+T recently hired mobile health visionary Eric Topol, MD, as its new chief medical advisor. 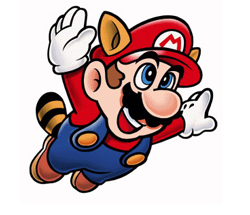 "We wish to achieve an integrated hardware-software platform business that, instead of providing mobile or wearable features, will be characterized by a new area of what we like to call nonwearable technology," Iwata said during the corporate policy and 3Q financial results briefing. He was predictably short on specifics, but monitoring applications were mentioned, an area where Nintendo can bring something new to the table, he noted.

People need to make an effort to engage in healthy behavior, and they often lose focus and fall short. On the therapeutic front, patient noncompliance is a well-known bugaboo of medical professionals. Nintendo's traditional strength as an entertainment company that keeps users engaged—some might say addicted—can be a game changer in this regard, according to Iwata. This expertise combined with nonwearable technology—"the biggest differentiator of this new business field"—can help to make people more engaged in the pursuit of their wellness and health monitoring objectives. "We will be able to provide feedback to our customers on a continual basis and our approach will redefine the notion of health consciousness and eventually increase the fit population," proclaimed Iwata.

Of course, this business strategy will form a virtuous circle with the company's other activities, informing Nintendo's core business by providing the company with "new themes that it can turn into games operating on our future videogame platforms," said Iwata.

The use of gaming technology to advance health objectives is not new. There's the Wii Fit, of course. French company Movea envisions aligning motion sensors with gaming consoles to foster fitness awareness among young people. And more recently, New Zealand company SPARX got a lot of attention for a videogame concept that has the visual and narrative appeal of World of Warcraft but is designed to help young people work through depression and feelings of anxiety.

An article in the British medical journal BMJ described a multicenter randomized controlled trial which found that Sparx improved depressive symptom reporting and remission rates compared with conventional treatments. The company hopes to develop new versions of the game to treat young people with diabetes or asthma. The reasoning is that people with chronic conditions have a higher incidence of depression and anxiety, and they have trouble following their course of treatment because they are depressed, Frank Otenasek, co-founder of LinkedWellness, a startup that is backing Sparx, told imedicalapps.com.

LinkedWellness hopes to begin trials for these targeted versions of Sparx in the early part of this year.

"Play is the work of children," Swiss developmental psychologist and philosopher Jean Piaget famously said. In today's world, play increasingly can be the work of anyone who has a health condition to monitor, or who simply wants to improve his or her quality of life.