Coca-Cola made a pledge to recycle all soft drinks bottles that were disposed of at Olympic and Paralympic venues and return that waste into new bottles within six weeks. The October after the games were played, Coca-Cola announced that it had recycled 10.5 million bottles collected from London 2012, returning them to Great Britain shelves as part of new bottles. 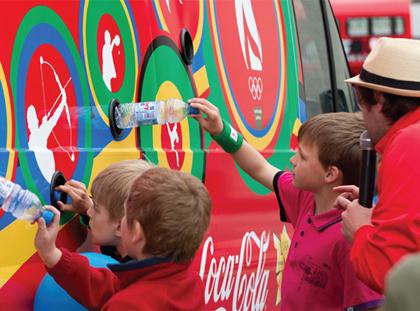 Several months after the last medal was awarded, The Commission for a Sustainable London 2012, published its post-games report, attempting to quantify the sustainability efforts of London 2012.

The Commission concluded the Games were successful in most of its environmental objectives, and was on track to meet targets to send zero waste to landfill and ensure 70% of waste is re-used, recycled, or composted.

"London 2012 has raised the bar on sustainability, not just for future Olympic and Paralympic Games but for industry, and for the organisers of major events the world over - from music festivals to football World Cups," said Shaun McCarthy, chair of the Commission for a Sustainable London 2012.

"By being open to learning from these successes as well as the missed opportunities, future major projects could even out-perform London 2012's sustainability achievements."

The next Olympics will take place in Sochi Russia in 2014.

Apparently when Russia campaigned for the Olympics, it promised a zero waste initiative that would provide the "cleanest games of all time."

On the Sochi website, it defines zero waste as "«Zero waste» principle means also «zero losses» principle that implies not only reduced volumes of garbage but also recovery and recycling of used-up products, components and materials that they consist of. Implementation of «Zero waste games» dimension is based on generally avowed initiative 3R - Reuse, Reduce, Recycle. Proposed scheme of waste treatment is viewed as being a front-edge one not only for the city of Sochi but also for Russia in general, and it implies the following arrangements."

The Associated Press found out the Olympic organizers are falling short of their zero waste promise.

"On a visit last week to Akhshtyr, just north of Sochi, The Associated Press found that Russia's state-owned rail monopoly is dumping tons of construction waste into what authorities call an illegal landfill, raising concerns of possible contamination in the water that directly supplies Sochi," the report stated.

In addition, the AP reports: "Russian Railways is not alone in dumping illegal waste. Just a couple of kilometers down the 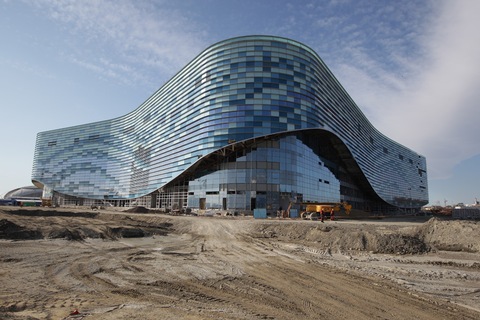 road from the Akhshtyr quarry, a dirt path leads to a tiny village cemetery on a hill. Ten steps away from the cemetery is an improvised dump the size of a small cottage with builders' helmets, plastic packaging and slabs of concrete. Other illegal dumps dot the Sochi area."

There's only one small recycling plant for household waste in Sochi.

Rashid Alimov, coordinator of the toxic waste program at Greenpeace Russia, told the AP that the "zero waste program is not being implemented in Sochi." He said Sochi authorities are interpreting "Zero Waste" to mean getting waste out of sight.

When it comes to an event of such a massive scale, there's no denying plenty of packaging will be used. For instance, during London 2012, the potential impact was more than 3300 tonnes of food and food related packaging waste.

Matthew Aylott, communications officer for bio-based consultancy NNFCC, told PlasticsToday the organizers of the London Olympics Games approached NNFCC for advice on how the Games could reduce waste from the packaging sector. One of the major stumbling blocks was that almost 40% of the total catering waste was likely to be food or packaging contaminated with food, he said.

"To help tackle this problem, we worked with our UK Renewable Packaging Group and we helped set up a supply chain for compostable packaging to the Olympic Games," Aylott said.

After consulting with the NNFCC, the LOCOG implemented a rule that every scrap of food and drink packaging will be either recyclable or compostable.

As of now, it's not looking like Russia will take home the gold in sustainability.