NPE2012 is on track to surpass recent NPEs 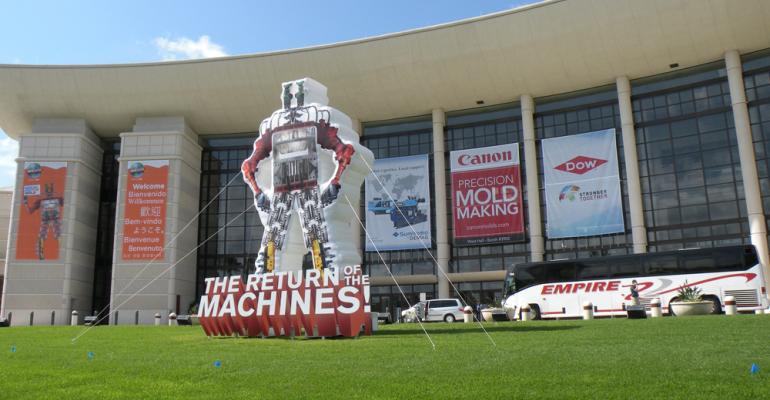 About 1,900 companies are exhibiting at NPE2012 (April 1-5; Orlando, FL), which is significantly more than NPE shows in 2006 and 2009, according to leaders with SPI: The Plastics Industry Trade Association, which produces the triennial NPE. NPE2012 opened its doors Monday morning to a new location for the first time in 40 years. "This is one of the best moves the plastics industry ever made," John Effmann of ENTEK Manufacturing Inc., and chairman of NPE2012, said to members of the media at a press breakfast.

At the press breakfast, NPE leaders relayed a few statistics about the show:

"It's safest to say this is the largest show we have ever had in terms of freight," Effmann said.

Gene Sanders, SPI senior vice president of trade shows and conferences, predicted there will be more than 50,000 people attending NPE2012 when it is all said and done.

NPE2012 has attracted many new first-time exhibitors and visitors, not just from other countries, but from manufacturing companies in the southeastern U.S. that are within easy reach of Orlando, Sanders said.

SPI spent about $4 million in marketing, which Sanders said allowed the event to reach an even broader audience.

While William R. (Bill) Carteaux, president and CEO of SPI, said NPE2015 will most likely take place in Orlando, SPI is keeping its options "open" for future NPEs.

"So far the response has been great," Carteaux said.  "Orlando has really rolled out the red carpet for the plastics industry."