Clearly, recycling must increase. But not everyone agrees. Some believe the answer to reducing waste is just to get rid of single-use packaging altogether, a fact that is easier said than done.

For instance, a supermarket in Berlin called Original Unverpackt, which translates to Original Unpackaged, recently opened. But while the store is single-use packaging free, it's not entirely free of packaging. The store places dry food in containers and asks consumers to bring their own reusable packaging. Liquid food is sold in jars or bottles that have a deposit on them. There's no meat or cheese sold.

Perhaps that concept can work for a small time store in one area, but can you imagine a store like that being successful in the U.S.? No way. 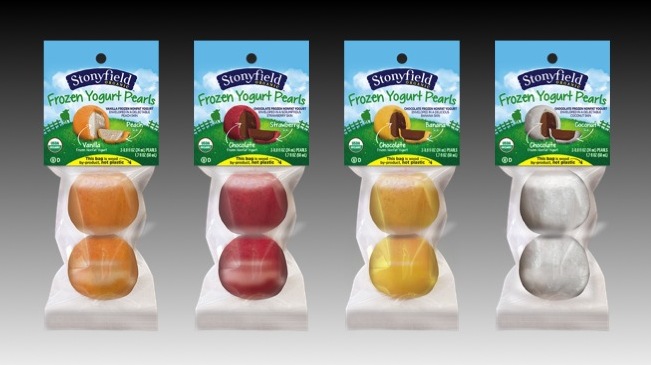 New Hampshire Public Radio (NHPR) took a closer look at the WikiPearl product from WikiFoods. The product was just launched at its local Whole Foods in Nashua, N.H., where organic yogurt giant Stonyfield handed out free samples of its yogurt that is produced with WikiFoods. The article said that WikiPearls "are bite-sized frozen yogurt balls surrounded by a gel-like, edible skin made of fruit or coconut particles and a seaweed extract. It tastes sweet and it seems, well, just plain fun."

However, the article then pointed out: "But it's more than a little ironic that when you walk inside the Nashua Whole Foods that you find the WikiPearls wrapped in plastic for sale, two yogurt balls per bag."

The company's president of marketing told NHPR that the product is meant to be on the shelf without plastic packaging, with the idea that the product would be available in some type of food bin where customers would scoop it out and put in a reusable bin.

But retailers have insisted on the usage of traditional packaging.

Packaging industry consultant Sara Risch said "unless edible packaging can be refined to the point where it works as well as plastic, it might simply mean swapping throwing away plastic for throwing away more rotting food."

There is too much waste. But a world without packaging wouldn't function very well. Instead, shouldn't the answer to waste be increasing recycling rates? How about making recycling easier so it's not a hassle for everyone? That's an idea more people will get behind rather than being told they need to eat their packaging.