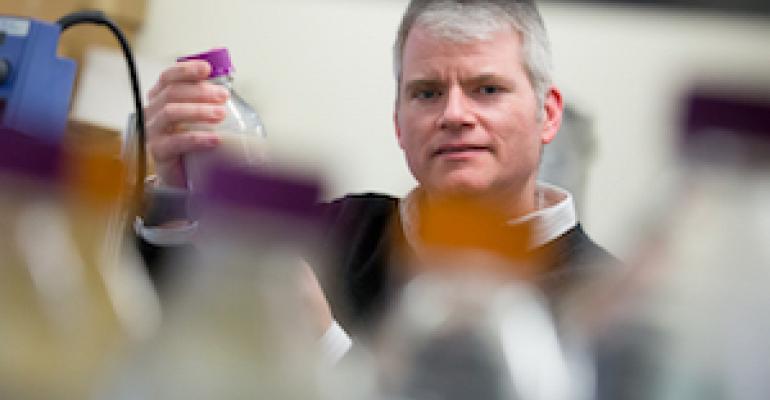 Researchers at Penn State and MIT are designing ways to use cellulose to replace plastics in barrier coatings and 3D printing, but the technologies have their limits.

An inexpensive biomaterial that can be used to sustainably replace plastic barrier coatings in packaging and other applications has been developed by Penn State researchers, who predict its adoption would greatly reduce pollution.

The newly released study noted that the biomaterial—a polysaccharide polyelectrolyte complex—is composed of nearly equal parts treated cellulose pulp from wood or cotton and chitosan, which is derived from chitin, the primary ingredient in the exoskeletons of arthropods and crustaceans. The main source of chitin is the mountains of leftover shells from lobsters, crabs and shrimp consumed by humans.

These environmentally friendly barrier coatings have numerous applications, ranging from water-resistant paper and coatings for ceiling tiles and wallboard to food coatings to seal in freshness, according to lead researcher, Jeffrey Catchmark, professor of agricultural and biological engineering, College of Agricultural Sciences.

“The material’s unexpected strong, insoluble adhesive properties are useful for packaging as well as other applications, such as full natural wood-fiber composites for construction and even flooring,” Catchmark said. The potential reduction in pollution is immense, he added, if these barrier coatings replace millions of tons of petroleum-based plastic associated with food packaging used every year in the United States, and much more globally.

“These results show that polysaccharide polyelectrolyte complex-based materials may be competitive barrier alternatives to synthetic polymers for many commercial applications,” said Catchmark, who, along with Penn State, has applied for a patent on the coatings.

Last March, MIT announced another use for cellulose to replace plastic—as a 3D printing material. New research at MIT has shown cellulose, an abundant material that is also sustainable, renewable and biodegradable, to be an alternative to polymers currently used in 3D printing materials.

“Cellulose is the most abundant organic polymer in the world,” said MIT postdoc Sebastian Pattinson, lead author of a paper describing the new system in the journal, Advanced Materials Technologies. Cellulose as a material for additive manufacturing is not a new idea: Many researchers have attempted this but faced major obstacles, Pattinson explained. When heated, cellulose thermally decomposes before it becomes viscous, partly because of the hydrogen bonds that exist between the cellulose molecules. The intermolecular bonding also makes high-concentration cellulose solutions too viscous to easily extrude.

Instead, the MIT team chose to work with cellulose acetate, a material that is easily made from cellulose and is already widely produced. Cellulose acetate can be dissolved in acetone and extruded through a nozzle. As the acetone quickly evaporates, the cellulose acetate solidifies in place. A subsequent optional treatment replaces the acetate groups and increases the strength of the printed parts.

“After we 3D print, we restore the hydrogen bonding network through a sodium hydroxide treatment,” Pattinson says. “We find that the strength and toughness of the parts we get are greater than many commonly used materials for 3D printing, including ABS and PLA.”

Obviously, there are a few considerations for both of these cellulose alternatives to plastics. Catchmark, who began experimenting with biomaterials as alternatives to plastics a decade or so ago out of sustainability concerns, believed he could develop natural materials that are more robust and improve their properties to compete with synthetic materials such as the low-density polyethylene laminate applied to paperboard, Styrofoam and solid plastic in cups and bottles.

“The challenge is [doing that] in a way that is manufacturable and . . . less expensive than plastic,” Catchmark explained. “When you change to something that is greener or sustainable, you really have to pay for the switch. So, it has to be less expensive in order for companies to actually gain something from it. This creates a problem for sustainable materials—an inertia that has to be overcome with a lower cost.”

Pattinson noted that cellulose acetate is comparable in price to thermoplastics used for injection molding, and it’s much less expensive than the typical filament materials used for 3D printing. This combined with the room-temperature conditions of the process and the ability to functionalize cellulose in a variety of ways could make it commercially attractive.

Catchmark said the goal of his research is to “take the last step now and make a real impact on the world, and get industry people to stop using plastics and instead use these natural materials” and give consumers a choice. “After the biomaterials are used, they can be recycled, buried in the ground or composted, and they will decompose. Or they can continue to use plastics that will end up in the oceans, where they will persist for thousands of years.”

Catchmark must realize that even his plastic alternative material will only decompose under the right conditions, and he already noted the primary challenge—the cost. Both Catchmark and Pattison must acknowledge that plastic itself is a “natural” material. All materials, even those that are called “natural,” have chemical compounds such as the acetate from cellulose.

Like many of the plastic “alternatives” or so-called “natural” materials, they will, at best, be seen as niche applications. Using natural petroleum to create plastics will always be cost effective, sustainable (surely the Earth’s processes continue to make petroleum) and green, when all the collection and manufacturing processes needed to create these alternatives are taken into account.