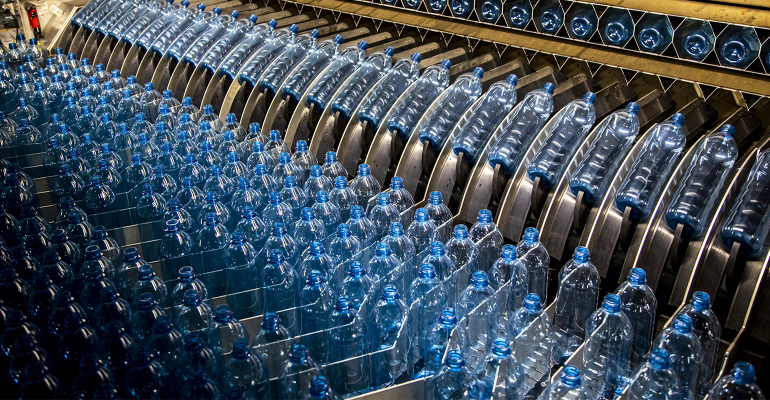 Bottles should withstand at least 12 cycles, which is about three to four years of use.
Bottle’s sustainability benefits include 30% fewer carbon emissions and a nearly 90% weight reduction versus glass.

With a weight of 55 grams/2 ounce, the returnable PET bottle is nearly 90% lighter than returnable glass bottles. The light weight provides carbon-footprint reduction benefits in production, shipment, and container storage. 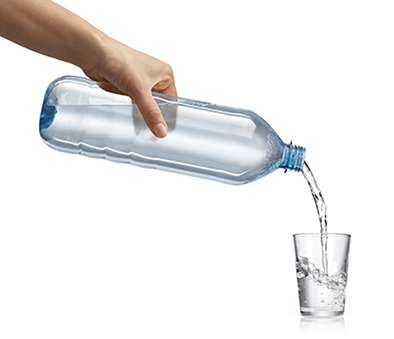 Bearing the Austrian Ecolabel, the bottle is made of fully recyclable PET monomaterial with about 30% recycled content.

“People want to consume sustainably. Although returnable PET is the optimum packaging solution, there wasn’t a single product of this kind in the Austrian market until now,” said Rainer Widmar, ALPLA managing director, Central and Eastern Europe, in a prepared statement. “The returnable PET bottle developed together with Vöslauer illustrates how demand, a sense of responsibility, a hunger for innovation, and technological expertise can reduce the carbon footprint.”

The returnable PET bottle enables Vöslauer to save about 400 tonnes/441 tons of material and 420 tonnes/463 tons of carbon dioxide annually. The new bottle replaces a 1-L PET bottle with a deposit.

Withstanding at least 12 use cycles, the bottles are expected to remain in use for three to four years.

The bottle was unveiled April 20 in the presence of Austria’s Environment Minister Leonore Gewessler and Alexander Egit, Managing Director of Greenpeace in Central and Eastern Europe.

According to Vöslauer Managing Directors Birgit Aichinger and Herbert Schlossnikl, "The majority of Austrians want to see returnable containers on supermarket shelves. PET is the environmentally sensible addition to our product range. As the market leader in the deposit segment, we are the first company in Austria to create a light and practical alternative."

The returnable PET bottle project augments Vöslauer’s ongoing sustainability efforts, which include being the first Austrian mineral water brand to offer a 500 mL returnable glass bottle. Additionally, all the company’s single-use PET bottles are made entirely of recycled PET (rPET). Vöslauer has been carbon-neutral since the start of 2020.