Another study on phthalates in plastics grabs headlines 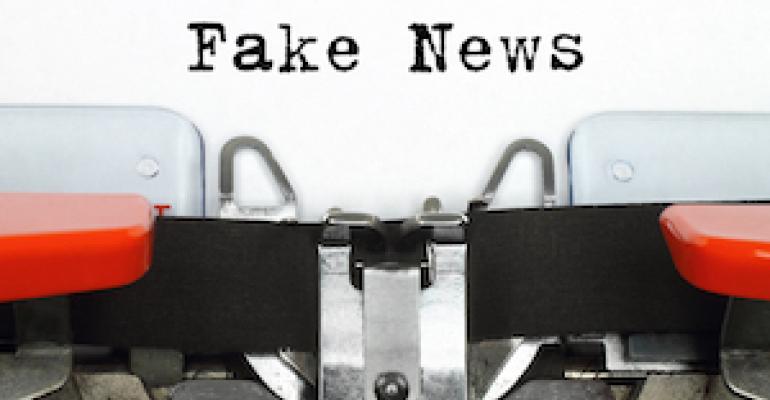 Researchers at the Milken Institute School of Public Health at George Washington University (Washington, DC) looked at links between fast-food consumption and exposure to these chemicals.

Another study on the dangers of phthalates in fast food is grabbing headlines in the mainstream media, although the study was first released two years ago!

Conducted by researchers at the Milken Institute School of Public Health (SPH) at George Washington University (Washington, DC), the study looked at fast-food consumption and exposure to these chemicals. It first appeared in the journal Environmental Health Perspectives.

Lead author Ami Zota, ScD, MS, and Assistant Professor of Environmental and Occupational Health at Milken Institute SPH, commented in an April 13, 2016, release, “People who ate the most fast food had phthalate levels that were as much as 40% higher. Our findings raise concerns because phthalates have been linked to a number of serious health problems in children and adults.”

Phthalates, noted the release, belong to a class of “industrial chemicals used to make food packaging materials, tubing for dairy products and other items used in the production of fast food. Other research suggests these chemicals can leach out of plastic food packaging and can contaminate highly processed food.”

The scaremongering never ceases, in spite of the fact that none of the research conducted over the past few decades on chemicals used in plastics—BPA, BPS and phthalates DiNP (diisodecyl phthalate) and DEHP (dii2-ethylhexyl phthalate—has definitively proven that any of them cause cancer or endocrine disruption.

Zota and her colleagues looked at data on 8,877 participants who answered detailed questions about their diet in the past 24 hours, including consumption of fast food. These participants also had provided researchers with a urinary sample used to test for the breakdown products of two specific phthalates—DEHP and DiNP—used as plasticizers.

The researchers at the Milken Institute SPH looked for exposure to BPA, “another chemical found in plastic food packaging” and “found no association between total fast-food intake and BPA.” Zota and her colleagues did find that people who ate fast-food meat products (within the 24-hour period prior to responding to questions about their food intake) had higher levels of BPA than people who reported no fast-food consumption.

Does that mean BPA is off the hook? Re-read my October 2016, blog post, “Government’s never-ending war on BPA: Your tax dollars at work,” which argues that an examination of decades of research has shown “no verified cases of anyone suffering ill effects from BPA exposure from consumer products.”

Notice they found no evidence of cancer or other illnesses in these test subjects, and the study proves that much of what we take in breaks down and passes out of our bodies.

The Milken Institute SPH also found that “grain and meat items were the most significant contributors to phthalate exposure.” Zota said the “grain category contained a wide variety of items including bread, cake, pizza, burritos, rice dishes and noodles,” citing other studies that have “also identified grains as an important source of exposure to these potentially harmful chemicals.”

Many of these types of studies note the “leaching” of chemicals out of the plastic as the cause of the chemicals appearing in human urine. Yet, plastic is what it is because the molecular bonds are incredibly strong and durable. Over the past decade, lower molecular-weight phthalates “have been gradually replaced in many products in the U.S., Canada and the EU by high molecular-weight phthalates (those with more than six carbons in their backbone, which gives them increased permanency and durability).

Would plastic using those higher molecular-weight phthalates actually have the ability to “leach” these chemical components?

In addition, there are many other products in which these phthalates are used, including enteric coatings of pharmaceutical pills and nutritional supplements, modern electronics and medical applications, such as catheters and blood transfusion devices.

The Milken Institute SPH didn’t question people about their intake of pharmaceuticals, nutraceuticals or whether or not the test participants had handled electronics or have a catheter. They just focused on food, although the researchers admit that “the complexity and variability of fast-food production makes it difficult to identify the sources of high-molecular-weight phthalates, though some likely sources have been suggested, including PVC gloves, PVC tubing and plastic packaging.”

The Milken Institute’s findings “also suggest that associations between fast-food intake and phthalate exposure are not uniform across the population.” Different people have different reactions to various chemicals that are ubiquitous throughout our society and come from myriad sources—even from the air we breathe and the water we drink.

To dig up this two-year-old study and hammer the fast-food industry over its use of plastic feeds into the paranoia over plastic packaging and gives groups such as As You Sow more fodder for banning plastic. Notice that the Milken Institute did not ask the participants in its study whether or not they received their fast food in plastic packaging or paper/paperboard packaging. Chemicals are used in the making of paper and paperboard, as well, meaning that this study targeted plastics.

It’s time the plastics industry stood up to these continued assaults on plastic and begins to put forth the science about plastic and puts down the hype surrounding it.