To Attach or Not to Attach Thy Cap, That Is the Sustainable Question 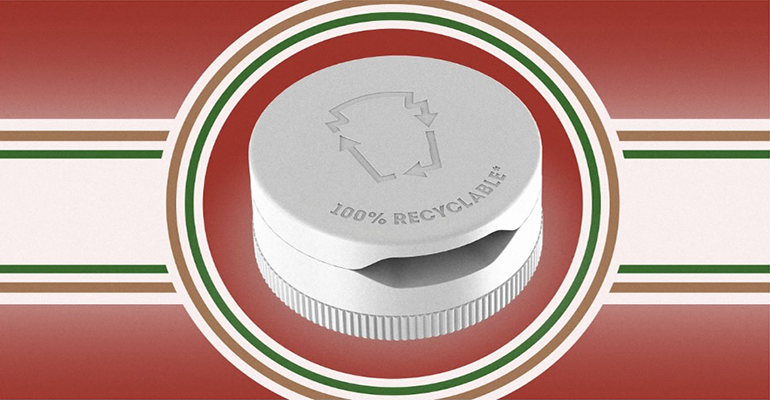 Heinz’s new recyclable monomaterial ketchup cap is good news, right? In a dramatic turn of phrase, the Bard of Boulder waxes poetic about what is a well-intentioned misfire.

Forsooth! The Bard of Boulder has a few words for thee! Heinz recently announced that it has developed a monomaterial ketchup cap that’s recyclable. Company packaging engineers spent 185,000 hours and $1.2 million figuring out how to remove a flexible silicone valve to ensure that the cap was produced solely from food grade polypropylene.

After 9 years and 45 iterations, the cap is now being rolled out in the UK.

The company’s July 7, 2021, press release, read “The move will mean a potential one billion plastic caps — enough to fill 35 Olympic swimming pools — can be recycled, instead of finding their way into landfill.”

A Fast Company regurgitation of the press release on November 10 showed a picture of the cap. On it there is a recycling symbol in the shape of the famous “Heinz 57” bottle logo. Also embossed on the cap are the words 100% Recyclable*. 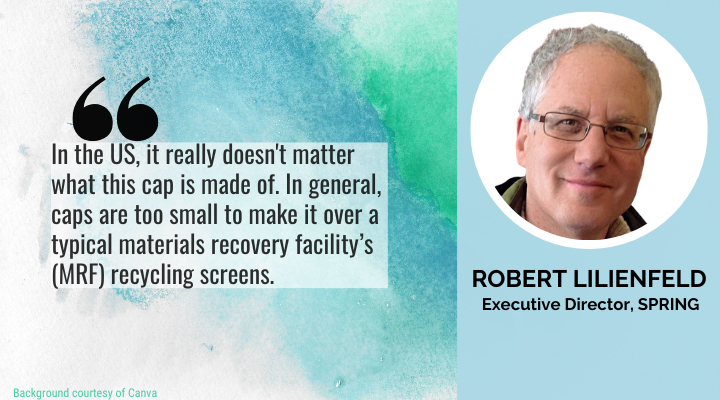 On LinkedIn, I posted that “…in the US, it really doesn't matter what this cap is made of. In general, it is too small to make it over a typical materials recovery facility’s (MRF) recycling screens. It will fall through and join the other bits of material headed for a landfill or waste-to-energy plant.

“Further, this Heinz logo-like symbol would not be legal here in the States. Since the cap is polypropylene, it would have to carry a #5 RIC symbol — a triangle with "PP" in the middle. This is not a highly recycled plastic, and its ability to claim general recyclability fluctuates.”

Also, I just noticed that the words “100% Recyclable” on the cap are followed by an asterisk. But where does it lead? I assume that you would need to scour the front and back bottle labels to find the actual reference. I have a good idea as to what it says, and I’m sure you do, too!

Such brilliance drew almost 16,000 readers! Many from this virtual audience left comments worthy of both the best critics and unsightly rabble once seen at the Globe theater in Stratford-upon-Avon. A lively discussion commenced:

Chaz Miller, recycling expert extraordinaire, responded with, “Good points. And since I have arthritis, I’m wondering if the designers gave any consideration to the ease of opening the lid. I’ll take a lid I can open before I worry about the lid’s recyclability. As you noted, the lid’s size is so small it is not likely to be recycled.”

Charlie Schwarze, director of sustainability at Keurig Dr. Pepper stated, “Does anyone recycle the cap separately from the bottle? If you recycle the two together (the likely case) then both items should go to a #1 PET plastic reclaimer after the recycling facility that sorts out the plastics. That facility then separates the caps and bottles, and revenue is realized on both materials. Leave your caps on when you recycle.”

Sarah Reeves, executive director at the Chittendon (VT) Solid Waste District, added that, “Yes it does help to leave the cap on the empty, rinsed bottle. The attached cap will travel with the bottle through the MRF processing line and wind up in whatever bale the bottle is made of. Caps left off bottles and jugs won't make it through to be sorted; their size allows them to slip through the initial sorting screens and down to the trash line.”

Anne Bedarf, global packaging sustainability manager at Colgate Palmolive, noted that, “APR [Association of Plastic Recyclers] has been trying to help people understand for years that the best route is to leave the cap on the bottle! Then the physics of small material recycling don't apply.”

And finally, Richard Cham, packaging & recyclability project officer at RECOUP (UK) said, “Here in the UK the advice would be to leave the cap on the bottle so that it passes through sorting into the PET stream. The cap then has the potential to be sorted after being flaked with the bottle through density separation or NIR [near infrared] flake sorting.”

Such good thoughts among industry professionals! But such little acknowledgement that many, if not most consumers, do not know exactly what is expected of them in the fight for circularity! What shall be done? What shall be done!

But, soft! What light through yonder window breaks? Tis the enlightenment of understanding! This it spake…

Is there no cure for such a problem?

Following an evening of much imbibing and merriment with friends and associates, the answer came to me: Remove the nonactionable, overly cutesy, and misleading messaging from the cap and replace it with the following: LEAVE THIS CAP ON THE BOTTLE WHEN RECYCLING.

Such a simple change! It shall lead to more people doing the right thing. It also helps eliminate the perception that Heinz has simply performed a greenwashing exercise.

May a peaceful, prosperous, and joyful holiday season be upon you and yours!

Robert (Bob) Lilienfeld has been involved in sustainable packaging for 25 years, working as a marketing executive, consultant, strategic planner, editor, writer, and communications expert. He’s President of Robert Lilienfeld Consulting, working with materials suppliers, converters, trade associations, retailers, and brand owners. He is Executive Director at SPRING, The Sustainable Packaging Research, Information, and Networking Group. You can also write him at [email protected] or visit his LinkedIn profile.