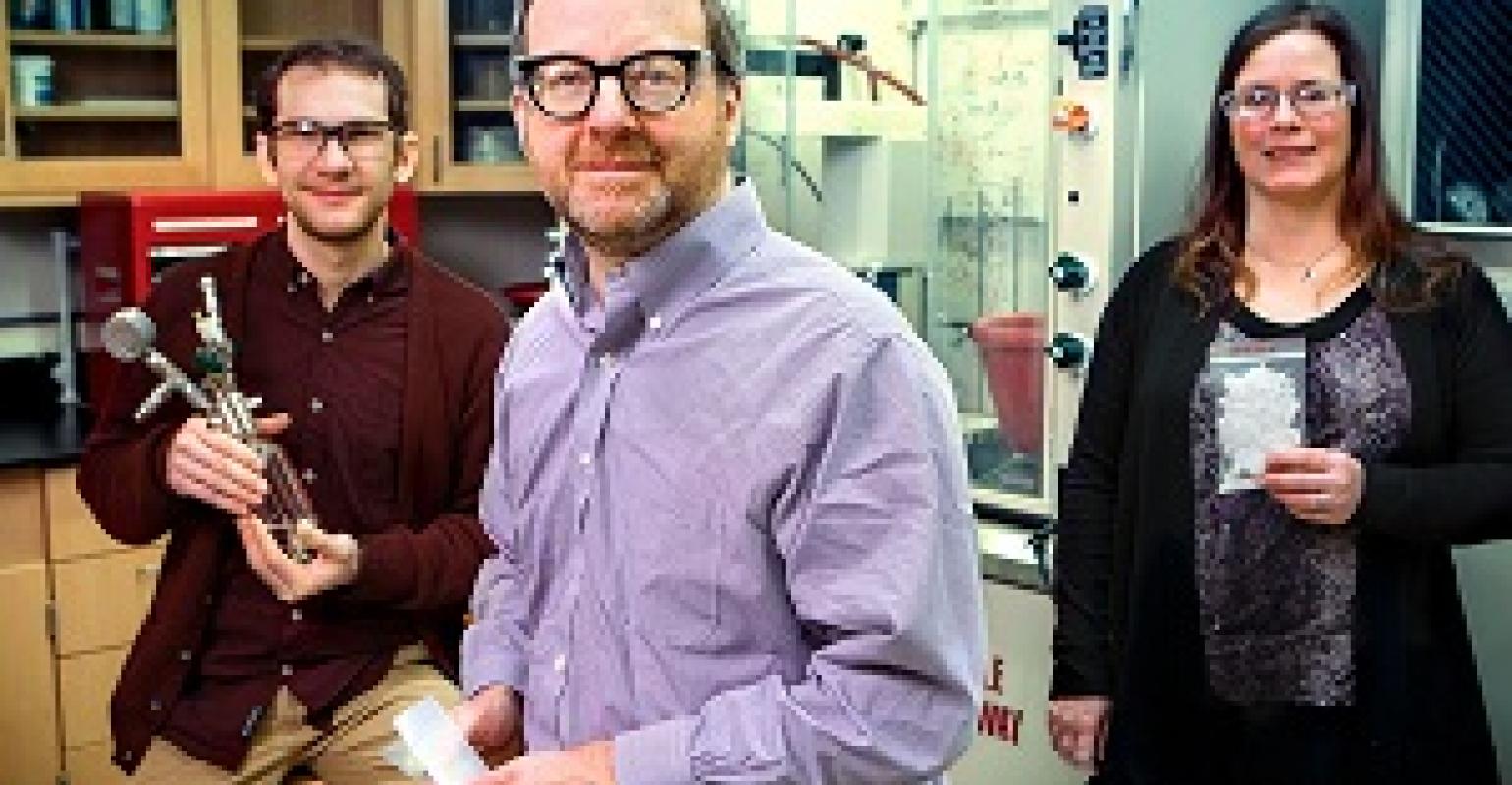 What if you could make a milk jug with 30% less material because it's mechanically better? Researchers make polyethylene and polypropylene plastics compatible to create a new, mechanically tough polymer.

One chemistry problem that has baffled scientists for decades: Polyethylene (PE) and polypropylene (PP), which account for two-thirds of the world's plastics, have different chemical structures and thus cannot be repurposed together. At least not efficiently, a fact that has existed for the 60 years these two materials have both been on the market.

That could change with a discovery out of a lab run by Geoffrey Coates, a professor of chemistry and chemical biology at Cornell University. 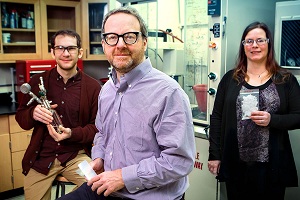 When Coates gives a talk about plastics and recycling, he usually opens with this question: What percentage of the 78 million tons of plastic used for packaging, for example, a 2-liter bottle or a take-out food container, actually gets recycled and re-used in a similar way?

The answer, sadly, is just 2%. It turns out that nearly one-third is leaked into the environment, about 14% is used in incineration and/or energy recovery and a startling 40% winds up in landfills.

Coats and his group have collaborated with researchers from the University of Minnesota to develop a multiblock polymer that, when added in small measure to a mix of the two otherwise incompatible materials, create a new and mechanically tough polymer.

Scientists for years have tried to develop a polymer that does what Coates, LaPointe and Eagan have achieved. By adding a miniscule amount of their tetrablock (four-block) polymer—with alternating polyet

"People have done things like this before," Coates said, "but they'll typically put ten percent of a soft material, so you don't get the nice plastic properties, you get something that's not quite as good as the original material.

"What's exciting about this," he adds, "is we can go to as low as one percent of our additive, and you get a plastic alloy that really has super-great properties."

Not only does this tetrablock polymer show promise for improving recycling, Eagan said, it could spawn a whole new class of mechanically tough polymer blends.

"If you could make a milk jug with 30 percent less material because it's mechanically better, think of the sustainability of that," he said. "You're using less plastic, less oil, you have less stuff to recycle, you have a lighter product that uses less fossil fuel to move it."

You can read the blog at the Cornell University website.