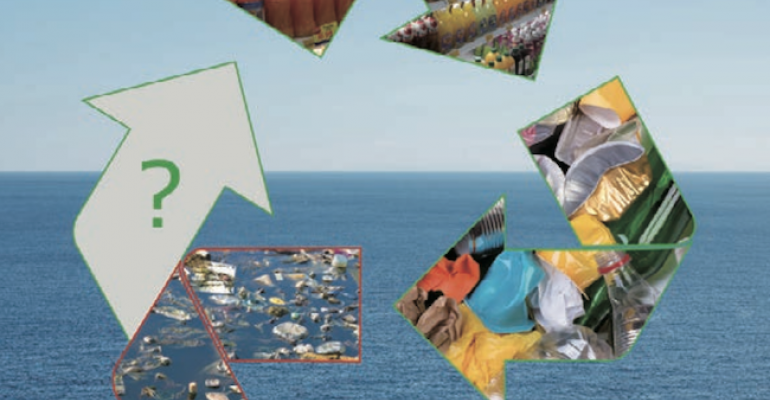 The European Academies Science Advisory Council concluded that “fundamental and systemic reforms are required along the whole value chain.” It also called for an end to the misleading promotion of bio-based alternatives.

The European Academies Science Advisory Council (EASAC) recently took a critical look at plastic packaging in a circular economy and concluded that “fundamental and systemic reforms are required along the whole value chain” if risks to the environment and “ultimately human health” are to be mitigated. The report makes clear that “voluntary mechanisms and market mechanisms are insufficient to address the problem.”

“We do not question the essential role and benefits of plastics in our way of life. But the warning of our report is not a dystopia of environmental activists. It’s science,” said Prof. Michael Norton of EASAC. “European legislators should adopt rules and incentives to speed up the move toward a circular plastic waste economy. We have to reuse plastic goods and packaging, drastically improve our recycling and, above all, see that no waste is leaked into the environment.”

Bioplastics and biodegradable plastics are not necessarily a solution, according to the report. “They can mislead consumers by creating a false image of sustainability and thereby risk prolonging today’s throw-away mentality,” Norton stated in the EASAC press release.

One recommendation made by EASAC is to end the misleading promotion of bio-based alternatives. “At present, the scientists see a very limited potential for biodegradable plastic,” said EASAC. Anne-Christine Albertsson of the Swedish Academy noted, “The ideal target of a plastic that breaks down naturally in the environment remains elusive since most applications of plastics require durability. It is a basic premise that a material which can degrade in the environment should not degrade during its shelf life. There are only a limited number of products that can meet biodegradation tests in the marine environment, and even those still maintain their integrity for months, during which time the risks of entanglement and ingestion remain.”

Also, bio does not equate to reduced environmental impact, since alternative feedstocks to fossil fuels can be associated with high greenhouse gas emissions, competition with land for food, or driving land use change, said EASAC. “Today, consumers are often misled, including by the current diversity of labeling schemes,” said Dr. Attila Varga of the Hungarian Academy of Sciences. “We need a mandatory and uniform European labeling scheme related to actual rather than theoretical recyclability.”

EASAC also recommended banning exports of plastic waste; adopting a target of zero plastic waste to landfill; minimizing consumption and single-use; extending producer responsibility; and limiting additives and types of resin to improve recyclability. Advanced recycling and reprocessing technology was also a recommendation, with EASAC noting that effective recycling for much of the waste stream is “exceptionally difficult, and a range of options need to be developed to extract value from current low- or negative-value mixed plastic waste.” Integrated recycling systems that can handle mixed waste and difficult-to-recycle materials are essential, said the scientists.