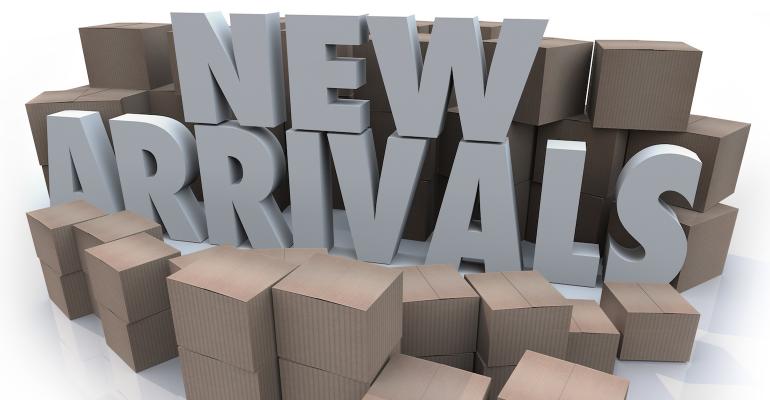 The two products provide a combination of low density (0.911- 0.912 g/cm³) and fractional melt index (MI), which enables production of films with enhanced bubble stability and potentially increases output for converters.

Overall, the new polymers offer a combination of characteristics not previously available in a single resin. Product attributes include high levels of elasticity and holding force, puncture energy (up to 2.3 J/mil), and dart impact resistance (up to 900 gm on a 25.4-micron film).

Applications for the products include stretch-hood films, which are used to wrap pallet loads; collation shrink films used in consumer goods packaging; films for primary packaging; and agricultural film for greenhouse enclosures.

Packagers that use collation shrink film made from the new polymers will potentially save on energy costs, because the film is compatible with high shrink speeds at temperatures as low as 120°C/248°F. That low temperature is particularly beneficial for packers of heat-sensitive products. In addition, packagers who have used paperboard or corrugated trays and shrink film may find they no longer need trays.

In heat-seal applications for primary packaging, brand owners and co-packers using films made with Exceed XP 7021 and Exceed XP 7052 can seal packages at low temperatures without blocking (that is, adjacent layers of the film sticking together). The polymers are designed for low seal-initiation temperature (SIT) packaging applications, and they enhance packaging durability with good optical properties and high flex-crack, dart impact, and puncture resistance.

Finally, greenhouse growers will appreciate the characteristics of films made from the new polymers. These greenhouse films are tough, clear, and soft, in addition to offering extreme dart and puncture resistance. Thus, the films reduce the risk of failure and premature breakage during installation and maintenance.