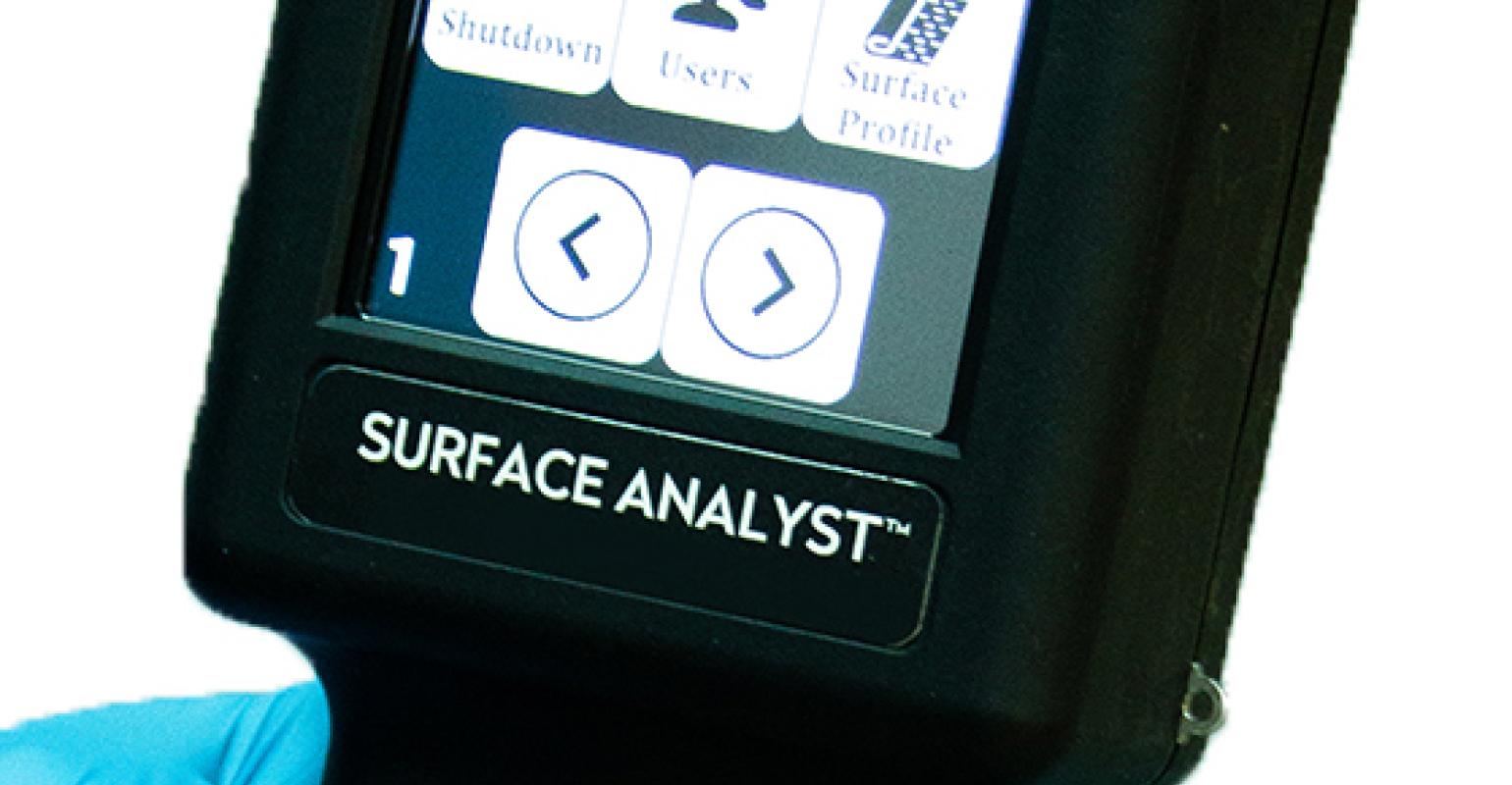 Surface Analyst Entry-Level SA 2001 determines in two seconds if a film has been properly prepared for adhesion processes including lamination and printing. 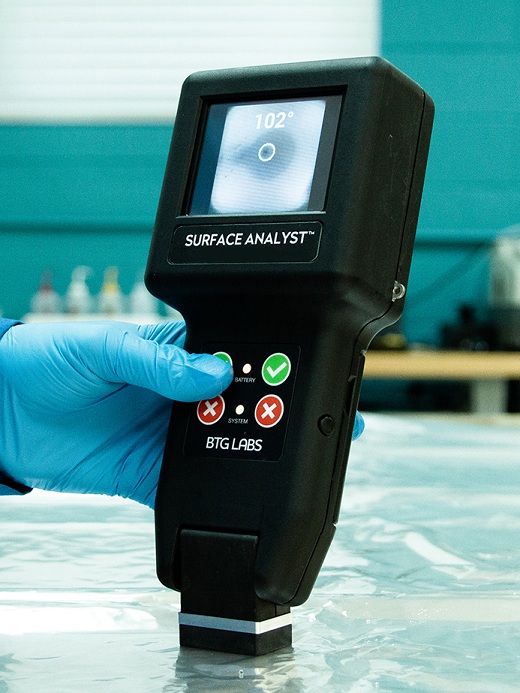 inspecting flexible films for packaging and other markets. In two seconds, the SA 2001 inspects the surface quality of a film and determines if it has been properly prepared for adhesion processes like lamination or printing. It can make reliable, objective inspections across an entire roll of film as a replacement for destructive dyne solutions. These measurements can be made in-plant to verify the quality of incoming material from suppliers, following film surface treatment, or onsite following customer complaints about adhesion problems. The results are available immediately as an objective number, as opposed to time-consuming and subjectively interpreted dyne solution readings.

Developed and manufactured by BTG Labs, maker of the popular Surface Analyst hand-held unit and the Surface Analyst XA automated inspection system, the SA 2001 is a fast, simple, accurate and nondestructive entry-level inspection instrument for manufacturers and users of flexible film for whom critical film surface requirements mean the difference between success and failure.

While primarily designed as a portable hand-held system, the SA 2001 is also available with an inspection station for film surface analysis testing that includes a fixture into which the user slides a piece of film into the fixed-position SA 2001 unit to quickly inspect the surface. The slim, compact design of the SA 2001 case enables the device to make measurements in any direction and on any type substrate.

The SA 2001 is powered by Archer, BTG Labs’ software that streamlines the inspections to ensure reliability and consistency in film surface state. This further distinguishes the SA 2001 inspection process from dyne inks, which are chemically destructive to the materials they inspect, create scrap and are not reliably repeatable. However, the SA 2001 features a Dyne Mode, which delivers inspection results in dynes/cm, enabling users to receive and work with dyne results without the need to use the ink process.