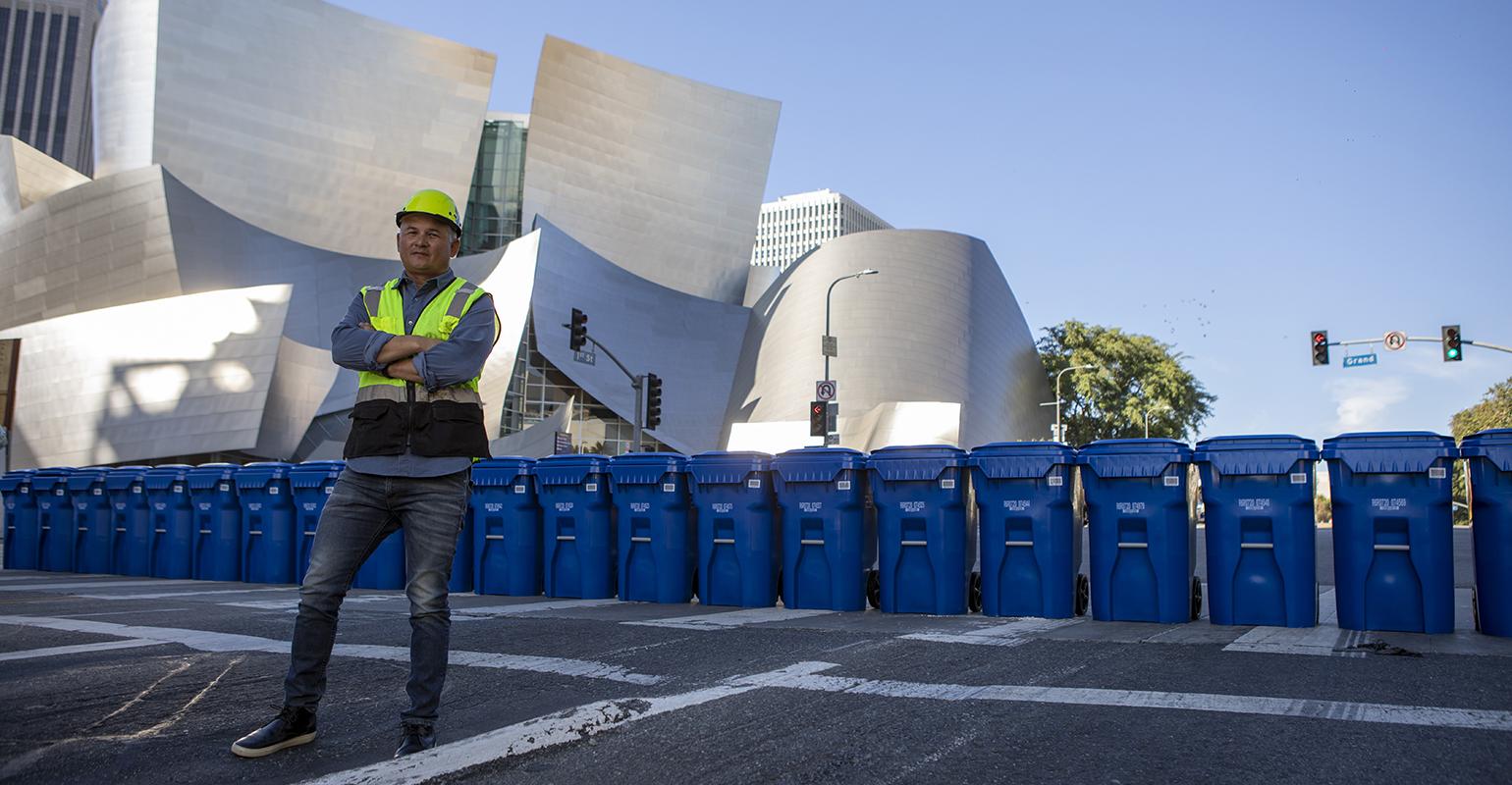 More than 9,000 PET bottles that would fill 21 60-gallon recycling containers will be used in the project.
First-of-its-kind project supports recovers and repurposes plastic PET water bottles to create a market for long-term use of recyclable materials.

Streets are not paved with gold, but they are being paved in a "greener" way using recycled plastics.

The latest example happened December 17 when Los Angeles Mayor Eric Garcetti and Public Works officials announced the launch of a new sustainability pilot project in which a portion of 1st Street between Grand Avenue and Hope Street in downtown Los Angeles was resurfaced with recycled plastic asphalt. The launch helps accomplish the goals set in the LA’s Green New Deal that the mayor announced earlier this year, to combat climate change by implementing multiple environmental initiatives.

Led by StreetsLA and working with TechniSoil Industrial, this application of recycled plastic asphalt is the first of its kind on a major city street and further proof Los Angeles stays on the cutting edge of innovative, green technology.

Recycled plastic asphalt made with Neo Pave binder infused with recycled PET plastic from water bottles has the potential to reduce the use of petroleum in asphalt. Additional benefits include reduced energy-input, fewer truck trips, zero use of virgin aggregate, increased recycling of existing roadway and the associated reductions of greenhouse gas emissions. Lab tests indicate the road it produces may be five-to-six times the strength of a traditional asphalt road and will last two-to-three times longer, generating 50% life-cycle savings for taxpayers. 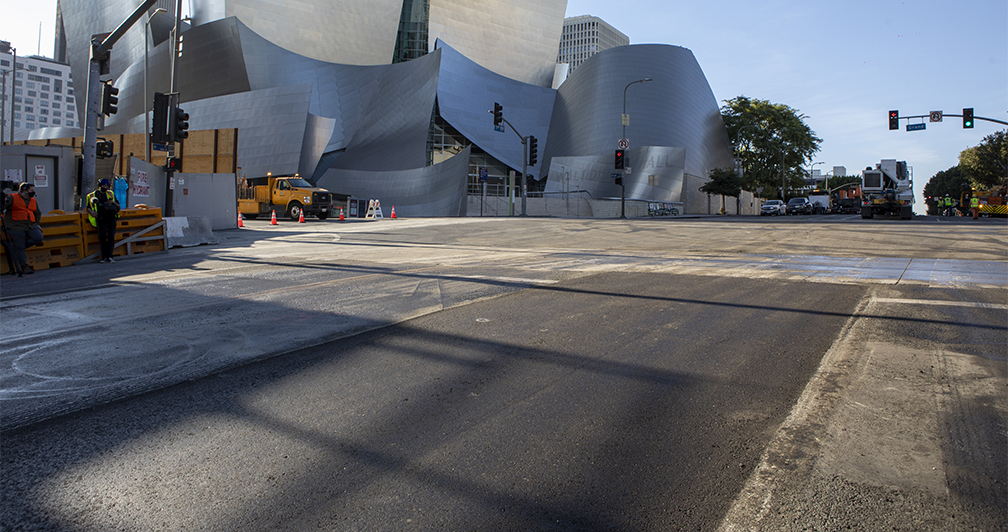 “Los Angeles is where the world comes to test its best ideas -- where the latest innovations in sustainability find a proving ground, a laboratory, and a home built into the very fabric of our city,” said Garcetti. “With this technology from Neo, we can move closer to our most ambitious climate goals, improve the way we deliver high-quality city services, and pave a path to a greener future.”

As part of the project, the City will evaluate the durability and performance of the product, under conditions of heavy vehicle weight use, where deep rutting and deformation of the roadway has resulted. Approximately 150,000 plastic water bottles could be reused per lane mile.

“As part of Mayor Garcetti’s LA’s New Green Deal, the Department of Public Works plays a leading role in the development of sustainability initiatives for the City,” said Board of Public Works Commissioner Teresa Villegas. “The recycled plastic asphalt project supports this leadership, all while improving our streets and doing our part to combat climate change."

“This project is just one example of the innovation and integration, StreetsLA is pursuing to make our streets safe, mobile and sustainable,” said StreetsLA Executive Director and General Manager Adel Hagekhalil. “The City is the first to take this product out of the lab and put it into a public street. If this test performs the way we expect it to, it can open the doors to an entire local marketplace for recycling of waste plastics, with the extra benefits of reduced pollution and smoother rides on the streets of LA."

“I’m captivated by the idea that roads are one of the first downstream applications for recycled plastic that is bigger than the size of the plastic problem itself,” said Sean Weaver, founder and CEO of TechniSoil Industrial and inventor of Neo. “This launch in conjunction with StreetsLA shows us how we can reach a truly circular economy by diverting significant quantities of single-use plastic into long-term use solutions. It’s exciting to think we could recycle 100% of the world’s plastics into roads.”