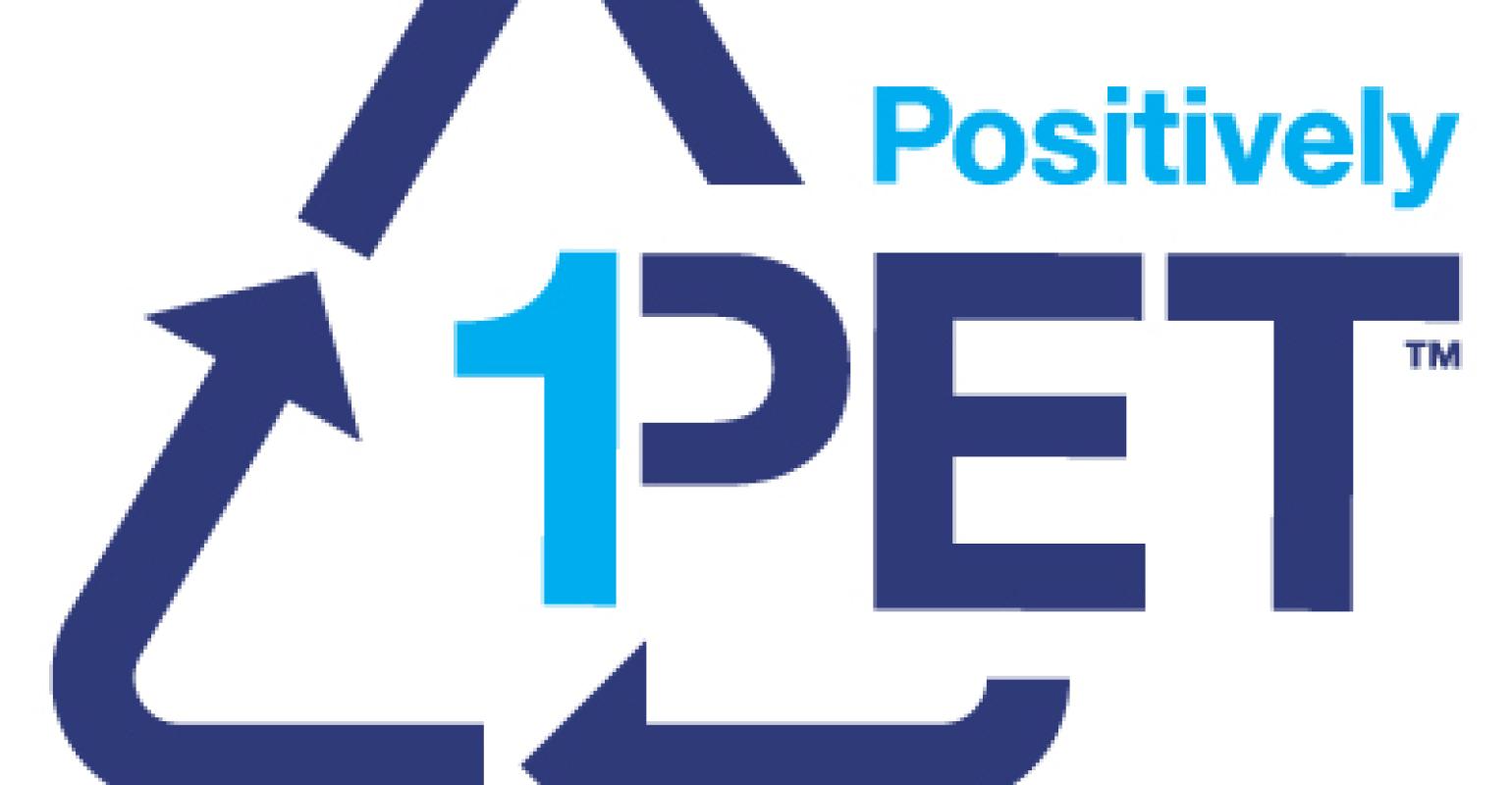 For industry professionals and others, this is an exceptionally interesting period in plastics and packaging.

The accelerating, ever-changing landscape in these markets yields presents numerous hurdles met by a continuing wave of technical innovation. The result is a kind of yin and yang dualism—opposite or contrary forces that may actually be complementary, interconnected and interdependent in the natural world (Source: Wikipedia). 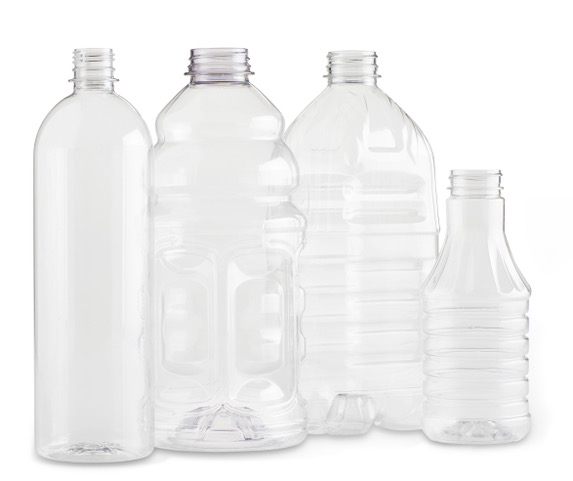 To help plastics professionals gain an understanding of the dynamics and issues involved, PlasticsToday is drawing on the expertise of industry influencers who can present a big picture assessment. This occasional series debuts in an interview with Laura Stewart, Communications Director, National Association for PET Container Resources (NAPCOR), based in Charlotte, NC.

What’s the state of the industry for PET and recycling?

Stewart: PET is still a growing market. Though the recycling rate over the last decade hasn’t really shifted much, we have seen a marked shift in domestically collected material recycled and used here in the US. While that does have a lot to do with China’s National Sword policy, it speaks to the strength of domestic markets in the U.S. and Canada—that there has been a continual increase of total postconsumer PET material used in end markets including fiber, bottles, thermoforms and strapping since 2015.

What’s been the biggest change since NAPCOR was formed in 1987?

Stewart: Curbside recycling was still in its infancy and 2-Liter bottles were more common and there were many challenges in getting the PET bottle in the recycling bin that needed to be overcome. NAPCOR not only worked with municipalities, but also recyclers and manufacturers to remove those hurdles.

What’s been the biggest change the past 10 years?

Stewart: Since 2010 we have seen a shift towards convenience, and increased prevalence of smaller PET bottles. In 2017 for the first time, sales of water packaged in PET overtook that of carbonated soft drinks, which means the average PET bottle is lighter than it used to be. With improved technology, light weighting was rampant in the mid-2010s, but we’ve started to see that plateau.

How have PET recycling percent rates trended over that time?

Stewart: The PET recycling rate has been steady and unchanged over the past decade—it peaked in 2013 at 31.2%. 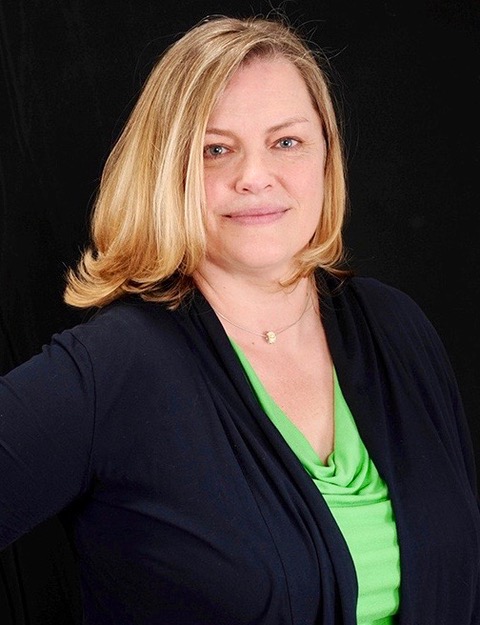 Back in the late 80’s and early 90’s, there was significant awareness around the 3 R’s of Reduce, Reuse and Recycle. We saw that in the PET recycling rate, which was close to 40% in 1995, but arguably some ground has been lost since then in public enthusiasm for recycling.

Programs are underway now such as those managed by the Recycling Partnership, ACC’s Every Bottle Back and now our new Positively PET campaign, which all aim to re-engage and educate consumers about the benefits of recycling, and how to do it correctly.

Stewart: Two factors are key from our perspective. A large percentage of the population only has access to curbside recycling as opposed to deposit programs here in this U.S., versus Northern European countries where deposit systems are more prevalent.

There are also socio-economic factors to consider. In countries where there is a lower net worth, there is more incentive to recover materials like PET, for example in Lithuania, which was recently featured in an article on this topic from The Economist.

What’s the biggest issue facing the industry in 2020?

Stewart: Right now, it’s access to postconsumer material—we will continue to see strong market demand with lack of feedstock. Beverage companies have corporate commitments to use more postconsumer content, but without an increase in the amount of PET recovered, there simply won’t be enough material to go around.

Another issue is what we refer to as virtue signaling—there is a lot of legislative activity across the U.S. banning plastic products of various types. Without considering lifecycle impacts of plastic products, which often offer significant savings in greenhouse gas emissions versus plastic packaging alternatives, these bans may have unintended consequences—ultimately moving us towards options that are in fact more harmful to the environment.

Next: Misconceptions, challenges and frustrations

What regulations pose a hindrance? Any good news on that front?

Stewart: When someone opts to throw their PET bottle in the trash – that is the end of life for that package. By choosing to recycle, the PET molecule will continue to be used over and over again. Plastic bans are working in the wrong direction, because they limit consumer options and may end up leading to greater environmental impact over the lifecycle of the packages we use.

On the other hand, discussion on how improve our recycling infrastructure by legislative or regulatory means is encouraging, even if there are disagreements on how to get there.

Stewart: Not recycling at all is the practice that most undermines our efforts. Package engineers are putting more effort into designing products with end of life in mind, which means more of the PET packages that make it to the bin can be processed and successfully recycled.  Manufacturers are encouraged to follow APR Design for Recyclability Guidelines, since caps and labels designed to those standards may be left on and will be separated and recycled. The bottom line, though, is to make sure the PET bottle makes it to the bin or your redemption center. 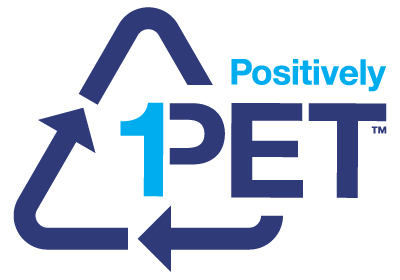 What’s the most positive thing going on now?

Stewart: The Positively PET campaign, which is NAPCOR’s new initiative to communicate the benefits of PET to consumers. Many within the industry know that PET is a winner for many applications. NAPCOR felt that we needed to share the many attributes of PET that make it a great packaging option with consumers so they can feel confident in choosing bottles and containers made from PET.

What’s the biggest challenge or frustration…and what’s a possible solution?

Stewart: As a plastic, PET is associated with single-use plastics and the resultant marine debris that occurs when these products are mismanaged at end-of-life. When PET is recycled those molecules stay in circulation, going into another bottle, packaging or even household products like clothes and carpet. The solution is to change mindsets so that PET is viewed as a valuable feedstock for recycling rather than waste.

What would it take to move PET recycling rates higher?

Stewart: The simple answer would be shifting towards bottle deposit programs. All states and countries with deposit laws have higher recycling rates than those without. There is still significant opposition to this kind of a shift from beverage companies, though this may be starting to change. Regardless, there are things that can be done to improve rates without deposits such as consumer education, better curbside collection practices, improving 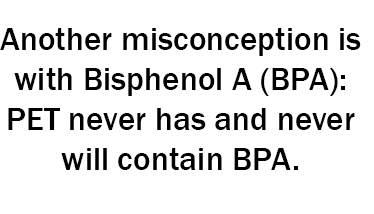 technology in municipal recycling facilities (MRFs), incentivizing collection through municipal fees, and working to ensure landfilling is not a more economically attractive option than recycling.

What’s a popular misconception about PET you can dispel?

Stewart: I’m always surprised when I talk with someone who believes that PET cannot be recycled. For those of us who have toured MRFs or PET recycling facilities, we know that it is being done every day. Another misconception is with Bisphenol A (BPA): PET never has and never will contain BPA.

What can industry publications like PlasticsToday do better to support recycling efforts?

Stewart: We’re very fortunate to have strong trade publications like PlasticsToday. The trade publications are knowledgeable about the various types of plastics and issues of recyclability. You can continue to talk about and emphasize the benefits of plastic packaging and what role it has in the market and reassure the industry that it’s ok to choose plastic. As the next generation of package engineers enters the workforce, there is also a role to reassure them that they’ve made the right choice.

Stewart: PET offers the best solution to the packaging industry, both from a performance and end of life aspect. It is strong, lightweight, can be molded into any shape, contains no toxins and is low cost.

In a recent report, Dr. Roland Geyer of UC Santa Barbara estimated that by 2015 only 9% of all plastics had been recycled. In contrast, the leading market research company, Wood Mackenzie, reports that in 2018 the global recycling rate for PET was 53.4%. This shows that the recycling of PET far exceeds that of all plastics, making it the most recyclable choice for the packaging industry.