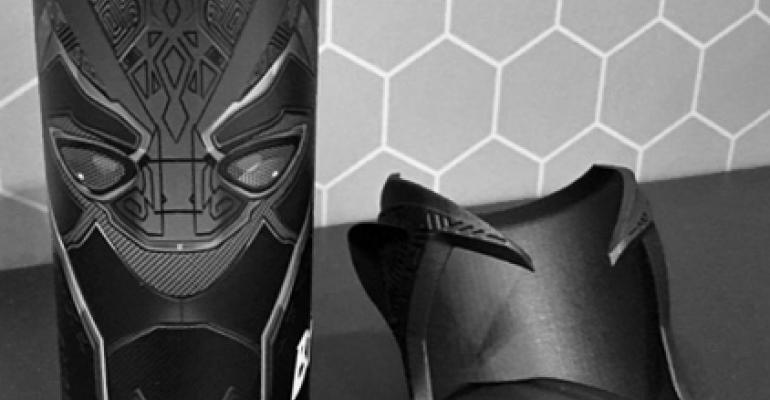 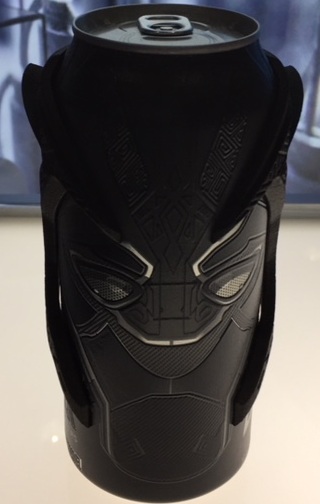 What’s as hot as the weather in NPE2018 host city Orlando, FL, this week? That would be the blockbuster hit Black Panther movie. As a tie-in to the movie, a very limited-edition mask can from PepsiCo (Purchase, NY)—only about 250 were manufactured—was displayed in the booth of Protolabs (Maple Plain, MN), which won a contract to provide the critical 3D-printed mask.

The Black Panther mask cans served as the centerpiece for a promotional kit for the hit movie that led to an online campaign that generated more than 10 million social media impressions.

The project was set in motion after PepsiCo reached out to Protolabs.

“We worked closely with the brand about specifications and then conducted multiple test runs to see what was feasible as a low-volume production run,” said Protolabs’ Jenna Margaria. “We found that HP’s MultiJet Fusion (MJF) was a good solution as a low-cost option in the timeframe needed.”

The mask was printed via MJF using powdered nylon, then dyed matte black. 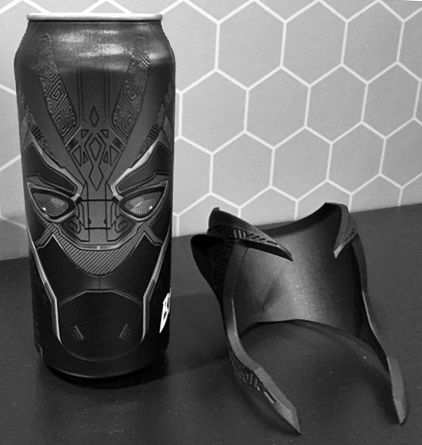 Nils Hegland, Protolabs strategic account manager, said “Multi Jet Fusion, a new production-grade 3D printing technology developed by HP, and added to Protolabs’ offerings in 2017, was selected to produce the parts because the nylon material that the MJF process utilizes provided the flexible properties desired for the part.

“When we first started working with Pepsi, it became clear that 3D printing would be one of the only options to manufacture the part; it is a difficult part to manufacture using other processes.”

The masks were printed in under 3 weeks, Hegland added.

“I think the concept of using 3D printed parts for cans or bottles could take off,” offered Margaria.

To see this one-of-a-kind fusion of Hollywood, technology and packaging, visit Protolabs in booth S24147.