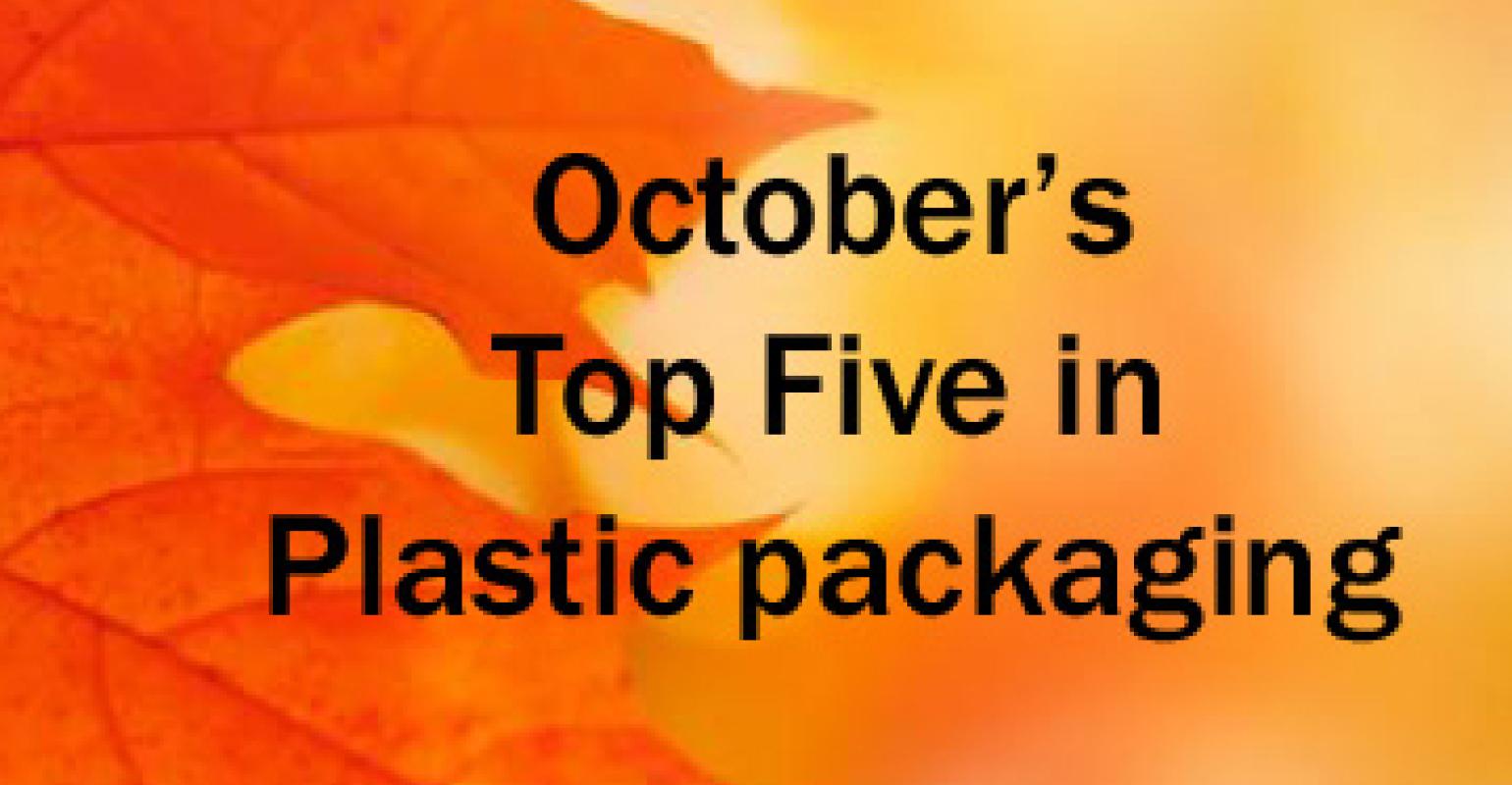 The lone outlier among last month's best-read packaging news was an updated report on a patent for molded dispensing containers one authority called the Keg Head. 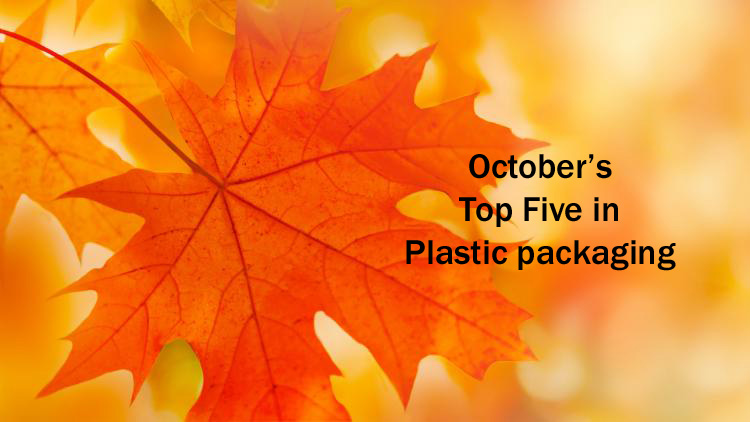 Welcome to November, which is anchored by a reflective, family-oriented holiday, Thanksgiving. The month began Friday, immediately after October’s swan song festival of Halloween where kids can be kids and adults can also dress up as whoever or whatever they wish.

With a new month underway we review the best of October in plastics packaging, done by assessing the most popular articles of the month at the PlasticsToday Packaging channel as determined by page views. As with previous compilations across any particular timeframe, the list is populated by an abundance of sustainably centered news. In fact, sustainable packaging nearly ran the table, the lone exception being a slideshow feature of a wild invention that’s sandwiched at #3 exactly in the middle of the quintet.

We begin in typical reverse order with the #5 article of the month that checks in on the sustainability news from two of the world’s largest rival beverage brands, Coca-Cola Company (Atlanta) and PepsiCo (Purchase, NY).

Unfortunately, both left the Plastics Industry Association because of so-called philosophical disagreements with that organization’s strategies. Since then, both companies have launched new efforts to solve the problems that the plastics industry apparently has created for them, points out veteran plastics reporter Clare Goldsberry.

In a release sent in September, PepsiCo announced accelerated efforts to reduce plastic waste, primarily through cutting by 35% use of virgin plastic across its beverage brands by 2025, “driven by increased use of recycled content and alternative packaging."

In a more positive tone, Goldsberry mentioned Coke’s development of first-ever sample bottles made using recovered and recycled marine plastics, demonstrating that, one day, even ocean debris could be used in recycled packaging for drinks (see First-of-a-kind Coca-Cola PET bottles made from ocean plastics, published October 2019).

For more, read What in the world of sustainability are Coke and Pepsi up to now?

Next: A K 2019 update to clarify oxo-biodegradable plastics

#4. Two hot topics merge in this report that married the K Show with a sustainable packaging controversy: oxo-biodegradable additives that help plastics biodegrade faster in the presence of oxygen. They are intended for plastics that get into the open environment—including the marine environment—to offset the carelessness of people who litter and the lack of collection, recycling or incineration infrastructure. 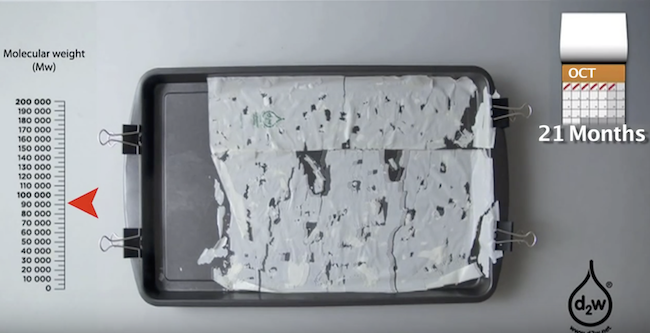 In November 2018, UK-based Symphony Environmental Technologies welcomed a report from distinguished lawyer and former Deputy Judge of the High Court in England, Peter Susman, QC, that declared the scientific case for oxo-biodegradable technologies to be “clear and compelling.”

Next: Substance-dispensing headgear, aka the Keg Head

#3. What can you wear on your head that looks exactly like a baseball, futbol, motorcycle or any of 150 different things that can dispense beer or any other cold beverage? That’s the RoFo Beverage Dispensing Headgear, patented by Randy Flann. As a bow to Octoberfest, 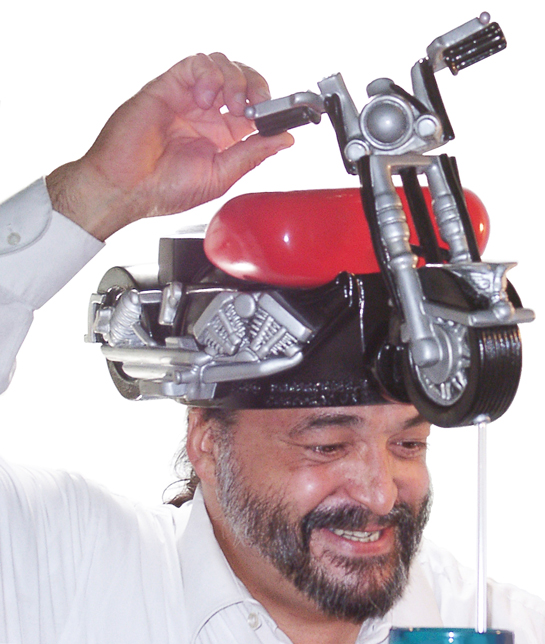 PlasticsToday celebrated the 20-year anniversary of the patent’s publication in October 1999 with a 10-page slide show gallery of various designs along with custom fresh information and details disclosed the past month in interviews with the inventor.

Sound silly? It may be, but there’s also solid R&D behind Flann’s plans to bring it to market that included including two separate University of Wisconsin-Milwaukee engineering assessment reports, a blowmolding expert’s evaluation of the practicality along with recommendations and a Finite Element Analysis (FEA) Stress Analysis graphic that’s also just plain cool.

Along the way you’ll be treated to dispensers that resemble a futbol, sombrero, wrestling arena, motorcycle and more including one that hearkens to the Wild West.

Next: The inevitable—Greenpeace reaches a dead end

#2. It was bound to happen. In a recent report from Greenpeace, “Throwing Away the Future: How Companies Still Have it Wrong on Plastic Pollution Solutions,” the organization has concluded that not only is plastic bad for the environment, every other “alternative” material is, as well.

Those who are promoting a return to paper packaging will soon be hearing outcries from Greenpeace about how paper usage is destroying the world’s forests. After all, it is the earth’s forests that consume tons of carbon dioxide from the atmosphere like so many giant sponges. So, all you tree-huggers can breathe easy, so to speak. 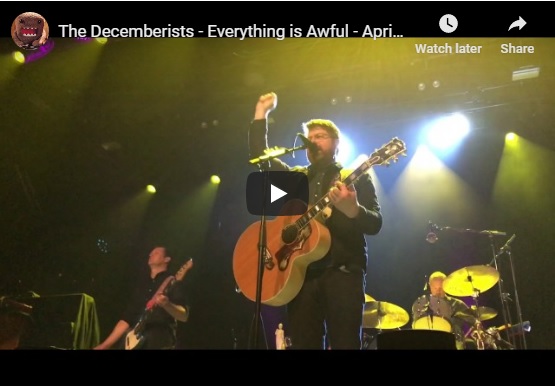 Also, a lot of paper packages (as well as single-use paper cups and containers) have plastic liners and can’t be recycled. Off to the landfill with those! Paper recycling facilities are drowning in paper, and some recycling centers have stopped collecting paper entirely.

And if you thought that bioplastics were safe from Greenpeace, think again. Greenpeace has dismissed bioplastics, or bio-based plastics made from plants such as sugar cane or corn, as just so much “greenwashing.”

For more including an embedded music video, read Everything is awful: Greenpeace comes to the realization that no alternative materials to plastics are eco-friendly

The month’s most popular feature was, at 17 web pages, also among the longest posted last month. But don’t be put off by its length, it reads a lot shorter than that because it’s a breezy slide-show presentation with a lot of nice pictures and just enough information to give you the gist of what it’s about. 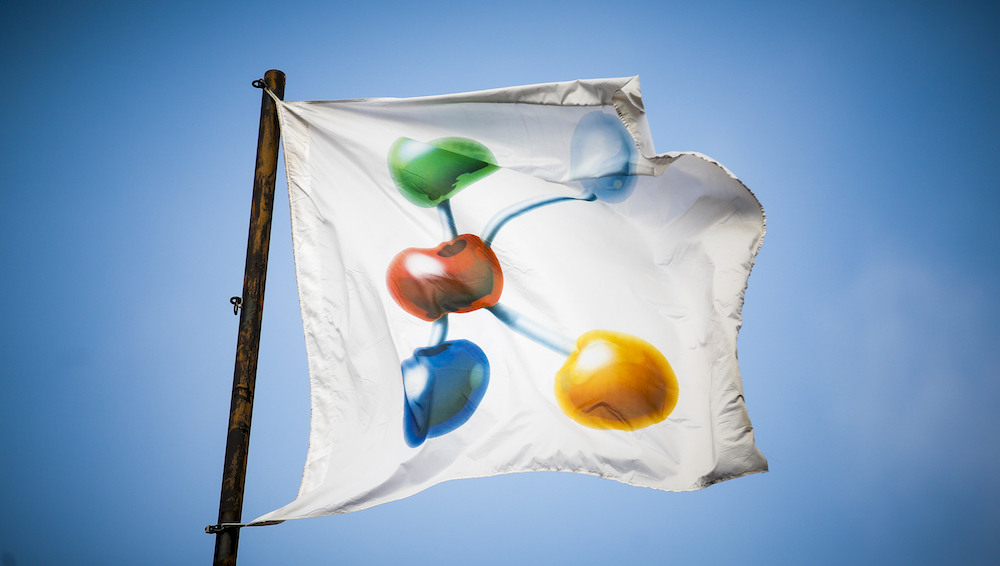 And what it was about was a preview of what makers of molding machinery for packaging as well as plastic packaging suppliers would present during K 2019 in Düsseldorf, Germany, held last month.

Products highlighted run from sustainable in-mold labeling innovations to beverage breakthroughs to revolutionary rPET food packaging extrusion to vision systems, first-of-kind multilayer blowmolding and to injection molding for a Circular Economy and more, all part of an epic, world-class event that’s so expansive it's held only once every three years. For more of what you may have missed there, read What’s new in packaging at K 2019.