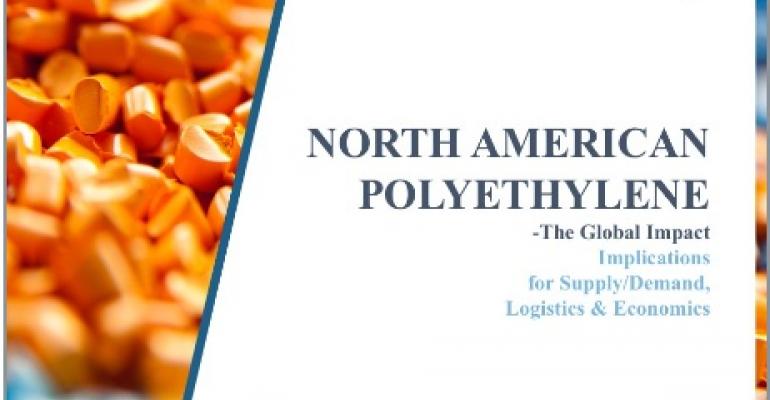 Because North American polyethylene is globally competitive, oversupply over the next decade will create large export growth opportunities along with an estimated 110,000 new jobs, according to a new report.

Domestic production of polyethylene will exceed domestic demand, creating opportunities over the next decade for North American companies to export their excess supply to regions like China, Africa and India. Thanks to the shale gas revolution, North America’s cost competitiveness is driving this expected production capacity of polyethylene (PE) faster than domestic demand increases. 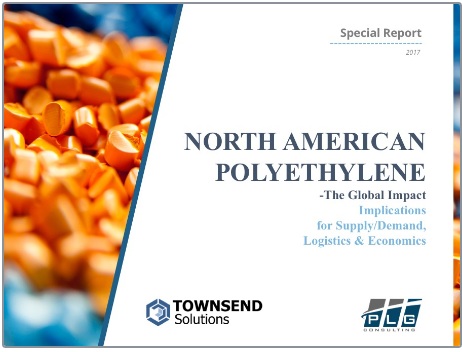 “By 2019, North American PE production capacity is expected to grow by 36%, while demand is only going to grow by 11%,” says Roberto Ribeiro, president of Townsend Solutions (Houston). “This oversupply will create opportunities for large export growth because North American polyethylene is globally competitive.”

The increased domestic production of polyethylene has encouraged 123 PE converter investment announcements in the United State during 2015 and 2016, a number that is expected to continue to grow.

Over the next decade, 110,000 new plastic industry jobs will be created, according the American Chemistry Council (Washington, DC). This combines to make North America one of the most competitive regions in the world for production polyethylene products such as food packaging, films and pipes.

While there are many benefits of the large growth in PE products, there will be several challenges for producers and logistics solutions.

“Rail, truck and port congestion, container shortages, and limited sailings will hamper efficient logistics, especially at the Port of Houston—where most exports will flow out of because of its proximity to producers and packagers,” adds Taylor Robinson, president of PLG Consulting (Oak Park, IL). “Alternative solutions will need to be developed outside the Houston area to provide options that can speed up the supply chain and minimize cost.”

PLG Consulting and Townsend Solutions have developed a comprehensive report on the dynamic polyethylene expansion in North America; for more information, visit www.polyethylenereport.com.