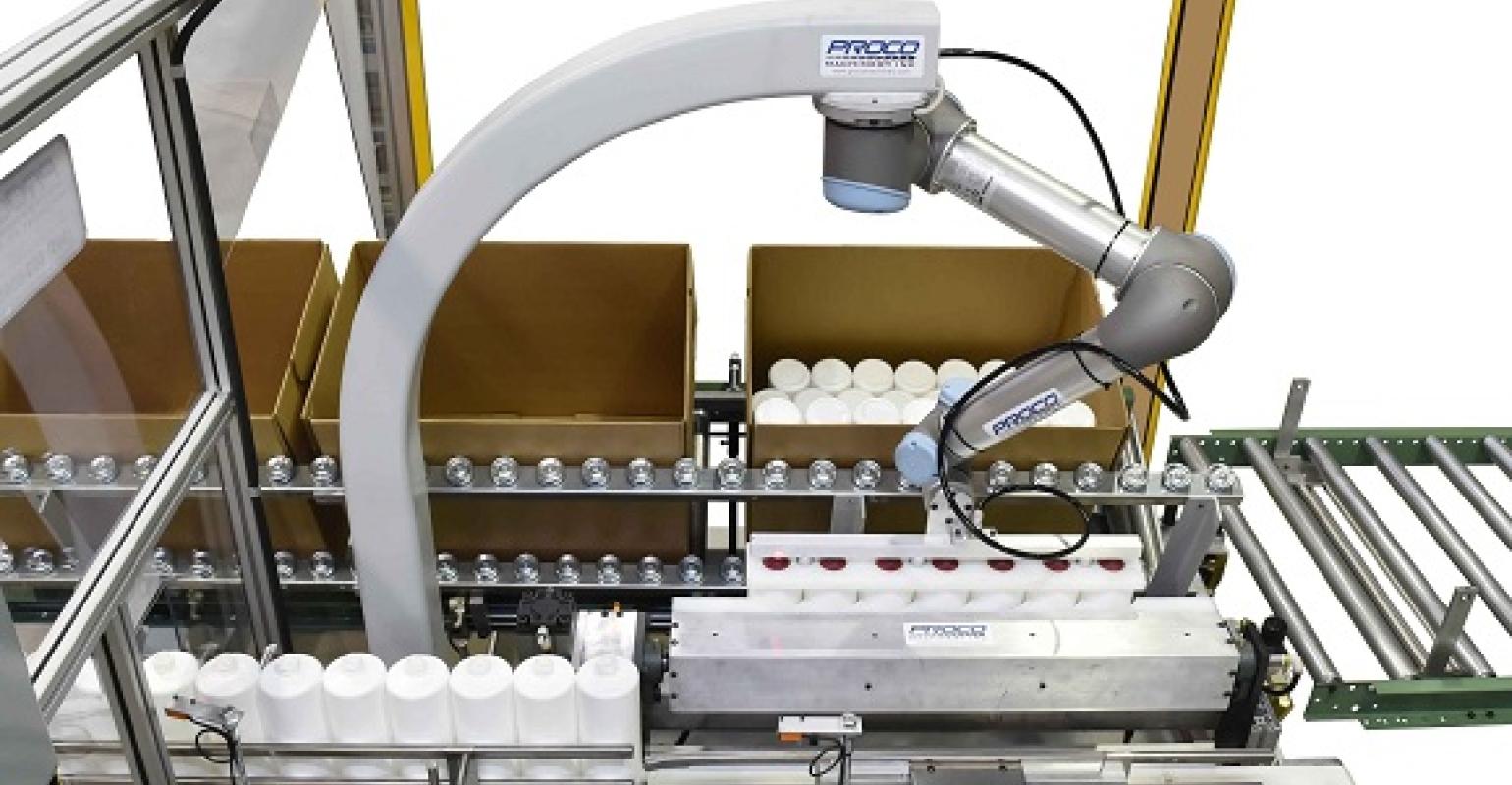 Manufacturer of automation systems for blow molded containers will showcase the Half-Cube Palletizer and the Robo Packer case packer for the packaging industry. 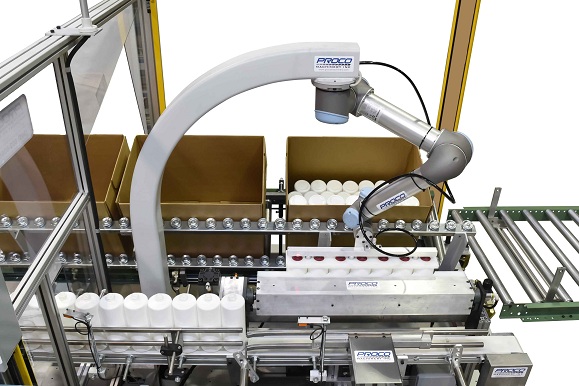 Both new products are attracting broad interest in the packaging market due to the need for greater efficiency and automation, says Siva Krish, Vice President of Sales for Proco. “These systems are being designed in such a way that they complement the production line and provide simplified operation, a smaller footprint, and enhanced efficiencies. [They] reduce the handling of the container and provide an excellent return on investment (ROI).”

Proco will demonstrate its Half-Cube Palletizer System for the production of blow-molded containers which delivers a major cost reduction versus conventional automation. The collaborative robot system automatically palletizes blow-molded containers with minimal operator involvement. The advanced robotic system is ideally suited for palletizing containers at a 50% cost reduction compared to conventional automation solutions. The new automation technology blends this human-like collaborative robotic system together with Proco’s industry-leading expertise in the blow molding and packaging industries, according to Krish.

The Half-Cube Palletizer can be easily and quickly adapted to a variety of packaging and repetitive manufacturing situations working alongside existing workers or working independently. Proco has already sold a few Half-Cube Palletizer systems to leading U.S. custom blow molders of PET containers.

The Half-Cube Palletizer system is a totally integrated packaging module and is supplied with a six-axis collaborative robotic arm, infeed conveyor, pallet lift magazine and Slip sheet/Tray pick and place magazine on a common sub-frame which in turn is fitted with leveling pads and castor wheels. The system has a maximum height of 55-inches which is the half-cube configuration that is common to most U.S. blow molding operations.

The only manual operation occurs when an operator places the trays in the magazine. When palletizing is complete, an alarm sounds and the operator pulls the pallet out and places another pallet in the magazine. The Half-Cube palletizer handles both slip sheet and tray configurations in 44 x 56-inch and 40 x 48-inch sizes. The system can be moved into position, set up, and quickly put in production. The Half-Cube palletizer provides maximum flexibility and efficiency and can be configured to pack all necks up or all necks down. In situations where a standard configuration does not suit a particular application, Proco’s engineering team can develop a custom designed system to provide an efficient, cost-effective solution.

Proco will also show its Robo Packer case packer (shown at top), a breakthrough collaborative robotic automation system that works interactively with coworkers, requires no special guarding and needs minimal training for teaching new tasks. The Robo Packer is ideally suited for pick and place, assembly and packaging applications at a cost that is 50% less than conventional automation solutions. 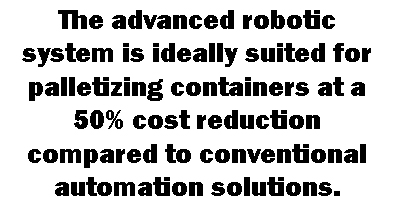 The system can be supplied with any one of three different robotic arm payloads depending on the application, the task to be performed, and the level of productivity that is required.

The Robo Packer Basic System is a totally integrated packaging module and is supplied with a six-axis robotic arm, infeed conveyor, and a box conveyor all mounted onto a common sub-frame which in turn is fitted with leveling pads and castor wheels. It can be moved into position, set up, and quickly be in production. The Robo Packer provides maximum flexibility and efficiency and can be configured to pack all necks up or all necks down either using row-by- row or full-layer packing methods. In situations where a standard configuration does not suit a particular application, Proco’s engineering team can develop a custom designed system to provide an efficient, cost-effective solution.

For one of its customers, Proco recently used the Robo Packer in an automation system for production of a wide-mouth canister at a rate of 30 bottles per minute for each line. Proco handled the tighter space challenge, the huge changeover demands, and the need for an 18-pack configuration for each line. The company reduced its labor needs, going from a three-person shift to a one-person shift for both lines at a major cost reduction. The project was a great success and return-on-investment was around 15 months.