Race Is On for Commercialization of Plant-based Plastic Bottle 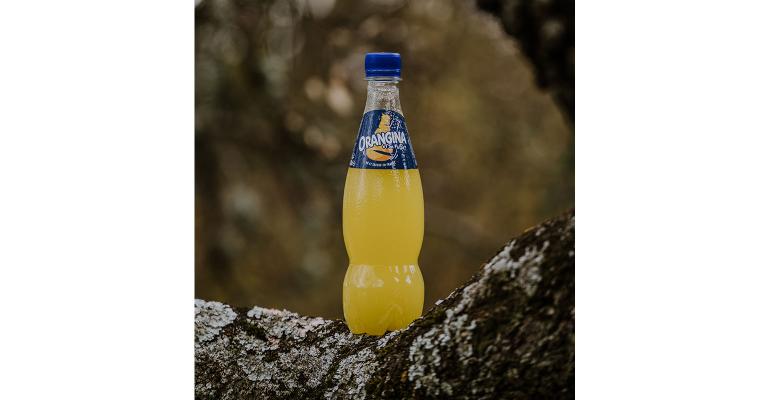 The so-called “plant bottle” has been a long time coming, and it’s still not really here, but Japan’s Suntory Group and the Coca-Cola Co. are inching closer to getting it into the hands of thirsty consumers.

Suntory said that it has achieved a milestone by creating a prototype PET bottle entirely from 100% plant-based materials. The prototypes were produced for the Orangina brand, which Suntory owns in most of the world except the United States, where it belongs to Keurig Dr Pepper, and its mineral water, Suntory Tennensui.

Described as a crucial step toward achieving the elimination of petroleum-based virgin plastic from its global PET supply by 2030, Suntory said the breakthrough is a result of its nearly decade-long partnership with sustainable technology company Anellotech, based in Nanuet, NY.

From wood chips and molasses to plastic

The PET is composed of 70% terephthalic acid (PTA) and 30% mono ethylene glycol (MEG). Suntory’s prototype plant-based bottle is made by combining Anellotech’s plant-based paraxylene derived from wood chips, which has been converted to plant-based PTA, and pre-existing plant-based MEG made from molasses, which Suntory has been using in its Suntory Tennensui brand in Japan since 2013.

Both the PTA and MEG are derived from biomass and feedstock that do not compete with the food chain, according to Suntory.

The fully recyclable prototype plant-based bottle is estimated to significantly lower carbon emissions compared to a petroleum-derived virgin bottle. “The competitive advantage of Anellotech’s Bio-TCat generated paraxylene is its process efficiency,” said David Sudolsky, President and CEO of Anellotech. It uses a single-step thermal catalytic process by going directly from biomass to aromatics — benzene, toluene, and xylene — and allows for a significant reduction in greenhouse gas emissions compared with fossil-derived paraxylene in the manufacture of PET, he added. Process energy is generated by the biomass feedstock itself.

Suntory did not give a specific timeline for commercialization of the 100% plant-based bottle other than to say it plans to do so “as soon as possible to meet its 2030 fully sustainable PET bottle goal.”

The Coca-Cola Co. first put PET bottles made entirely from renewably sourced materials on the world stage back in 2015 at Expo Milan. In October of this year, it unveiled the “first-ever beverage bottle made from 100% plant-based plastic, excluding the cap and label, that has been made using technologies that are ready for commercial scale.” (Suntory did not disclose the composition of the cap and label on its plant-based bottle. It did note, however, that it “has created the lightest bottle cap, the thinnest bottle label, and the lightest PET bottle produced in Japan to date.”)

Coca-Cola's new prototype bottle is made from plant-based paraxylene (bPX). It is produced using a process developed by Madison, WI–based Virent, which converts bPX into plant-based terephthalic acid (bPTA). As the first beverage packaging material resulting from bPX produced at demonstration scale, Coca-Cola believes this new technology signals a step-change in the commercial viability of the biomaterial. The bPX for this bottle was produced using sugar from corn, though the process lends itself to flexibility in feedstock, added Coca-Cola.

The bMEG process, which Coca-Cola co-owns with Changchun Meihe Science & Technology, has also been streamlined and reportedly allows for various types of renewable materials to be used for feedstock. Coca-Cola explained that bMEG typically is produced by converting sugarcane or corn into bioethanol as an intermediate, which is subsequently converted to bioethylene glycol. Now, sugar sources can directly produce MEG, resulting in a simpler process. UPM, the technology’s first licensee, is currently building a full-scale commercial facility in Germany to convert certified, sustainably sourced hardwood feedstock taken from sawmill and other wood industry side-streams to bMEG.

“Our goal for plant-based PET is to use surplus agricultural products to minimize the carbon footprint, so the combination of technologies brought by the partners for commercialization is an ideal fit with this strategy,” said Dana Breed, Global R&D Director, Packaging and Sustainability, Coca-Cola Co.