HomePackagingRecycling Facility to Process All Household Plastic Waste in Sweden
Recent
End Markets
Springfield Plastics Announces Major Expansion
May 27, 2022
Resin Enables Cost-Effective Impact Modification with Lighter Elastomer Load
May 27, 2022
PPS-Polyamide Tubing Offers High-Temp Option for Cooling Lines
May 27, 2022
The End of the Extrusion Line Is Where Savings Begin
May 26, 2022
Single-Use Endoscope Technology Earns New Accolade
May 26, 2022
Bioplastics News Stream
May 26, 2022
Breaking News in Flexible Packaging
May 26, 2022
Rehau Group Pulls Out of Russia
May 26, 2022
Supply Chain
brought to you by

Recycling Facility to Process All Household Plastic Waste in Sweden 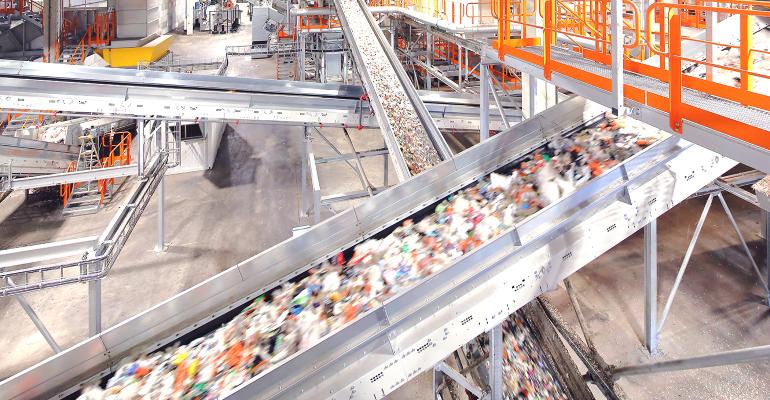 Swedish Plastic Recycling (Svensk Plaståtervinning) is investing 1 billion Swedish krona — more than $116.5 million — to develop a state-of-the-art plastics recycling facility at its existing facility in Motala, Sweden. The new operation will be able to recycle all plastic packaging from Swedish homes, with no carbon dioxide (CO2) emissions.

“We are doubling our capacity and will be able to handle 200,000 tonnes of plastic packaging per year. This creates the conditions needed for receiving and eventually [recycling] all plastic packaging from Swedish households,” said Mattias Philipsson, CEO of Swedish Plastic Recycling, in a prepared statement.

The current Motala facility, which Swedish Plastic Recycling claims is already the most efficient recycling facility in Europe, currently processes four types of plastic. When Site Zero is operational, it will be able to sort and recycle 12 types of waste:

At Site Zero, any small pieces of plastic left over after sorting will be separated and sent to chemical recycling or become new composite products. Swedish Plastic Recycling will use carbon capture storage (CCS) for the small amount of waste that cannot be recycled. No packaging will be incinerated.

Site Zero will be fully automated, using 60 near infra-red (NIR) sensors for sorting along an approximately 5-km-/3.1-mile-long conveyor belt.

“We are also preparing for washing and granulation of the plastic in phase two, which is planned for 2025. Then our entire plastic flow in Sweden can become circular,” Philipsson said. By 2023, Site Zero will employ 150 to 200 workers, up from about 80 currently.

The new facility will be climate neutral, with zero emissions. It will be powered by renewable energy; Swedish Plastic Recycling plans to produce renewable energy by covering Site Zero’s large flat roof with solar panels.