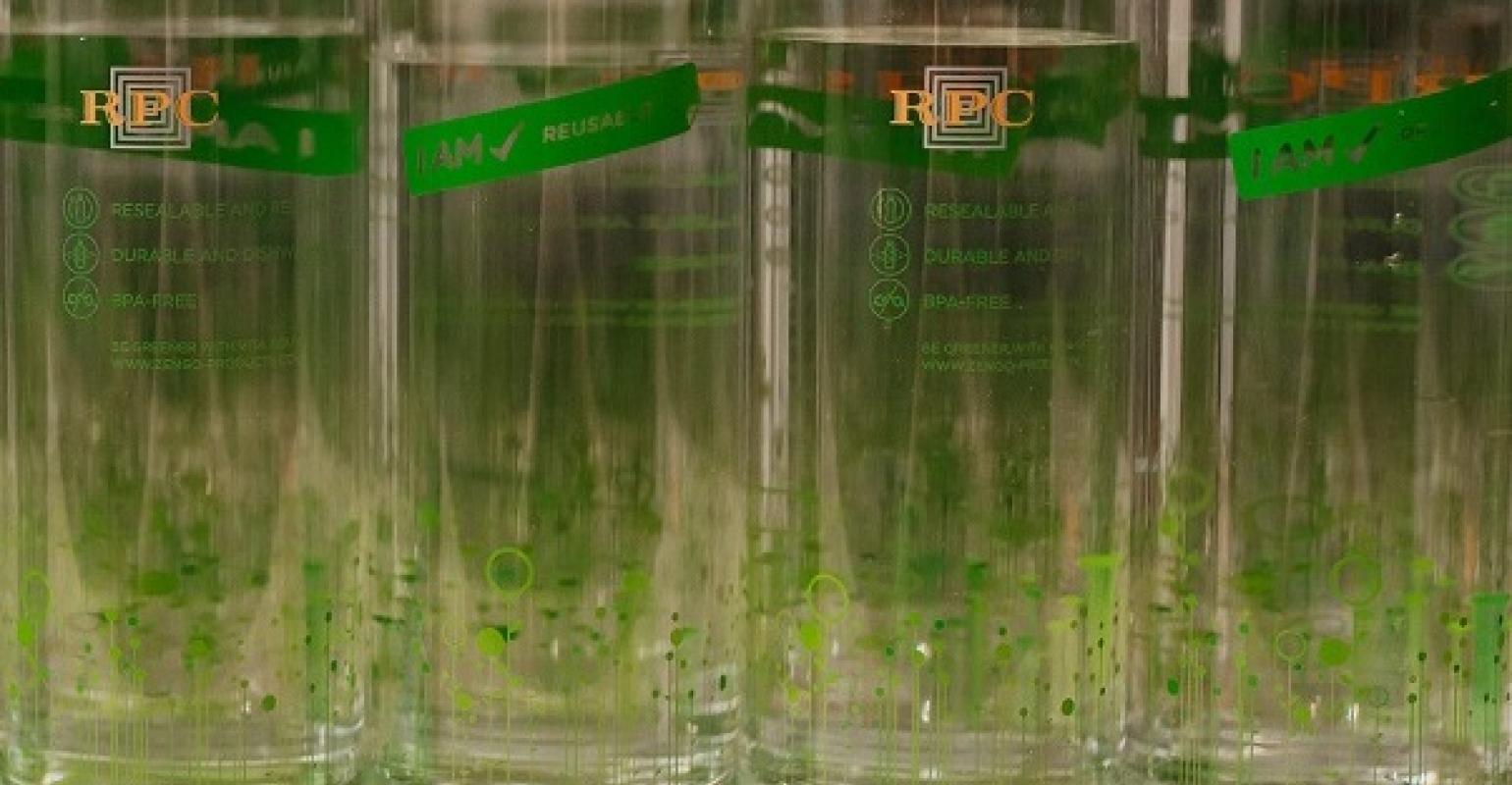 Refillable plastic bottles a hit inside and outside the library

A conference that quenched attendees’ thirst with refillable water bottles is on-trend with a growing number of sustainably minded consumers globally. 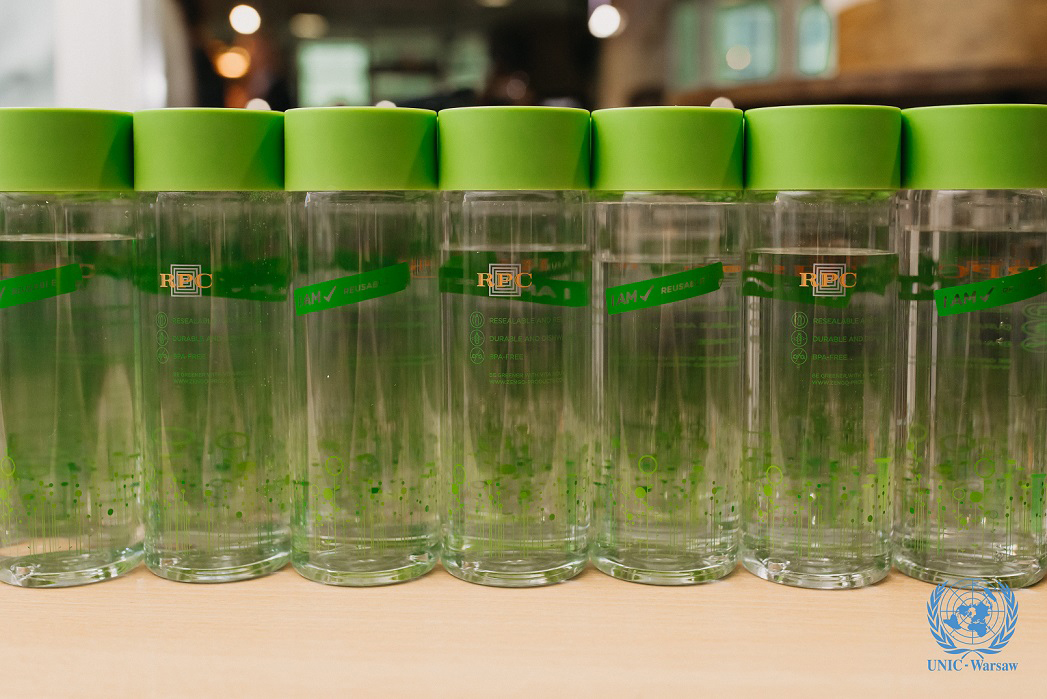 A vast number of people embrace sustainable practices, which for me include using electric lawn mowers and multiple rain barrels seasonally and, on a daily basis, using refillable water bottles at work and while driving. One is made of glass and the other of plastic.

A regular check of newsfeeds uncovered a particular case study application story that piqued my interest not only because it involves reusable water bottles, but the conference where they were used was located inside a library—and my wife is a librarian. That seemed a novel venue for refillable bottles that replace bottled water or drinking glasses typically offered to attendees of such things.

And in another slight plot twist, it wasn’t a packaging industry conference or a sustainably-minded topic that was discussed, but rather a “Human Rights in Poland” event hosted at the Warsaw University Library in October. It was organized by the United Nations Information Centre with the student organizations ELSA Poland and AIESEC Poland and offered speakers from the UN, the Polish Government, non-government organizations, human rights activists and Polish celebrities. In addition to 350 participants, a further 35,000 viewed the conference via a livestream on Facebook where posts reached more than 265,000 people that cumulatively formed a large audience. 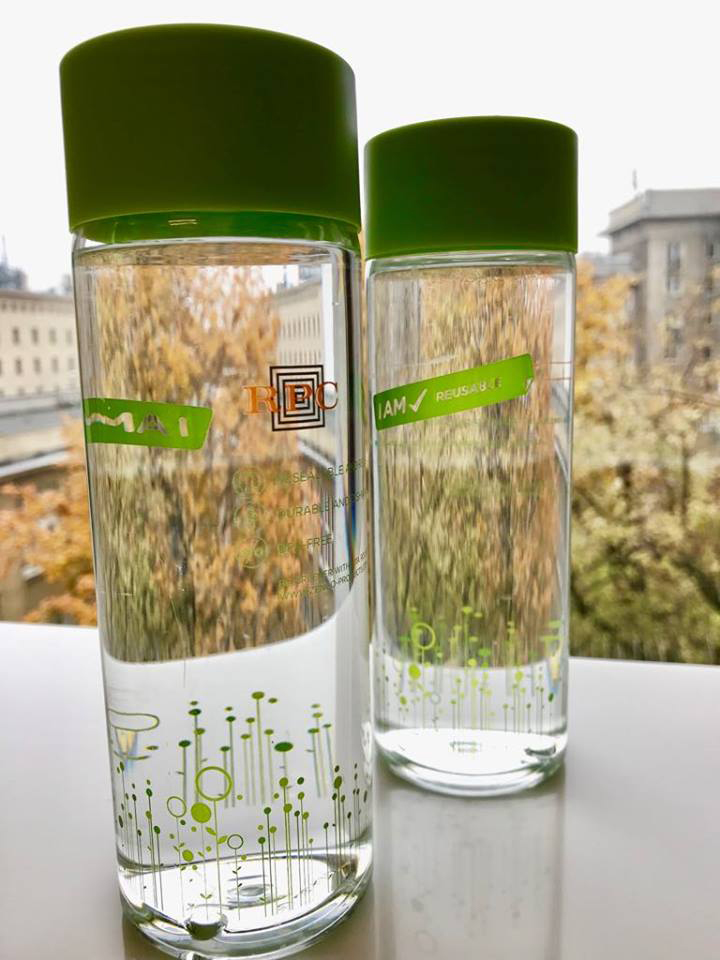 The 400 refillable plastic water bottles that were provided by RPC Group (Higham Ferrers, England) were also a useful takeaway keepsake for attendees.

“We are very grateful to RPC for supporting our conference and supplying such brilliant bottles, enabling us to make this valuable contribution to protecting our environment while discussing such an important topic,” said Karina Rathman of the United Nations Information Centre in Warsaw.

The 400mL water bottles were manufactured using Tritan, a specialty copolyester from Eastman (Kingsport, TN)  that combines high glass-like clarity along with being nearly unbreakable. The dishwasher-safe bottles retain remain glossy even after hundreds of wash cycles, making them ideal as a long-term reusable solution for consumers wanting to drink while staying on the move.

Tritan is considered Eastman's flagship polymer and has long been used for applications like water bottles due to its inherent clarity, colorability, durability, ease of processing, and heat and chemical resistance. Other markets range from housewares, small appliances, medical packaging and devices to dual-wall tumblers and other beverage ware. 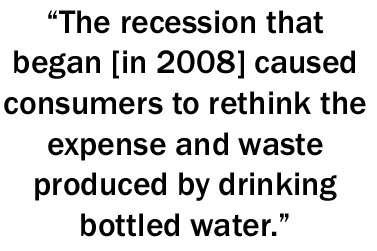 “Tritan allows bottle producers to make products that are completely BPA-free,” Moncla says. “The recession that began that same year caused consumers to rethink the expense and waste produced by drinking bottled water. That is when Tritan-based sports bottles began a double-digit growth rate that lasted well into the current decade.”

The bottle packaging and details evolved over the years with consumer preferences.

“While the initial hydration products were mainly sports bottles focused on hiking and backpacking, the products evolved over time and were tailored to the specific needs and preferences of consumers,” Moncla points out. “Lids were developed to satisfy both the ‘sippers,’ who prefer straws, and the ‘chuggers,’ who want to [guzzle] half the bottle in a few seconds. Dual-wall insulated bottles and tumblers were also developed to keep coffee warm and soda ice-cold. In just the last couple of years, bottle filling stations at many locations throughout the U.S. have now made the reusable Tritan-based bottle a great solution while on-the-go.” 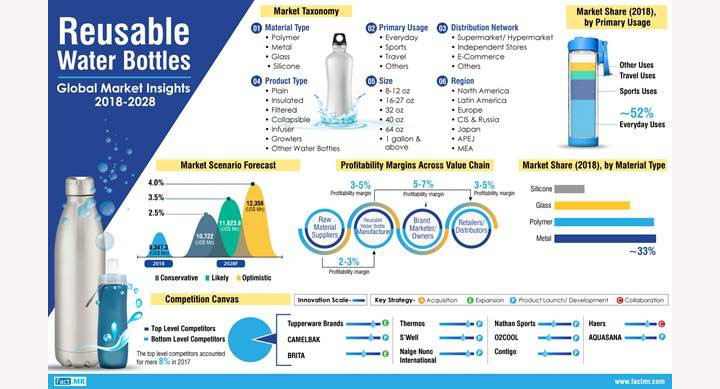 The growth in refillable bottles that originated stateside crossed the Atlantic.

“While the trend of using reusable bottles for hydration started initially in the U.S., the concept is gaining traction all over the world, especially in Europe,” says Moncla. “We estimate that more than 70 million hydration bottles made from Eastman Tritan copolyester are sold every year globally. Each one of those bottles can save many dozens of disposable bottles from being used and thrown away. Because Tritan bottles are incredibly durable, they will keep saving disposable bottles from the trash heap for many years to come. The biggest challenge is for consumers to make slight adjustments to their routine to make this savings a part of their daily schedule. So before they head off to the concert or the beach or whatever activity, they need to fill up that Tritan bottle and chug or sip their way to saving money and the environment.” 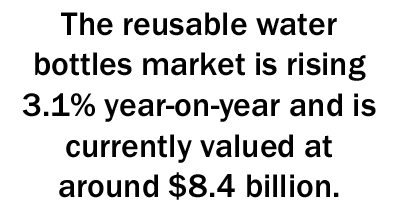 The facts speak volumes about the reusable water bottles market, which is rising 3.1% year-on-year and is currently valued at around $8.4 billion based on a recent report from Fact.MR (Rockville, MD). The Reusable Water Bottles Market study remains buoyant on the continuing demand for reusable water bottles, as growing environmental concerns are driving consumers as well as end-use industrial sectors to switch to eco-friendly alternatives of single-use water bottles.

Although growing environmental concern are accelerating sales of reusable water bottles, their heavy weight, high cost, and maintenance requirements create major challenges for the growth of the market.

According to the report, metal and glass are costlier than plastic, which is why a majority of manufacturers in the reusable water bottles market are choosing plastic as a primary raw material. Plus consumers like the lightweight of plastic containers.

Additionally, concerns over the increase in plastic waste has initiated various movements aimed at curtailing its use, the report notes, as the ongoing war against plastic is exhorting consumers to shift away from single-use plastic water bottle. Increasing environmental awareness among consumers is likely to remain the fundamental driver for the growth of the reusable water bottles market.