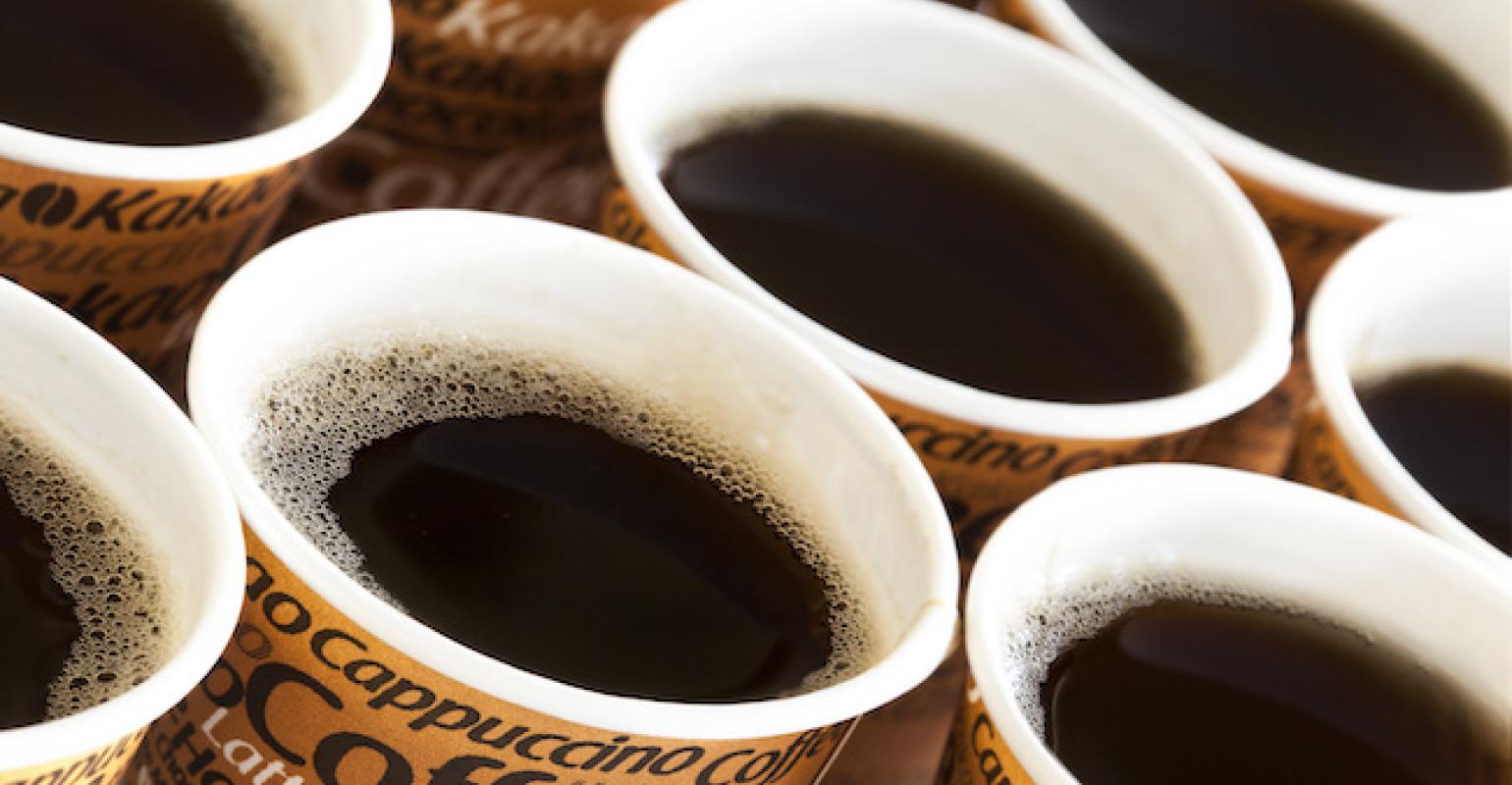 San Francisco–based Blue Bottle Coffee Co. has begun a pilot program to rid coffeehouses of all disposable cups. Customers who want their coffee to-go will have to bring their own mug or pay a hefty deposit for a reusable cup, which they can keep or return for a refund.

It was bound to happen sooner or later: Coffeehouses and fast-food restaurants that banned plastic cups are now banning paper cups, too. If you thought that paper would be the winner in the paper vs. plastic war, think again. It seems that companies are now getting backlash for using trees to make single-use paper (SUP) products.San Francisco–based Blue Bottle Coffee Co. announced on Dec. 25 that it will join a number of coffeehouses that not only have banned plastic to-go cups, but are now giving paper to-go cups the boot, as well. Blue Bottle, which says it uses about 15,000 to-go cups a month at its 70 U.S. locations, wants to “show our guests and the world that we can eliminate disposable cups,” said the AP announcement. It will begin a pilot program with two of its San Francisco area branches in 2020.

So what’s a coffee lover to do?

Blue Bottle, whose parent company is Nestlé, said that customers who want to carry out their coffee will have to bring their own mug or pay a deposit of between $3 and $5 for a reusable cup, which they can keep or return for a refund. Blue Bottle’s “zero-waste” efforts will satisfy the city of Berkeley’s Single-Use Foodware and Litter Reduction Ordinance that mandates a 25-cent charge for the use of disposable cups (by the way, the cups must be compostable since the start of this year). By July 1, 2020, Berkeley establishments must use only reusable (ceramic, glass or stainless-steel) cups.

I’ve written to Blue Bottle and asked how going to reusable cups might impact electricity and water costs, along with sterilizing liquids required to be in accordance with health department rules. I received a polite reply that the information will be provided when it becomes available.

Paper is not only taking hits from the “green machine” for the use of trees to make SUPs, but someone let the cat out of the bag about paper cups not being made of just paper. They are lined with plastic to keep the paper from leaking or falling apart, which means they can’t be recycled with paper products.

Things will worsen when these bans also affect plates, bowls and eating utensils, all of which will have to be made from reusable materials—ceramic, glass or maybe melamine will make a comeback. Take-out meals will require deposits on every reusable item taken from the restaurant to ensure that people bring them back for sterilizing/washing and reuse.

Or maybe people can carry around a picnic basket complete with everything needed for a nice meal except the food! They can load up their plates with their meals and find a nice park bench somewhere.

Given California’s water and electricity problems, using more of both of these resources will get mighty expensive. Even wind and solar aren’t free, or even cheap! But that’s one more cost the establishments will pass along to consumers.

Jon Huntsman, Sr., used to say “use old dinosaurs, not new trees.” Soon we won’t be able to use either. Instead of competitors, paper and plastic will join together in commiserating over the fate of SUPs. And maybe consumers will decide it’s cheaper and more convenient to brew coffee at home.