‘Saving the planet’ has become a mantra that is virtually meaningless 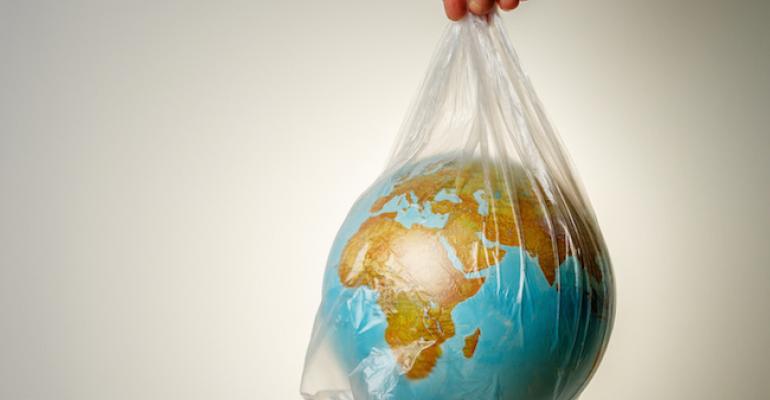 A study by the Danish Ministry of Environment and Food found that you would have to reuse an organic cotton shopping bag 20,000 times before it will cause less environmental damage than a plastic bag.

Almost every day I receive a release from some company or advocacy group (usually As You Sow) or recycling technology entrepreneur that purports to have the next big thing that will save the planet. We’ve all heard the usual hue and cry about how plastic is destroying the planet. Even National Geographic wants you to make a choice: Planet or Plastic. You can sign up and commit to a plastic-free world.

I actually found my plastic soulmate this past week: Bjorn Lomborg, President of the think tank Copenhagen Consensus Center and former director of the Danish government’s Environmental Assessment Institute in Copenhagen. Lomborg, who calls himself a “skeptical environmentalist,” like many of us in the plastics industry, is against plastic bans, calling them “showy actions” in his June 17 opinion article, “Sorry, banning plastic bags won’t save our planet,” in the Globe and Mail.

Like me and my plastics industry colleagues, Lomborg believes that “going without disposable plastic entirely would leave us worse off.” We’ve got to find solutions to the problems without “losing all of the benefits,” he writes.

Bans are worthless for a number of reasons that I’ve addressed many times in my blogs. As Lomborg notes, banning plastic retail bags wouldn’t even make a dent in ocean plastic, given that they “make up less than 0.8% of the mass of plastic currently afloat on the world’s oceans.” The same goes for the craziness surrounding plastic straws, drink stirrers and, most recently, the fight against toothbrushes! Like any of that is going to make one bit of difference in ocean plastic.

Lomborg believes that the focus should be on improving waste management in developing countries, which produce most of the ocean waste. I agree with him on that—very few developing countries have any type of infrastructure to handle recycling, which results in many of these countries banning plastic bags that are far more eco-friendly than the alternatives.

By way of providing some statistics, Lomborg cites a 2018 study by the Danish Ministry of Environment and Food that looked at a number of factors, not just at plastic waste, including “climate-change damage, ozone depletion, human toxicity and other indicators.” The study found that “you must reuse an organic cotton shopping bag 20,000 times before it will cause less environmental damage than a plastic bag.” Using that same cotton shopping bag “every single time we go to the store, twice every week, it will still take 191 years before the overall environmental effect of using the cotton bag is less than if we had just used plastic.”

How true! Think of the entire chain of producing the cotton bag: Plowing the fields to ready them for planting; planting the cotton; employing the use of resources such as water, pesticides to prevent boll weevils, and plowing to rid the fields of weeds; aerial spraying herbicides to kill the cotton leaves so that only the bolls are easily seen for picking; and using, once again, gasoline-powered tractors to gather the bolls for shipping. Then, the cotton cloth has to be produced and shipped to a manufacturer to be made into shopping bags. So-called “natural” materials take a lot of resources and labor to get to the final end product.

Plastic also comes from natural resources—oil and natural gas. Producing plastic takes far less energy and other resources to end up as a plastic retail shopping bag than does cotton. Choosing reusable non-woven (polymer) bags can be a viable option but they must be kept clean by washing—as do the cotton reusable bags—to prevent contamination by microbes from fruits, vegetables and meats.

Paper is no better. Lomborg pointed out that “even a simple paper bag requires 43 reuses to be better for the environment—far beyond the point at which the bag will be fit for the purpose.”

Citing the study again, Lomborg said that it “clearly shows that a simple plastic bag, reused as a trash bag, has the smallest environmental impact of any of the choices.” Lomborg is in favor of a tax on plastic bags as a meaningful way to reduce use without bans, citing Ireland as an example.

An article in the Wall Street Journal on June 24, “Curbs on Plastic Items Take Root in Many States,” cited a 2018 study “commissioned by the city of Chicago [that] found a decrease in the amount of bags used per customer at a grocery store, from 2.3 to 0.51 bags per trip, after a 7-cent fee was introduced in early 2017.” Maybe that is a good answer, certainly better than a ban on retail bags that can be reused as trash bags, reducing the number of new plastic trash bags that are produced to fill the gap.

Most of the ideas that come across my desk are from companies or people who have not researched the science of plastics and have no idea that their alternatives to “save the planet” are often useless or may even be worse for the environment than plastic products.

Recycling infrastructure in developed countries provides a good way to take care of the plastic waste of most single-use items made from the most recyclable plastics such as PET or HDPE. Go from seven recyclable plastic materials to two and give consumers an easier way to sort. The rest can be incinerated with trash as an alternative to landfills. In developing nations, incinerators would seem to be the best option given the huge amount of total trash, not just plastic, those countries produce.

Given all of the catastrophic events that the planet has endured over the past several million years, I don’t believe that there’s a whole lot we humans can do to “save” it, especially from something as beneficial as plastic.