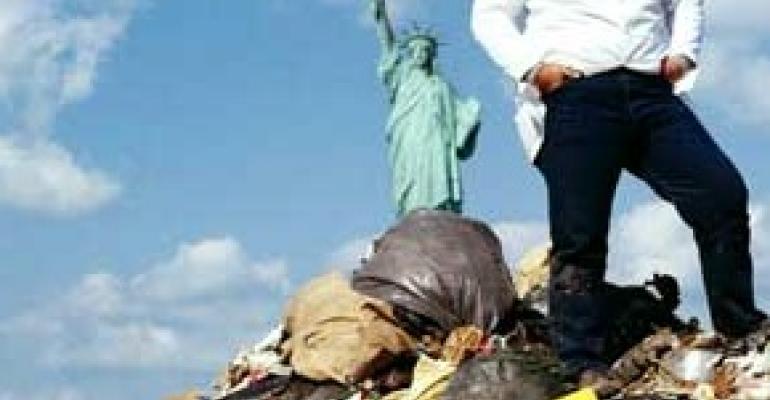 Here’s the problem: It won’t degrade in sanitary landfills, which are mandated in the United States, Canada and other countries.

It’s interesting that an article published in a prestigious publication like Phys.org would have scientific errors when it comes to plastics. I was astonished (in a negative way) when I read this headline of an article dated May 29, 2019: “Scientists create bioplastic for food packaging which degrades in two years.” Two years?

According to the article, a group of scientists at Kaunas University of Technology (KTU) in Lithuania have created cellulose-based biodegradable plastic, which decomposes in a compost bin in a couple of years. Bioplastic created at KTU is transparent and all the materials in its composition are suitable for food contact, said the article.

Giving some background information, the article noted that globally “the amount of plastic produced in a year is roughly the same as the entire weight of humanity,” but only 9% of it is recycled. The rest, noted the article, “is slowly degrading in the landfills.”

Now I’m curious as to which landfills those might be. If the landfills are in the open air, get lots of water from rain and are not lined with plastic to prevent leakage into ground water, two years might be an appropriate timeframe. However, when you are talking about sanitary landfills, such as those that are mandated in the United States, Canada and other countries with an infrastructure for handling various types of waste, you have to know that virtually nothing degrades in those landfill environments.

Most of us have heard about Dr. William Rathje, the now-deceased self-appointed “garbologist” from the University of Arizona, who spent years digging through and studying landfills. His findings are pretty amazing. In a sanitary landfill, nothing degrades, including 25-year-old newspapers (which were still readable when Dr. Rathje dug them up), food remains such as chicken bones, and, of course, plenty of other waste including textiles, metals and plastics.

Once sanitary landfills are filled to capacity, they are capped with a plastic cover and buried with several layers of dirt. Some landfills are equipped with methane capture devices to provide energy to local schools or businesses. However, without water, sunlight/heat and those all-important microbes, nothing—not even biodegradable plastics—degrades.

The article notes that the “plastic disintegration process takes from several hundred to a thousand years; during that time plastic is disintegrating into microplastic particles” [

Researchers like the ones from the KTU Faculty of Chemical Technology who developed this “amazing” bioplastic that can degrade in two years, surely must know that it will not degrade in a landfill. Perhaps their degradation tests were performed outside, where there was sunlight/heat, microbes and lots of rain, all of which are needed to promote biological degradation.

The article did note that this “fully compostable packaging for food products [made] from bioplastic” disintegrates “with the help of micro-organisms.” However, most composting facilities won’t take any type of bioplastic unless it can nearly fully break down into microplastics within six months. As one compost facility operator told me: “People don’t want pieces of plastic in their compost.” Two years would be unacceptable in almost any commercial composting facility.

Plastic, even so-called biodegradable plastic, never breaks down fully and completely disappears. Plastic is produced by an industrial/chemical process that binds molecules tightly together so the plastic will last for very long periods of time. It won’t disintegrate and disappear via a biological process. I’ve heard that many times over the years at various conferences and in interviews with those in the know.