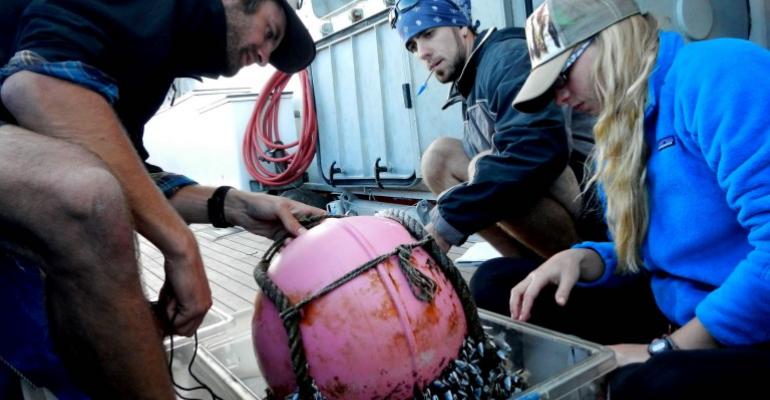 Whenever the topic of plastics in our waters is broached, it is often associated with negativity and the unnecessary evils we as humans are inflicting upon sea turtles and oyster reproduction cycles. However, what we don’t ever hear about are the positive sides to plastics. While the negatives without a doubt outweigh the pros, it’s still worth shedding light on how marine debris is creating floating habitats for crabs, shielding them from predators and helping them cross the Pacific Ocean. 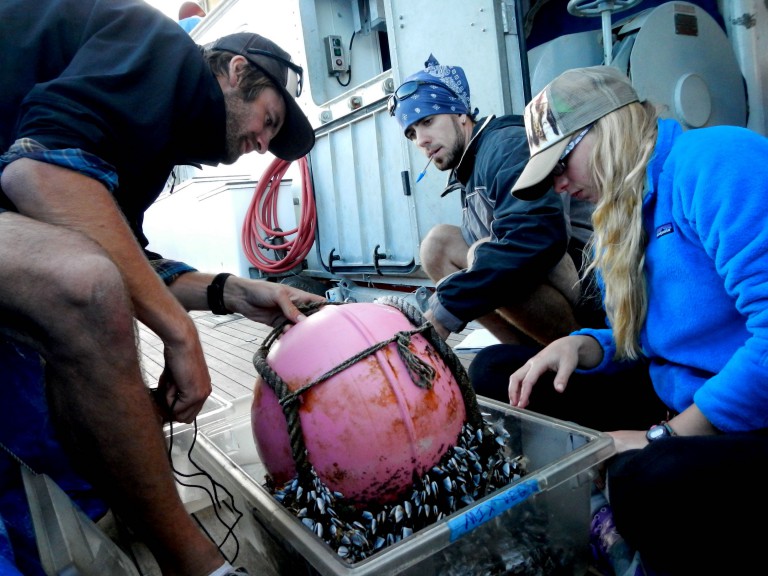 Back in 2012, a team of researchers from the University of Florida embarked upon a 37-day voyage from California to Hawaii to study the amount of plastic “rafts” in the oceans and the sea creatures that resided in them. What they found was several species of Asian crabs, mussels and other small ocean creatures crossing the Pacific by using goose-neck barnacles attached to the smooth pieces of ridgid plastic as shelter from the elements and predators.

University of Florida biologist Mike Gil and his colleagues would pull onto the boat with their dip nets smooth plastic debris, such as buoys, toy balls, containers, bottles, and pieces of insulation and siding to sample using their hands, knives, spatulas and paint scrapers to pry life forms off the rafts to study.

They even came across a refrigerator containing food in Japanese packaging and a capsized boat. While they couldn’t prove where the debris came from, the plastic items collected in the study may have originated from an estimated 1.5 million tons of floating debris deposited into the Pacific Ocean during the T?hoku tsunami, which took place in Japan back in 2011. According to Gil, even when we dispose of plastic properly, events like natural disasters can impact the environment and litter the oceans with debris.

Originally, the researchers set out to determine if larger pieces of smooth plastic debris supported more species crossing the Pacific. However, what they discovered was the amount of goose-neck barnacles was more important than the size of the debris in calculating how many species of animals were camping out on the plastic. This is because the bodies of the barnacles themselves, including their long stalks, act like trees in a rain forest, creating a complex structure that provides shelter to other species, Gil said.

While Gil points out that the research demonstrates that “plastic garbage in the ocean can transport species from coast to coast,” Gil says. “If these species are foreign to the coasts they are transported to, they could become invasive.”

However, I think the crabs see it in a different light where plastic is a good thing, a floating shelter.

Gil and his colleagues published their research in the journal Scientific Reports in late January.