Sorting Out a Second Life for Flexible Packaging 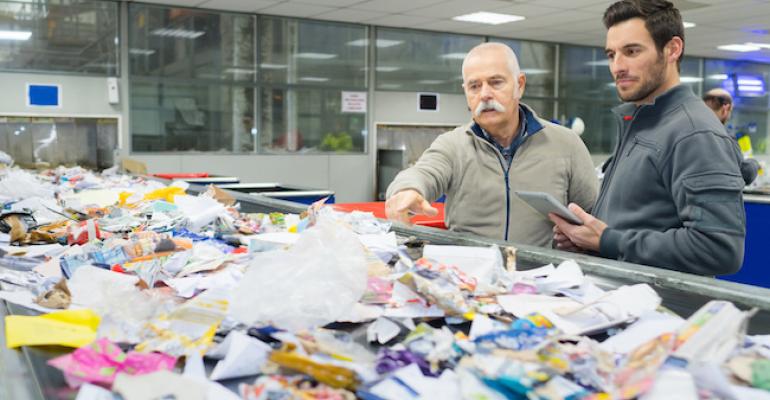 A new study shows that flexible plastic packaging can contribute to meeting ambitious European recycling targets for plastics, but first some challenges must be overcome.

Flexible packaging, including bags and pouches, has long presented problems for the recycling waste stream. A new study shows that flexible plastic packaging has the highest potential of contributing to the achievement of European recycling targets for plastics. To make that happen, however, some challenges must be overcome.

A new study from Eunomia, “Flexible Films Market in Europe: State of Play, Production, Collection and Recycling Data,” reveals that every year a total of 15 metric tons of flexible film are put on the EU market, of which nine metric tons are polyethylene (PE). With a 23% recycling rate for PE films in Europe, there is much room for improvement, stated the industry trade group Plastics Recyclers Europe (PRE). Specifically, there is a need to take advantage of the household waste stream that accounts for roughly 40% of all PE film waste generated in the EU.

To achieve greater recycling rates, major investments must be made to improve collection methods and the quality of sorted waste, and this must be done in parallel. “Multilayer packaging, for example, is just one of the design-for-recycling issues that impact the processing as well as the quality of recyclates,” said the PRE.

As always, end markets are crucial to the success of recycling. “The high-end applications for recycled PE remain largely under-exploited,” commented Ton Emans, PRE President. “Today roughly 13% of PE flexible packaging is used in film-to-film applications and, therefore, is in practice circular.”

This trend is further confirmed in the study showing that there is potential to substantially increase the use of recycled content within most of the major film market sectors. Polypropylene (PP) flexible packaging, with a market of around 2.5 metric tons, is identified in the study as a recycling stream that is equally under-represented. The report notes that PP flexible films often are not sorted in a separate waste stream; thus, viable sorting and recycling routes need to be developed.

With the growing consumption and demand for flexible packaging in Europe, policy makers and the industry must continue to work hand-in-hand on advancing its circularity, said PRE.