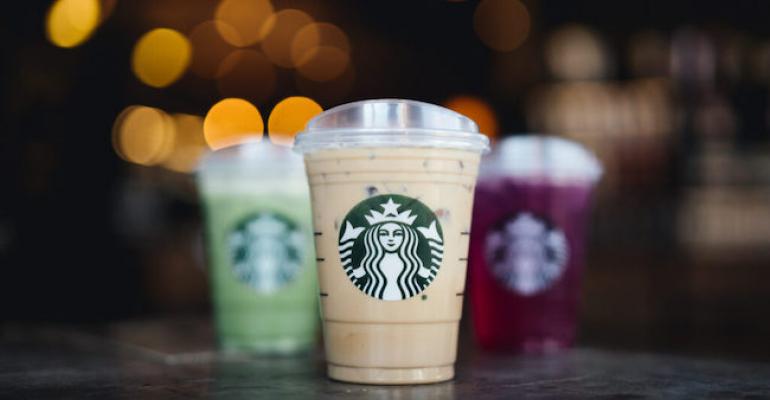 The new lids are designed to replace those ubiquitous green straws that the company is being pressured to eliminate because, well, they’re really not so green.

Starbucks will begin rolling out its new lids as a replacement for those ubiquitous green straws that the company is being pressured to eliminate because, well, they’re really not so green. Customers in Seattle and Vancouver, BC, were the first to see the new lids last summer, and now they are expected to migrate to the Left Coast cities of Los Angeles and San Francisco, as well as to the midwest (Indianapolis) and points east (Washington, DC and Toronto).

The newly designed lid, called by some the “adult sippy cup,” allows customers to “sip” the company’s cold drinks through a specially designed lid made of polypropylene, a material that, while it is still plastic, “can be widely recycled,” noted an article on Starbucks’ website. Yes, it’s kind of like the sippy cup your kids used when they were learning to drink from a cup. All iced drinks will be served with the new sippy cup lid except Frappuccino, which will be served with the domed lid and a PLA or paper straw. (Be sure you don’t put that PLA straw into the recycled plastics bin or it will muck up the whole recycling stream. And as for that paper straw, it will be mush by the time you finish your drink so you can just chuck that into the trash.)

“By nature, the [plastic] straw isn’t recyclable and the lid is, so we feel this decision is more sustainable and more socially responsible,” said Chris Milne, Director of Packaging Sourcing for Starbucks. “Starbucks is finally drawing a line in the sand and creating a mold for other large brands to follow. We are raising the water line for what’s acceptable and inspiring our peers to follow suit.”

I must remind Starbucks that just because something is recyclable doesn’t mean that it will be recycled. It may not get into a recycling bin because some careless human being will throw it on the sidewalk or into some waterway.

Long term, Starbucks is working with McDonald’s to develop a globally recyclable and/or compostable hot cup solution as part of the NextGen Cup Challenge, into which the companies have invested $10 million.

Dunkin’ Brands Group Inc. has also started to make the switch by phasing out its white Styrofoam cups and replacing them with double-walled paper cups. I guess they didn’t get the memo of how environmentally unfriendly these double-walled paper cups are—they have to be lined with polyethylene to keep the hot drinks from sogging up the paper. Not to mention the huge amount of resources, especially water, it takes to make paper. Nice goin', Dunkin’!