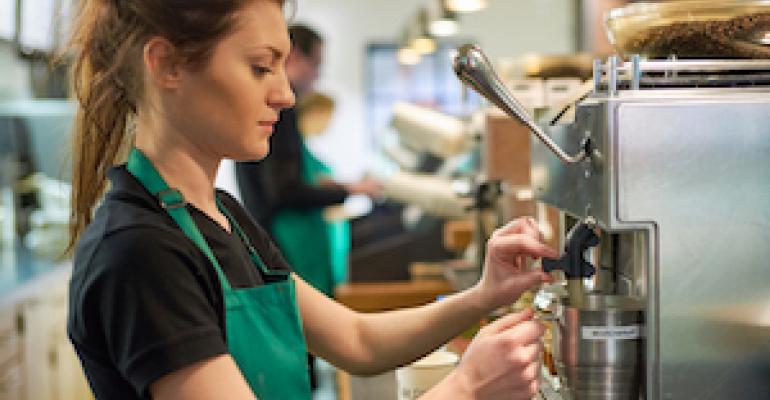 The company is committing $10 million to the open source development of fully recyclable, compostable cups within three years. 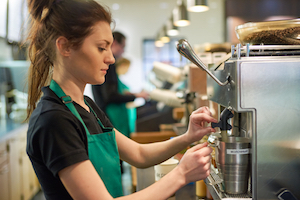 At its annual shareholder meeting on March 21, Starbucks released a statement in which it said that it is committing $10 million in partnership with Closed Loop Partners and its Center for the Circular Economy to establish a groundbreaking consortium to launch the NextGen Cup Challenge. This is the first step in the development of a global end-to-end solution that would allow cups around the world to be diverted from landfills and composted or given a second life as another cup, napkin or even a chair—anything that can use recycled material.

“Our store partners proudly pour sustainably sourced coffee in our 28,000 locations around the world, but everyone wants to take our ability to serve it sustainably to the next level,” said Colleen Chapman, Vice President, Global Social Impact, at Starbucks. “No one is satisfied with the incremental industry progress made to date, it’s just not moving fast enough. So today, we are declaring a moon shot for sustainability to work together as an industry to bring a fully recyclable and compostable cup to the market, with a three-year ambition.”

Through the NextGen Cup Challenge, the consortium will award accelerator grants to entrepreneurs working on ideas that could lead to the development of more sustainable cup solutions and invite industry participation and partnerships on the way to identifying a global solution.

Throughout development, the solution will be open source so others can benefit and innovate on the path toward the development of recyclable and compostable cups around the world.

“We want to make sure this technology is available to everyone because it’s the right thing to do,” said Andy Corlett, Director of Packaging R&D for Starbucks. “The idea of environmental sustainability in packaging is not just a Starbucks issue. It’s a global issue. Anything that gets us closer to that goal is not something we want to keep to ourselves.”

As the NextGen Challenge kicks off, internal research continues as the Starbucks R&D team initiates a trial of a new bio-liner, made partially from plant-based materials, for its paper cup.

One of the problems with the “paper” cups that Starbucks uses is that 1.4% of those cups are not just paper. “They are polyethylene-paper cups, a special type of cup consisting of polyethylene and paper,” said Design Life-Cycle in a report ("RIP Starbucks Paper Cup") written in March 2013. “The lifecycle of the polyethylene paper cup is long and requires the help of many different people,” said the report.

Starbucks’ release said that its paper cups are currently manufactured with 10% post-consumer recycled fiber, the first prototype of its kind to be approved by FDA. The cups are recyclable in many municipalities with the appropriate infrastructure, including Seattle, San Francisco, Washington, D.C., and New York City. Starbucks is pushing for broader acceptance, and the use of a plant-based liner could help more municipal recycling and composting facilities process used cups, keeping them out of landfills.

“Developing a plant-based liner that stands up to hot liquids and is commercially viable is incredibly hard, but we believe the solution is out there, not just for cups but for other exciting applications, like making straws greener, in the future,” said Rebecca Zimmer, Director of Global Environmental Impact.

Last year, Starbucks debuted a newly designed lid for its Nitro Cold Brew coffee, eliminating the need for a straw. Already available in the more than 1,400 stores where Nitro is served, the company is working to make them available to company-operated stores in the United States and Canada for all cold beverages.

Starbucks’ annual shareholder meeting was designed to be a zero-waste event, featuring a coffee tasting for the approximately 3,000 attendees using small sample cups that are fully recyclable in Seattle and made using recycled Starbucks cups. The sample cups, like all Starbucks cups, contained 10% recycled material, and once used were disposed of in recycling bins where the cups, already recycled once, can find new life again.