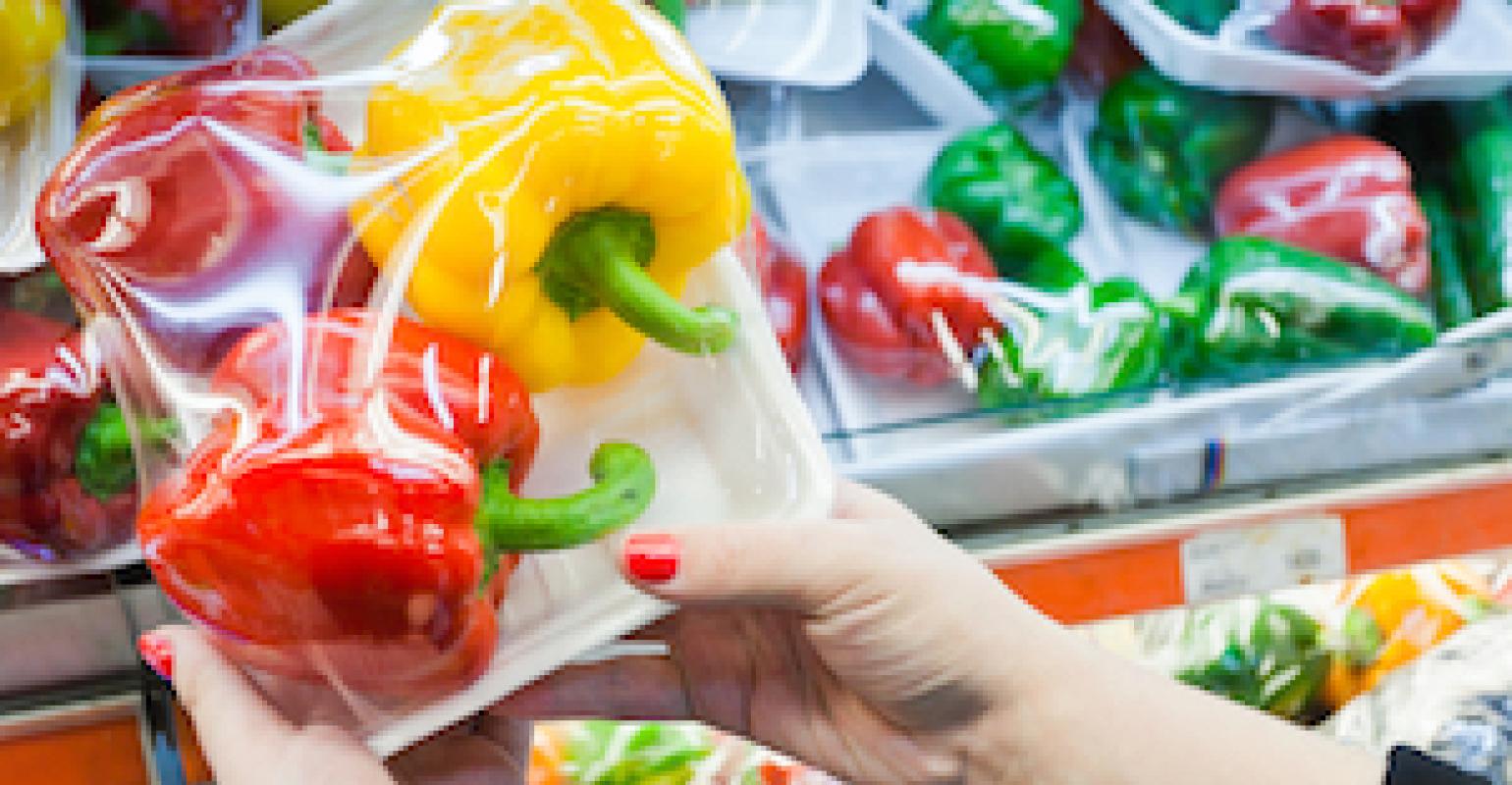 The global specialty and high-performance films market was valued at $34.9 billion in 2016, according to a report published by Coherent Market Insights (Seattle, WA). While the performance films market is “segmented” into various end-use applications, including packaging, construction, electrical and electronics, and consumer and personal care products, the packaging industry dominates this segment.

According to Coherent, the food packaging industry in North America and Europe is witnessing burgeoning growth, which creates a highly conducive environment for expansion of the specialty and high-performance films market. Contributing to packaging market growth are factors such as low oxygen ready-case technology, vacuum packaging and oxygen scavenging.

Rising applications for barrier films in solar photovoltaic cell and semiconductors due to moisture resistance and oxidation properties further augment market growth, said Coherent’s executive summary. Moreover, the microporous segment is expected to witness a CAGR of 7.9% in terms of value during the forecast period. Special characteristics of microporous materials include breathability while repelling water.

The Freedonia Group, an industry research firm based in Cleveland, OH, just released a new study, Stretch & Shrink Film Market in the U.S., Fifth Edition. The U.S. stretch and shrink film market is forecast to grow 3.7% annually to $4 billion in 2021, with gains driven by increased palletizing and shipping activity, as well as growth in consumer spending and retail activity. Demand will also be supported by improvements in resin and machinery technology, which will expand the range of use of both stretch and shrink films. 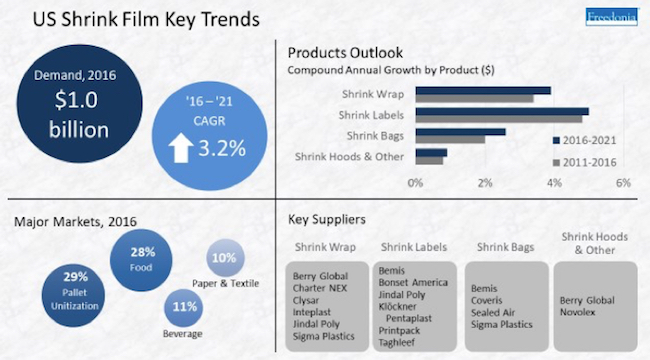 Pallet utilization films accounted for just over half of total demand for stretch and shrink films in 2016, with strong gains in this market being driven by increased warehousing, storage and shipping activity. The Freedonia Group noted that as goods are transported longer distances, brand owners expect greater load integrity to keep product damage to a minimum. Advances in resin technology and application machinery have lowered material and operational costs, allowing more pallets to be wrapped and amplifying film’s competitive advantages over other load-stabilizing methods.

Stretch film demand in the U.S. is projected to advance 3.8% per year to $2.7 billion in 2021. Growth can be attributed to improvements in stretch wrapping machinery and equipment, enhanced resin properties and the increasing market share of more cost-effective products. Each of these developments has opened new markets where stretch film previously was ill-suited, such as machinery and building materials that are heavy or irregularly shaped, according to the Freedonia study.

Stretch hoods will see the fastest growth of any stretch film product, advancing at 8.4% per year through 2021, driven by increased investment in hooding machinery that has expanded applicability to roofing, tiles and bricks, appliances, and bulk warehouse packaging. However, notes the study, this market has a ceiling, as these applications are still more limited than other stretch film products.

The storage and distribution market is by far the largest for stretch film, accounting for 71% of total demand in 2016. Stretch film is the preferred medium in this market due to cost competitiveness and advantages over alternatives like strapping.

Multilayer stretch and shrink films will continue to make inroads in the market due to greater strength and customization potential. Multilayer films are also increasingly favored for their down-gauging potential, as they require less material to achieve required mechanical specifications. LLDPE-based multilayer stretch films for pallet utilization and bundling applications will offer the best opportunities because of increased demand for stronger, thinner films. However, notes Freedonia, growth for multilayer film has been restrained in the U.S. by ongoing patent disputes over stretch films containing seven or more layers. In the meantime, five-layer lines will continue to replace single- and three-layer lines.

Shrink labels are the fastest growing product type, and will continue to grow at a strong pace due to shelf-appeal trends in the packaging industry. Brand owners are seeking to differentiate their products with eye-catching graphics, promotional material, and unique shapes and sizes, said Freedonia. Shrink labels conform tightly to a variety of shapes, are amenable to a range of printing techniques and inks, and are clear and scuff resistant.

Polyolefin-based shrink labels will offer new growth opportunities, as these are more easily recycled in the PET bottle recycling stream than PVC and PETG. Demand for shrink film is forecast to expand 3.2% annually to $1.2 billion in 2021, driven by performance characteristics such as enhanced shelf appeal with clear, scuff-resistant films and high quality graphics.