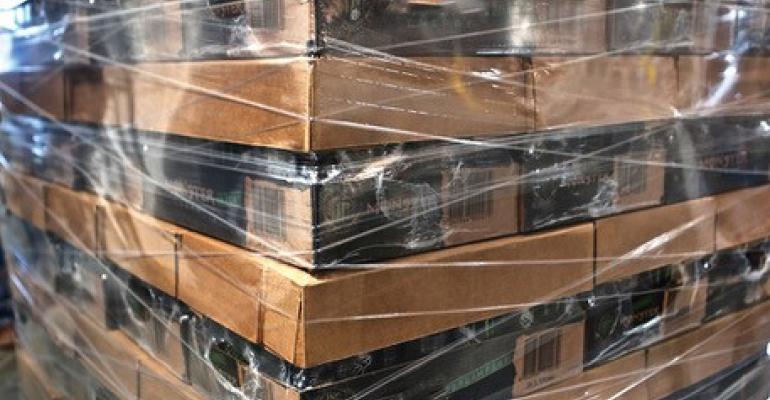 An operation that wraps 1,000 pallets per day for six days weekly can save 40 tons of stretch-wrap film yearly.

A few months ago, I got a call from Darrel Bison, President of flexible packaging company Allied Packaging Corporation, here in Phoenix, AZ. Allied produces and distributes flexible packaging, stretch wrap, tapes, corrugated containers, folding cartons, labels, and printed cornerboards. It also services much of the equipment needed to properly utilize its products.

Darrel knew that I was a long-time source reduction proselytizer, and thought I’d be interested in their proprietary pallet containment technology. He invited me for a visit.

To be honest, I thought, “Stretch film. Wow.”

Because it was only a 25-minute ride from my office, I figured what the heck.

What I saw was not what I was expecting: An evolutionary pallet containment system with the potential to produce revolutionary results. It’s called Rapid Bander, and can reduce the amount of stretch film used to wrap a pallet by up to 60% while increasing load containment forces by 2-3 times. Thus, both economic and environmental costs related to film usage and load failures are significantly reduced.

According to Bob Kayser, Vice President of Rapid Bander, “At the core of the system is our patented LDPE stretch film, known as Rapid Film. It delivers unsurpassed levels of strength and stretch, and is used to produce a unique, reinforced criss-cross web. The triangulation effect of the criss-crossing helps unitize the load and provides important top-to-bottom load holding force along with superior side-to-side containment that prevents load shifting in transit.”

According to Bob, key applications include heavy, unsteady, and high-value loads that are usually packaged in bottles, buckets, pails, drums, cans, and bags. He stated that, “A key focus for us right now is beverages, as they are both high volume and highly susceptible to load shifting, which can cause damage in transit.”

I asked him what helped trigger beverage customer interest, and he stated that, “Beverage companies in general are very sensitive to the need for sustainable packaging. At first, they source reduced their bottles, and needed stronger pallet containment to protect the loads. Now, they are looking at ways to ensure strong load containment, but want to do so with reduced use of stretch film and faster wrapping time. And, that’s our strong point.” 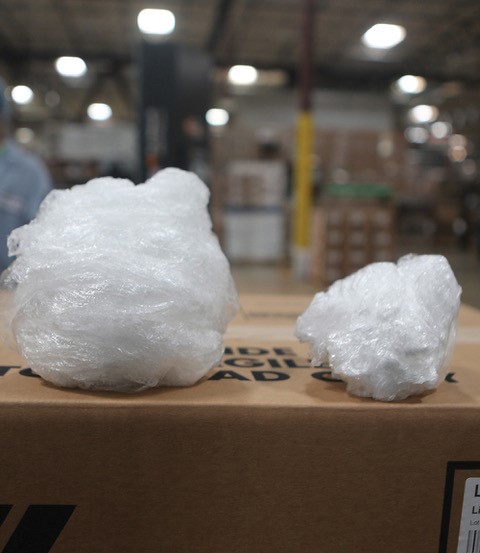 How dramatic is the impact of the Rapid Bander system? A typical pallet requires about 8-10 ounces of stretch film per load. Using Rapid Film, the same pallet only requires about 4 ounces of film. If an operation wraps 1,000 pallets per day, 6 days a week, the savings in film is around 40 tons of stretch wrap per year, removing 5-10 truckloads of stretch wrap from the waste stream. That’s just one facility. The savings for companies with multiple plants and/or distribution centers is thus extremely significant.

The impact on the waste stream led me to my final question: While eliminating stretch usage was a great first step, it still meant that there needs to be a better end of life story for the film that actually gets used.

Does Allied and Rapid Bander have one?

According to Bob, “Because our used film never gets to the consumer, there are large quantities of clean film available for recycling. At least one of our largest customers is recycling this film into bags. We are actively working with our other customers to develop similar recycling programs for their facilities. We are also researching ways in which we can recover film for our own processes and do so without compromising the product functionality and performance that has made our business successful.”

Welcome to the Sustainable Packaging Evolutionary War, Darrel and Bob.