Thousands of bright pink plastic detergent bottles are washing up on the beaches of the UK county of Cornwall after a bout of stormy weather. It is believed that these containers, some of which are still sealed, went overboard during bad weather at sea. 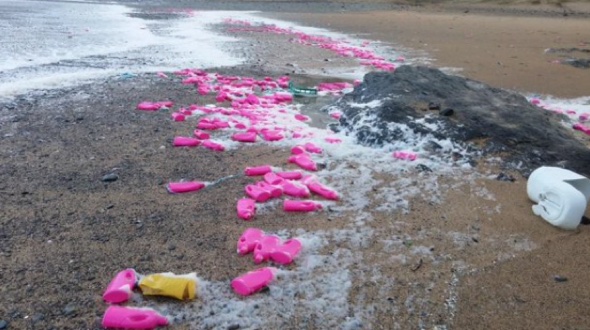 The Maritime and Coastguard Agency reached out to a detergent company which uses similar packaging to find out if a shipment had been lost at sea. It is believed the plastic bottles contain Vanish, a cleaning solution.

The Maritime and Coastguard Agency says: "While it is a fact that the MV Blue Ocean lost a container containing bottles of 'Vanish', there is no currently available evidence that the bottles washed up on the Cornish coast are from this container; all evidence is currently circumstantial."

The MV Blue Ocean is said to have lost a a container near Land's End sometime in May 2015.

One Twitter user below even posted a picture of the water turning pink from this recent event. 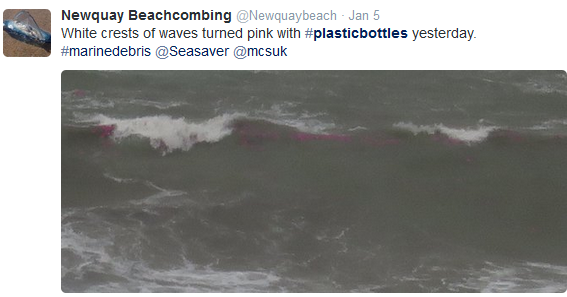 In the meantime, Cornwall Council is warning people to keep children and dogs away from the bottles, some of which are foaming.

A spokeswoman said: "Cornwall Council has been made aware of reports of plastic bottles washed up on Poldhu Beach.

"The National Trust, who own the beach, have arranged for the bottles to be cleared away.

"The council and partners, including the Maritime and Coastguard Agency and Natural England, will be monitoring beaches in the area and will follow up on any further reports.

Breaking News in Flexible Packaging
May 19, 2022