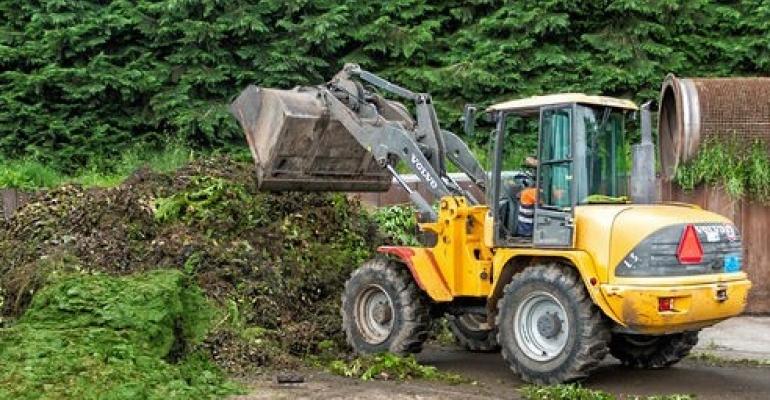 What plastics and packaging professionals should know before taking the compostable or biodegradable leap.

Thinking about sustainable packaging? With the attention given to this issue globally, odds are your top management and marketing folks are asking you to check into packaging that can be composted or possibly biodegraded in marine environments. Here are the eight things you need to know and share with them before starting on a rather complex and potentially costly journey that does not always lead to the intended results.

1. Biodegradation is a process, not an end result.
Biodegradation occurs when materials are broken down into simpler materials by bacteria, fungi, or other biological means. The end result you are looking for is probably home or industrial compostability, which is where biodegradation can lead. Ditto for marine biodegradation.
From a waste reduction perspective, the term does not guarantee anything of specific benefit. In fact, making promotional claims specifically related to biodegradability can get you in a great deal of trouble. You may be surprised to learn that it is illegal in the state of California to make claims related specifically to biodegradability. A number of well-known consumer-facing companies have been successfully sued by the folks in Sacramento after making a generic biodegradability claim.
The best way to make a claim is to have a specific package tested and/or certified for compostability or marine biodegradability. This can take 18-24 months, given the series of tests and approvals that must occur.

3. The certification process is complex, timing consuming, and costly.
All roads lead to meeting the standard established by ASTM-D6400. For example, the industrial compostability test for a plastic film starts with the ASTM-D5388 methodology to measure the carbon elements that are converted into gas as a measure of how much of the film biodegrades and over what time period.
The film will also need to be tested against ISO 16929, the standard for disintegration. For reference, disintegration is successful when less than 10% of the starting reference material is captured on a screen 2mm x 2mm in size.
The sample must also be tested for heavy metal content and toxicity to determine the percentage of seeds that germinate in the soil after a plastic product is biodegraded into compost.
All of the test results are then measured against ASTM-D6400 requirements as follows:

4. Generally speaking, certification for compostability requires that the entire structure and/or all of its components be tested and certified.

Let’s say that you want to package your frozen french fries in a more sustainable bag, say 1.0 mil thick. You find an extruder claiming that their film has been certified as industrial compostable by either of the two primary certification agencies – Biodegradable Products Insitute (BPI) here in the U.S., or TUV in Europe. Great! Are you done? Nope.

If you’re not printing anything on the bag, coloring or tinting it, you’re probably done. However, if you want a nice white bag with 6 color printing, you’ll need to ensure that all of the colorants and inks are BPI or TUV approved for industrial compostability. If not, you will need to either find approved colorants, or have the finished bag sent through the entire testing and certification process again!

Next: The Final Four

5. Biodegradation is not a panacea
Partially biodegraded materials are still pollutants. Further, the results of biodegradation are water vapor and greenhouse gases such as carbon dioxide, methane, and ammonia. So, if climate change is the number one problem, and greenhouse gas emissions are the primary culprit, you have to wonder if the cure isn’t worse than the disease.

6. Biodegradation is the last line of defense
It will almost always be preferable to reduce, reuse and recycle packaging than to have it biodegrade. The first three strategies keep the molecule in play, so to speak. Biodegradation removes the carbon-hydrogen bond in materials, which also eliminates both their performance features and energy value still present in the first three strategies. Thus, the real value of biodegradation is a safeguard against environmental impact, should packaging “leak out” of a closed loop system.

7. Does this mean that it’s not reasonable to consider biodegradable packaging (i.e., home or industrial compostable) over recycling?
In general, the value of recycling is that it keeps the hydrocarbon molecule (for plant-based resins the carbohydrate molecule) in play, so to speak. The value of the molecule is based on the bonds between hydrogen and carbon, which contain both the inherent performance advantages of plastics and provide the energy potential used for fuel. Once that bond is broken and the carbon is released into the atmosphere, it is no longer sequestered and thus not available for additional use.
Only a well-conceived Life Cycle Analysis can determine whether or not composting is better than recycling. That LCA needs to examine the environmental and economic costs of the recycling process, specifically related to transportation and reprocessing.

Also, we think of landfills as villains. In reality, it might be better to develop a system whereby the truly recyclable materials are skimmed off the top, the food waste is composted, and the materials left are used to produce energy or—heaven forbid!—sequestered in a landfill for later use. In this scenario, a landfill would more aptly be known as an underground carbon sink!

8. ASTM, ISO, and similar standards were written to accommodate PLA many years ago and may no longer reflect the state of the art.
As mentioned earlier, current plastics biodegradation certification standards require disintegration. However, there are newer materials on the horizon that can biodegrade without the need for disintegration, which should lead to a significant reduction in the creation of microplastics.
Ironically, this environmental benefit does not allow these materials to be certified for compostability or marine biodegradation. Thus, standards need to be revised or rewritten to reflect the value and contribution of these materials.

Good luck. And come back next time when I’ll discuss a simpler topic: The impact on society of interstitial vortices created by the random fluctuation of subatomic particles!

Robert (Bob) Lilienfeld has been involved in sustainable packaging for 25 years, working as a marketing consultant, editor, writer, and communications expert. He is currently Vice President, Marketing & Sustainability for BioLogiQ Inc. (Idaho Falls, ID), which produces plant-based NuPlastiQ BioPolymer. His thoughts are his own, and may not represent the positions espoused by BioLogiQ.