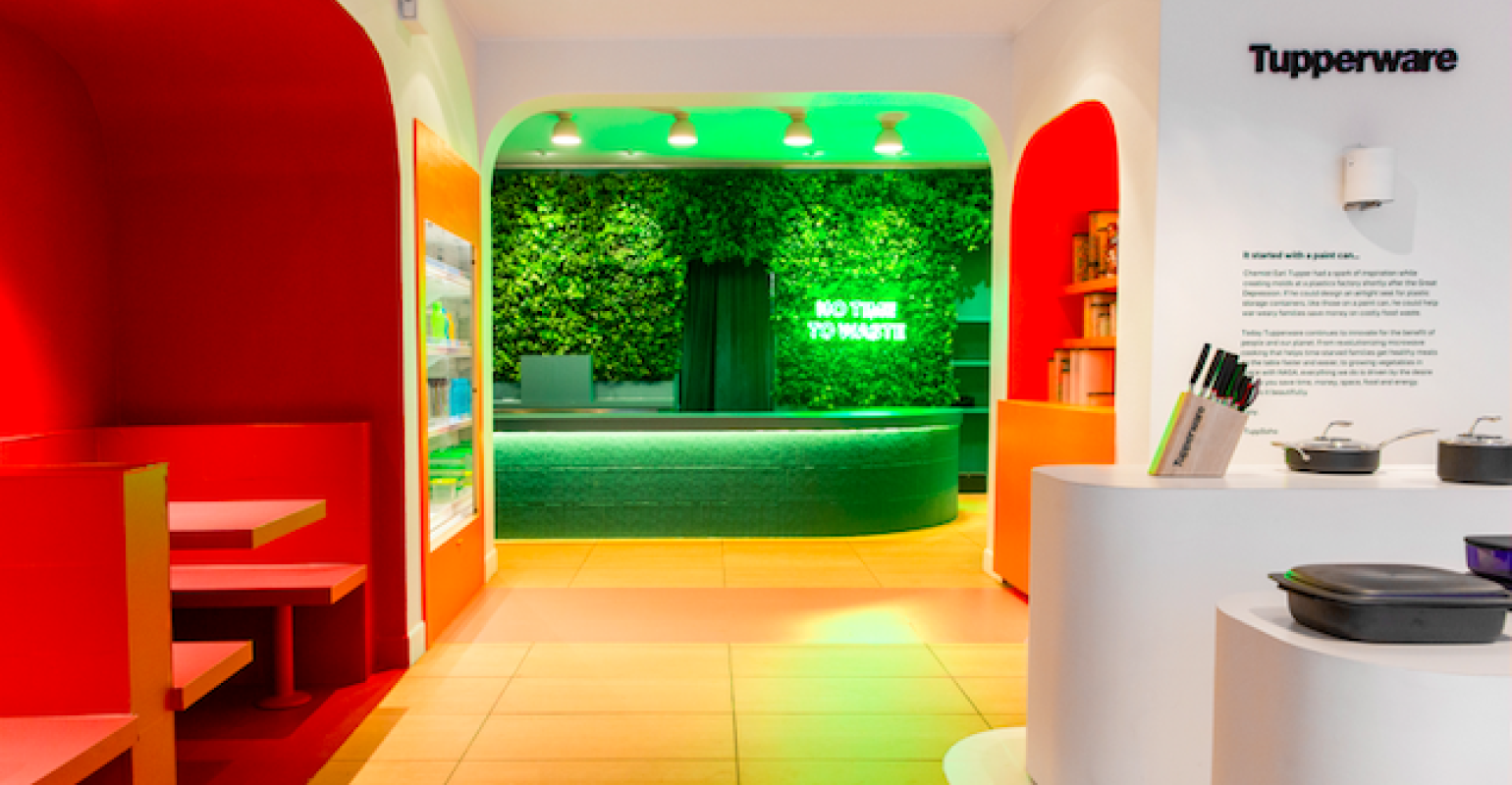 A Tupperware pop up? And to think you’ll see it on Mulberry Street

Tupperware’s gonna party like its 2019 with an Instagram-worthy pop-up shop in NYC. And that bit of news sent us down memory lane to the origins of this iconic brand that almost failed to connect with consumers.

Squatting in the defensive trenches of the war against plastics, one’s thoughts may turn to the future of Tupperware (Orlando, FL). Few brands are as joined at the hip with the postwar plastics revolution as this iconic product. Will it survive in today’s plastiphobic environment? A surprising answer may rise from the concrete canyons of New York: Tupperware has unsealed its first pop-up installation in its almost 75-year-history on Mulberry Street.

The TuppSoho is a store with a built-in shelf life through Dec. 22 at 227 Mulberry St. The installation is “designed to engage and excite all generations of Tupperware fans,” said the press release, with hands-on product demonstrations and Instagram-worthy perspectives. They can also buy Tupperware products, which is groundbreaking in a way, because the polyethylene containers are almost exclusively sold through direct sales channels to this day. Those Tupperware parties of yore? Still happening, dude.

With the TuppSoho pop-up store, the “party” takes on a new dimension. It’s an opportunity for the brand, which is approaching its 75th anniversary, to show off newer products and to share culinary tips. It won’t come as a surprise in the current context that Tupperware is also highlighting its sustainability cred by reducing the consumption of single-use plastics and avoiding food waste.

"The opening of TuppSoho marks a monumental point in our brand's longstanding history,” said Asha Gupta, Chief Strategy and Marketing Officer of Tupperware Brands, in a prepared statement. “We are giving access to our brand like never before. Tupperware has been an important part of how people interact with their kitchen and their food for decades. In fact, we are a cultural touchstone and we're embracing that now by opening our doors for more people to experience the magic and depth of Tupperware,” said Gupta.

There’s no denying the cultural significance of Tupperware. The product has become such a part of daily life for generations that, like Kleenex or Frisbee, the brand name has largely supplanted the generic terms for those products. So, it’s interesting to consider that Tupperware initially failed to connect with consumers.

Burp! It’s what you had to do to the patented Tupperware seal to "lock in freshness," and that almost sank the company before it got off the ground.

Earl Tupper understood early after World War II that plastic products had a future in the consumer marketplace. Tupper created a new kind of plastic from oily polyethylene slag, called Poly-T, that was easy to mold in mass quantities and myriad colors, writes Kat Eschner in an article on Smithsonian.com.

Translucent like milk glass but more durable than any container before it and air- and water-tight, Tupper’s Wonder Bowl was applauded by the burgeoning plastics industry and described by House Beautiful as “fine art for 39 cents,” according to Eschner. The only problem was that consumers were not buying it. The product sat on department store shelves, because, writes Eschner, plastic was an unfamiliar material in the home, and the patented double-sealed lid, “which had to be ‘burped’ before it would work,” was a foreign concept to consumers. Enter Brownie Wise.

A former advice columnist and single mom living in Miami, FL, Brownie Wise saw the potential in Tupperware and started her own business selling the containers. In the late 1940s, she organized Patio Parties, writes Eschner, and recruited other women to sell for her. She created an empire, and in 1951, Wise was hired as Vice President of Marketing at Tupperware.

Tupperware parties came into their own and the company’s sales soared, reaching $25 million in 1954, a considerable sum back then. One of very few women to enter the C suite in those days, Wise became a celebrity in her own right. Over time, she and Tupper had disagreements and she was fired in 1958, but the company’s future was secure, and Wise was a key architect of its success.

Through the decades, Tupperware diversified its product line to reflect societal changes. As the Fifties segued into the Sixties and two-income families became more common, Tupperware introduced drawer organizers and plastic carrying cases. It developed toys, such as Shape-O, to entertain the children of baby boomers. And for an aging population with “not-so-nimble fingers,” Tupperware introduced the Instant Seal, the company recounts on its website. As microwave ovens entered kitchens, Tupperware developed containers designed specifically for that purpose. And on and on, including today, with its au courant pop-up shop.

I realized many years ago from personal experience that Tupperware wasn’t going away no matter the societal eruptions. A very good friend of mine in the mid-1970s, a punk rocker bent on destroying the status quo in all its manifestations, showed me her collection of Tupperware and confessed how much she loved going to Tupperware parties. If even the “no future” generation can embrace Tupperware, I figured, the brand’s longevity is sealed . . . airtight.