There have been a number of variations on the reusable water bottle over the years. These range from glass to metal to plastic structures that aren’t even bottles – think pouches.

The Origami Bottle is a new concept that appeals in both form and function. Here are 9 things to know about it.

1. The intent is to revolutionize the packaging industry.

Zaharinov was exploring transformable structures and happened across these accordion-like structures in 2016.  His research uncovered the surprising fact that none had thought to  consider the geometrical principles when they’re completely unfolded. It was an untapped area in which he proceeded with patent filings while looking at the product applications of this technology. DiFOLD was born from the collapsible design technology.

3. Collapsible bottles and packaging can reduce the volume of empty containers by 80-90%.

This radically optimized in logistics and lowers fuel usage and carbon dioxide emissions. It can be highly beneficial for new emerging zero-waste shopping models such as Terracycle’s Loop Store where packaging ownership moves from the end consumer to the brand and the back again in a reverse logistics that employs washing and refilling facilities. 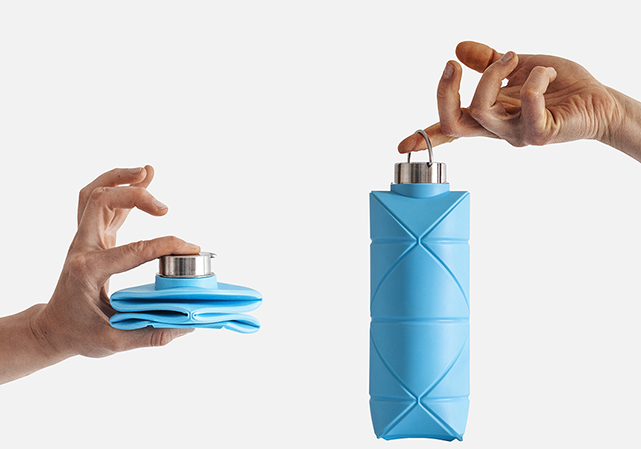 4. The revolutionary Origami Bottle is a design platform to replace single-use plastic bottles.

Radina Popova, Co-Founder of DiFold, has developed the collapsible, fold-flat design over the past two years. It folds like origami, can fit in a consumer’s pocket and saves 100 grams of carbon dioxide emissions with every refill, she says.

The design can be applied far beyond water bottles.  “We aim to help other industries become more sustainable by replacing disposable containers with collapsible, reusable containers including logistics containers or reusable refillable liquid bottles,” she informs PlasticsToday. “With increased plastic waste from COVID-19, this has never been more important.”

5. How it's different and how it works.

What makes DiFold’s patent-pending folding technology distinctive is the reduction of the polygons along the circumference of the tube, which have been reduced to four, essentially a series of a basic triangular pattern that allows folding in just three steps. This makes the product extremely practical and compact and at the same time keeping a very minimalist and stylish design.

It works like a classical rigid origami mechanism in a folded and semi-folded state, enabling the bottle to perform like a round structure when unfolded.

The structure is changed by pressing particular spots along the creases. 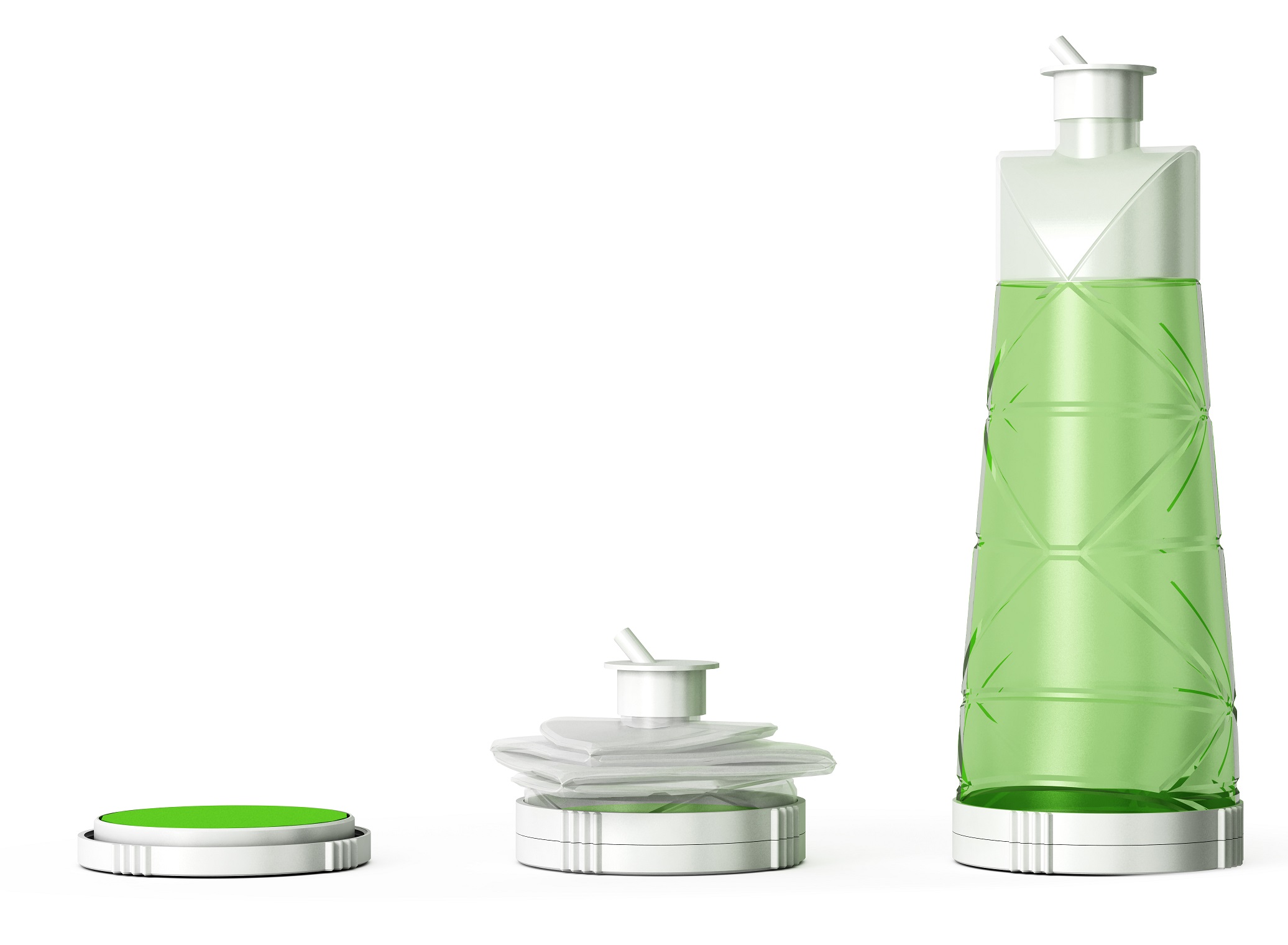 The advantage to this is design can work not only with cylindrical shapes but also with conical ones and mixtures between them. Practically almost every shape and container can become a collapsible one using this concept.

7. The bottle had a resoundingly favorable launch June 16 on Kickstarter.

It debuted on the entrepreneurial portal for $30 (link) where it can be found in this link.

“We’ve had an amazing launch of our crowfunding campaign,” Popova tells PlasticsToday. “It was fully funded in four hours and now we’re 380% funded.”

8. The bottle is produced using a very high-end, durable thermoplastic.

The Origami Bottle is made of a thermoplastic elastomer (TPE), specifically Arnitel brand TPE from DSM and the bio-based version, Arnitel ECO, both from DSM Elastomers (Heerlen, Belgium). It’s produced using the injection molding process.

Designed for five year’s use, the material can then be recycled multiple times without significant loss of quality and has been granted a Cradle To Cradle certification in 2013. It is also food-safe, BPA-free and has an operational temperature range from -30°C to +100°C.

DiFOLD plans to establish a closed-loop recycling system whereby it will old out-of-service bottles through its future distribution channels and turn them into new products.

UPDATE July 28: We conducted extensive research and considered many material options. The criteria were in several directions: mechanical properties, thermal properties, food safety, renewable content or the possibility to introduce renewable content in the future, and also closed loop recyclability. The fact that Arnitel ECO was granted Cradle-To-Cradle certification in 2013 played a major role in choosing this material as the most preferable option.

Also, FDM/FFF 3D printing was the main way of prototyping before investing in a prototype injection mold.  3D prototyping was driven by two main reasons, that it is very affordable and easily available, and that we could 3D print directly with the material we will use for the real production. 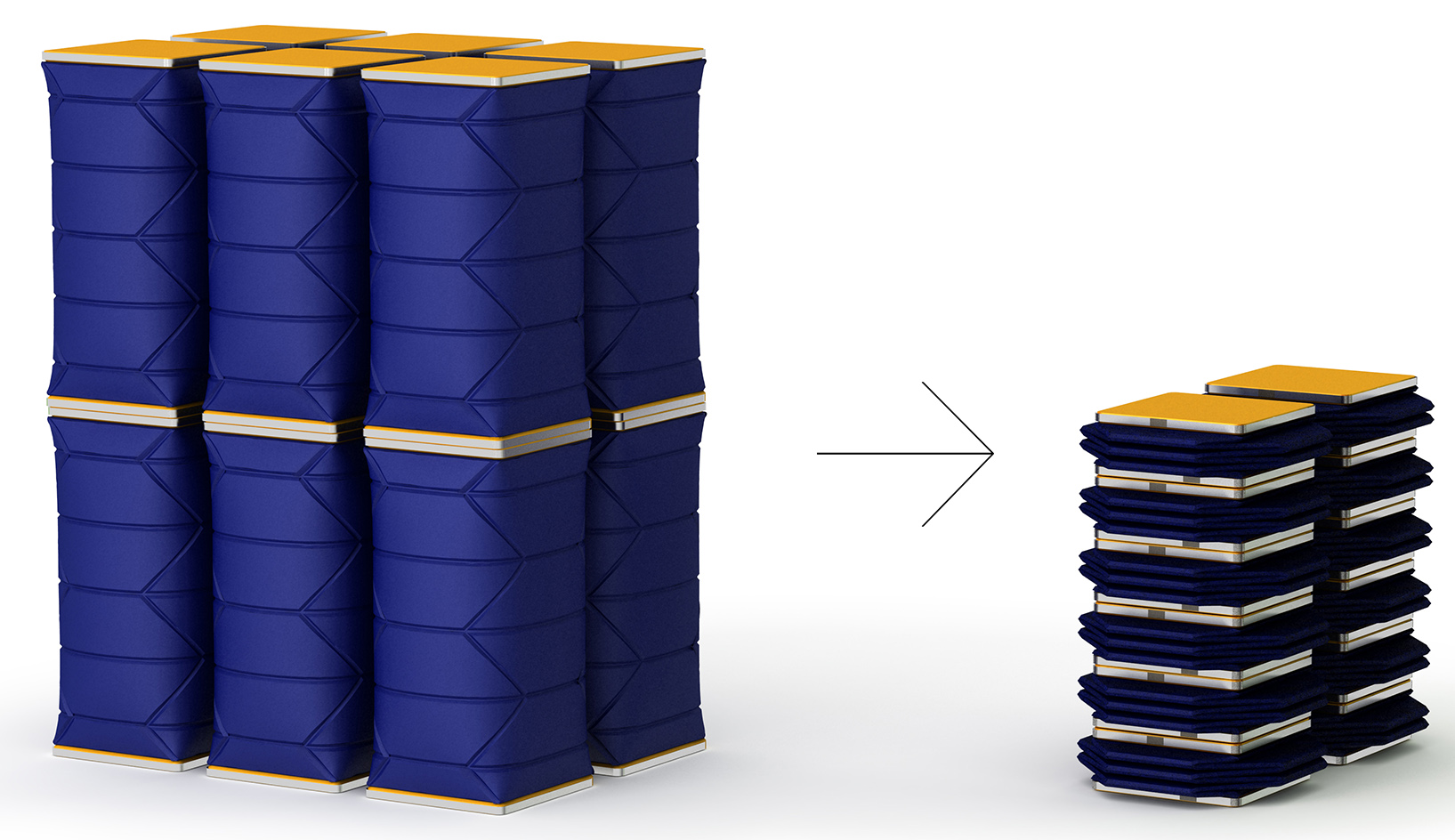 9. It's now poised for the next step.

With the auspicious launch on Kickstarter last month, the Origami Bottle is now ready to set the stage for the bigger ReUse-ReFold Revolution.

UPDATE July 28: We're starting production of all of the molds in August, moving the Origami Bottle into industrial production and working on delivering to the Kickstarter backers their Origami Bottles by December 2020. In the meantime, we’ve moved the campaign to IndieGoGo In Demand for pre-orders. We’re also considering doing a crowdfunding campaign in Japan where our Origami Bottle has a great fit with the Japanese art and culture. Overall, our goal is to get the maximum from crowdfunding at the moment, while we’re also doing a seed investment round that will drive Origami Bottle international expansion and opening doors for co-development with brands for the reusable packaging applications.