Widespread Use of Bioplastics Held Back by Lagging Innovation, Claims Report 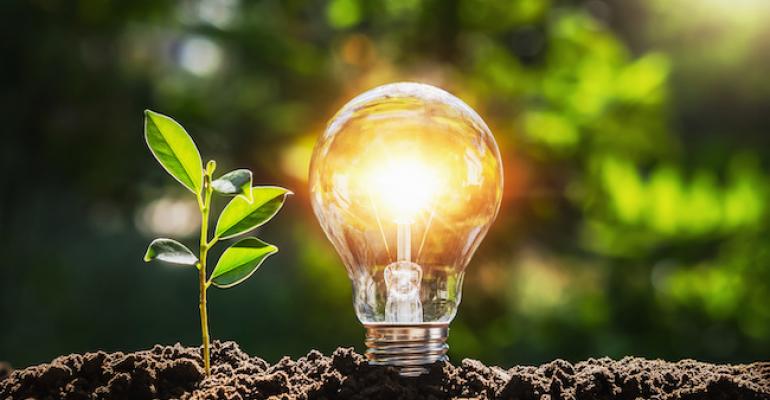 With a global production of 2.11 million tons in 2019, bioplastics represent a small fraction of the more than 359 million tons of plastic produced annually and only constitute 0.02% of all packaging-related patents.

Innovation in polymers for a range of applications has never been a problem for the plastics industry. However, a new report from Clarivate Analytics, “From the Plastics Present to a Sustainable Future,” states that lack of innovation in the bioplastics arena is preventing the widespread use of biodegradable and compostable materials in packaging applications.

To prove that point, Clarivate and its partners studied the number of patents filed for bioplastic materials and who filed them. Clarivate concluded that bioplastic packaging is at an early developmental stage with no dominant company or entity — 40% of all inventions are held by organizational applicants with just a single invention, and fewer than one in 10 applicants has filed 10 or more inventions. A consumer survey conducted for the report found that while nearly “three-quarters of global consumers want to see single-use plastic banned,” bioplastic alternatives to the banned materials are not growing at a pace that can keep up with demand. For the purposes of the report, Clarivate defines bioplastics as plant-derived, biodegradable, or compostable plastics.

“Patent volume increases in bioplastics packaging for food, beverage, and cosmetics sectors of between 58% and 70% from 2012 to 2017 simply keep pace with overall patent volumes that similarly grew 70% over the same period,” according to the Derwent World Patents Index (DWPI).

The report found that only 7% of patent applicants in the bioplastics packaging for food, beverage, and cosmetics category reported 10 or more inventions. The innovation profile is spread across the packaging supply chain from academia to fast-moving consumer goods (FMCG) firms performing and patenting research. Durability of traditional petrochemical-based plastics means innovation in bioplastics packaging is focused on the material’s mechanical properties, with 488 inventions citing mechanical strength as the motivation for the invention compared with 331 for biodegradable properties.

While there is no shortage of bioplastics made from raw material sources that range from corn and rice to shellfish waste and more, the report noted that bioplastics is “still a relatively small and nascent market” with a global production of 2.11 million tons in 2019, a fraction of the more than 359 million tons of plastic produced annually. Bioplastic packaging only constituted 0.02% of all patent output. “Factors such as bioplastics’ lack of mechanical strength compared to its petrochemical-based counterpart and the economics of production are holding back its growth and development,” said the report.

It’s a scientific fact that plastics can be made from almost anything that is natural, as noted above, and that is why on a regular basis I receive press releases from companies and individuals who have developed plastics from everything imaginable in Mother Nature. Conventional plastics also come from Mother Nature — oil and natural gas drawn from the earth — and also can be considered bio-based materials.

There are many reasons that bioplastic materials — whatever their origin — have not entered the mainstream of the plastics market. Bioplastics are running headlong into a brick wall in some countries as claims of biodegradability meet with resistance in the courts, particularly in Europe. For example, as reported in Bioplastics News, a Danish judge recently found that marketing PLA (polylactic acid) as “fully biodegradable” should not be permitted.

The company PlantPaper was taken to trial by a competitor, Sungrow, for claiming that the U1 produced by PlantPaper “was advertised as leaving nothing behind but air and water and not leaving any visible microplastics in the soil. However, this can only occur in an industrial composting plant.” Sungrow claimed that PlantPaper’s customers should be told this fact. The judge agreed and determined that the product cannot be marketed as “100% biodegradable; fully biodegradable; 100% compostable; leaves behind nothing but air and water, and does not leave any invisible microplastic in the soil, and will leave nothing behind.” It can only be marketed as having these properties when composted in an industrial composting plant.

Obviously, it’s the marketing of these products that runs up against what has become known as “greenwashing.” California was the first state to ban misleading terms from plastic products.

The other problem with many of the innovations meant to solve the problem of plastic waste in the environment is that many of them cannot be produced in the extremely large quantities that brand owners need.

There has been a revival of interest in recyclability in the age of the circular economy. Its various forms, including advanced recycling technologies, have the potential to convert thousands of tons of difficult-to-recycle mixed plastic waste into fuel, wax, and other raw materials for reuse.

There are plenty of good ideas out there. But the ideas have to be commercialized, they must be scalable, and, most importantly, they have to be profitable.