Will consumers buy into the ‘milkman model’ to reduce plastic packaging waste? 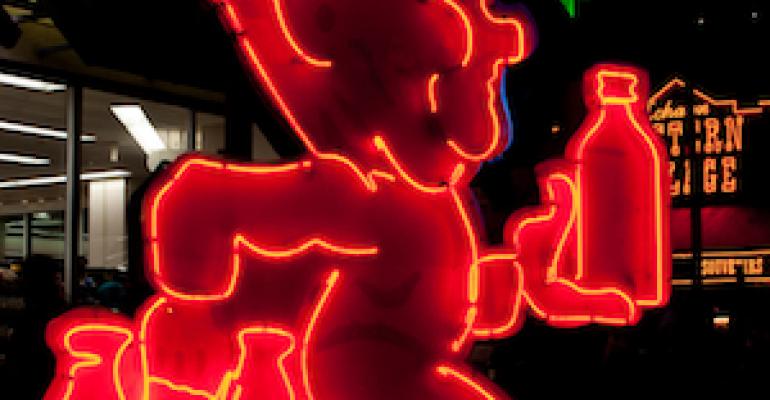 And if they do, where does that leave the traditional recycling industry? 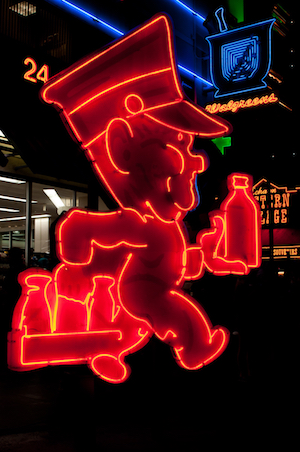 The latest scheme to save the planet from plastic waste was unveiled on Jan. 24, 2019, at the World Economic Forum in Davos, Switzerland. It has been called the “milkman model,” and on the surface it sounds impressive. However, when I drill down into the details, I’m not so sure it will achieve the intended results.

TerraCycle (Trenton, NJ) introduced its Loop platform, which involves shipping consumers their online-ordered goods in a large reusable tote and having consumers return the empty containers to be cleaned by TerraCycle, shipped back to the CPG fill plant and reused.

I asked TerraCycle founder and CEO whether consumers will be willing to pay for the shipping through a “subscription” to this service. Consumers will pay a deposit of $1 to $10 per container and shipping charges, which start at about $20, decreasing with every item added.

“I don’t have the answer,” Szaky said, going on to explain how this model was tested for several months in France and the United States by the company’s “consumer insight team” and will “appeal to millennials. People want to do what they can to help the situation of waste,” said Szaky.

Okay, sure, but will they pay for this? I have my doubts, given the fact that much research has gone into determining whether people will pay more for products packaged in more expensive biodegradable plastic. The answer is mostly no, but sometimes maybe.

Given the limited number of consumer products being offered on the Loop platform—P&G will sell 10 brands, including Pantene shampoo in an aluminum bottle—it’s doubtful that most people will be able to get their week’s shopping done in this manner. It’s noted, however, that the products themselves will cost about the same as those in the plastic containers sold in retail outlets.

According to a Periscope market survey by McKinsey in March 2018, at least 70% of the 2,500+ consumers surveyed (1,000 in the United States) undertake some form of online CPG shopping activity. American shoppers, however, lag behind France for online CPG shopping activity (40%), the UK (39%) and Germany (33%), with the United States coming in at 32%.

While you can purchase just about anything online, from furniture to groceries and everything in between, the McKinsey survey found that consumers had “definite preferences when it came to the CPG products they were willing to buy online.” Non-perishable goods were more likely to be purchased online while items with a short shelf-life, such as bakery goods, were bought in store. According to the research, beauty and personal care products topped the shopping list for consumers in France (47%), the UK and Germany (47%) and the United States (38%).

Demographics played a big role in online shopping, with McKinsey’s Periscope report noting that younger consumers do more online shipping. Millennial shoppers aged 18 to 29 represented the largest group in each country surveyed (except the UK) that “only or mostly” does its shopping for CPG products online.

I also questioned Szaky about surveys that show consumers like “easy” recycling, such as being able to put all types of plastics into one bin or knowing exactly which types of plastics are recyclable for ease of separation at home. Does the Loop reuse platform add a layer of complexity that consumers might feel is not easy or convenient?

“They do not feel it’s an inconvenience,” said Szaky, noting the benefits of getting an “upgraded experience with the product” as well as having “nothing to recycle or throw out—a big sustainability benefit.”

Szaky was quick to note that the company is not discouraging recycling. “It’s not going to go away because there’s an infrastructure in place,” he said. “You can recycle but you still have the same amount of plastic. The idea is to reduce the amount of plastic used by reusing the same bottles, not recycling them.”

The Nestlé Haagen-Dazs stainless-steel ice cream container was specifically designed for TerraCycle’s Loop platform. According to a Nestlé spokesperson, the “stainless-steel container was designed with the consumer experience in mind.” It has a rounded bottom that makes it easier to scoop and it is double walled to keep the ice cream cold while still be pleasant to hold. Its just-out twist-off top makes it easier to open and seal the ice cream. Being stored in stainless steel does not affect the ice cream taste, according to quality tests performed, and texture remained consistent.

I’m not sure just how stainless-steel containers will be less expensive to manufacture than plastic if the CPGs plan to keep the brand’s prices about the same. I also question the weight factor of stainless-steel containers versus plastic containers, unless they are using high-strength stainless (HSS) developed a few years ago for the automotive industry to reduce weight in vehicles. An aluminum Pantene shampoo bottle will be interesting. Given that I use Pantene and have dropped bottles or had them fall off the shelf in my shower a few times, I think that either an aluminum bottle will become dented or crack the tile on the shower floor. I personally prefer plastic.

It’s been proven that glass containers cause more food waste because of shipping issues—cardboard dividers have to be used between large jars of mayonnaise, for example, to keep them from hitting against each other and cracking—or by being dropped by shelf stockers and consumers. You may have noticed fewer intercom announcements calling for a cleanup on aisle four since the advent of the plastic bottle.

Labels are a big consideration, as well. In-mold labeling would seem to be optimal for plastic containers in the Loop platform. The beautiful stainless-steel Haagen Dazs ice cream containers would appear to be direct printed on the container. A glue-on label on the lid would have to be replaced after the thorough washing process.

Which brings up another consideration: The energy and water resources used to clean and sterilize the returned containers before they are sent to the CPG for refilling. While TerraCycle claims that life-cycle analysis shows there are no additional environmental costs compared with disposal or recycling, I think all the shipping back and forth between TerraCycle and consumers, as well as between TerraCycle and the CPG filling plants, and the energy required for hot, soapy water to wash containers and totes must have some consequences. Ultimately, there will also be recycling considerations for those stainless-steel and aluminum containers that get dented and scratched after several uses (or perhaps even after one use).

TerraCycle’s Loop platform is not a mass-market idea. It will most likely work in New York City and Paris, as well as in other cities such as London, where it will be introduced later this year, and Toronto and Tokyo, where it will roll out next year. However, most of the plastic waste—80% by some estimates—in waterways and oceans originates in developing nations that have little to no infrastructure to handle trash of any kind, whether it’s metal, glass, textiles or plastic.

Since reporting on Loop Industries Inc., which is not affiliated with TerraCycle’s Loop platform, I’m kind of excited about its technology of depolymerization to get rid of waste plastics by taking in large amounts from the oceans and waterways. It would seem to solve a big problem in a big way, and not just through one Pantene shampoo bottle at a time from limited sources.