Wittmann Battenfeld has sold more than 4000 robots in the U.S. and now it's hoping to offer them the same remote service capabilities it provides for its other auxiliary equipment. President David Preusse told PlasticsToday at Plastec West 2013 that the company is working on a Tech Connect box that will allow robots to be connected via Cat5 cables. "We had all this technology but no one was connecting the robot," Preusse explained.

Wittmann Battenfeld has sold more than 4000 robots in the U.S. and now it's hoping to offer them the same remote service capabilities it provides for its other auxiliary equipment. President David Preusse told PlasticsToday at Plastec West 2013 that the company is working on a Tech Connect box that will allow robots to be connected via Cat5 cables. "We had all this technology but no one was connecting the robot," Preusse explained. "We could see the value in that." The small cable would plug into the robot control and work off the servo connection. Once installed, it would allow users to see error and command logs, run a scope measurement, change the robot path, and more. Preusse said in practice it would work the same as if a service tech had plugged his laptop into robot control in person. Preusse believes the biggest impact could be a reduction in the number of service calls needed to fix a problem. "It can sometimes take three calls or more to tech service before a problem is fixed," Preusse said. "You lose so much time, but now the technical phone call might take longer but the problem will be solved. You won't have to write down codes alarms and walk back to phone." The system is currently in testing, according to Preusse. 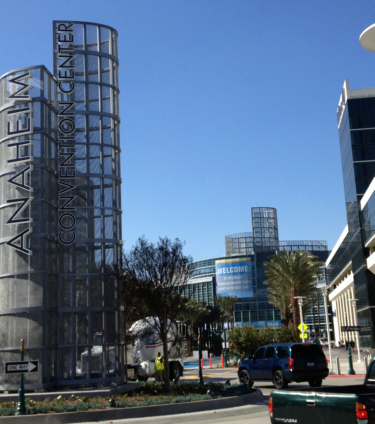 It was a new machine and product manager for Maruka U.S.A. at Plastec West 2013. The company debuted the new FCS line of hybrid and hydraulics, filling a potential gap created by Toyo's exit from the hydraulic market. Maruka represents Toyo and FCS injection molding machines in the U.S. FCS (Fu Chun Shin) is a Taiwanese machine manufacturer founded in 1974. In addition, Dale Bartholemew, most recently of Toshiba Machine Co. of America, was hired on in January to be the product manager for Maruka's injection molding division. At the show, the company displayed a FCS HA-165SV, and Bartholemew said they have four machines in stock. Going forward, the company plans to stock 110-, 165-, and 220-ton machines. A 575-ton FCS press was on order for customer attending the show, which Bartholemew thought Maruka would exit with three orders. The company also displayed the new Si5 Toyo all-electric injection molding machine. Designed for medical, it utilizes a specially formulated grease system that reportedly utilizes 1/10 the grease of competition. Another clean room friendly feature is a completely enclosed belt system. The machine debuted at last year's NPE, and this was its first time at Plastec West.

Sumitomo (SHI) Demag ran a 75-ton machine at its booth, highlight the company's "zero molding" flow-front control technology. Sumitomo Demag's Mike Formella said the system allows molding at lower pressures and tonnages, while improving venting and reducing flash. To show how the process works, the company runs intentionally unbalanced tool, but is still able fill all the cavities equally, without flash or shorts. The company is also planning its first joint Sumitomo Demag technology event in the U.S. Eight machines will be on display, including legacy Demag and Sumitomo designs plus a rebuilt Van Dorn. The event will take place on April 10 in Strongsville, OH at the company's new 8000-sq-ft facility. All-electric, hybrid and hydraulic machines from 56 to 652 tons will be running. The rebuilt machine will be a 1989 Van Dorn 230 HT toggle-clamp machine demonstrating the company's VDU control upgrade.

Absolute Haitian, exclusive distributor of Haitian injection molding machines, is looking to open a direct office in California, allowing it to maintain machine inventory in the important West Coast market. Absolute Haitian President Glenn Frohring told PlasticsToday that the market has always been very steady for his company. The company was participating in Plastec for the first time in two years, taking a break due to last year's NPE. At this time, the company has two sales representative offices in Southern California and uses customer sites to demo machines. At the show, an all-electric Venus Series VE900 with 101 tons of clamp force molded components of a sleep apnea corrective device from a family mold with a Sepro robot handling removal. Frohring also said his company is planning a May open house to celebrate its new technical center in Cleveland. Power was upgraded at the facility so the company can do machine demonstrations as well as house spare parts and a service headquarters.