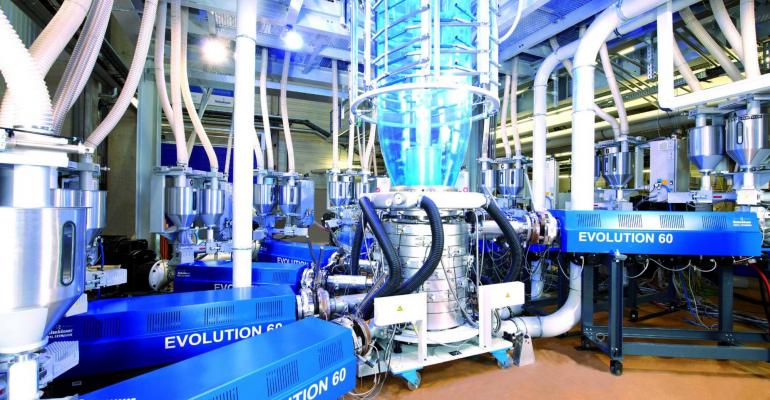 The industry-wide trend towards purchasing of plastic film extrusion lines able to process 5 or more layers continues, according to officials at extrusion systems manufacturer Reifenhäuser Kiefel Extrusion, a company that has benefited from the trend.

The industry-wide trend towards purchasing of plastic film extrusion lines able to process 5 or more layers continues, according to officials at extrusion systems manufacturer Reifenhäuser Kiefel Extrusion, a company that has benefited from the trend.

Moving to a higher number of layers in multi-layer film production improves flexibility and can help a processor save raw material costs, as we've reported in the past. Although a multi-layer line requires a higher initial investment, processors with the right mix of products will save enough on materials in the long run to justify the higher upfront capital cost.

In addition to down gauging of film, often a film's mechanical properties can be improved through the use of more layers, even as less material is required.

Reifenhäuser Kiefel's Evolution lines include low-temperature screws with combined heating and cooling zones which facilitate the processing of polyolefins and barrier materials such as EVOH on the same extruder. The lines are available with film winders offering clockwise / counterclockwise winding, winding shaft handling systems, and automation systems including start-up and job-change assistants.