For the first time in its 108-year history, the Perkin Medal has been awarded for efforts in green chemistry. The award, widely acknowledged as America's highest honor for applied chemistry, was presented on September 16, 2014 to John C. Warner at a dinner hosted by SCI (Society for Chemical Industry).

For the first time in its 108-year history, the Perkin Medal has been awarded for efforts in green chemistry. The award, widely acknowledged as America's highest honor for applied chemistry, was presented on September 16, 2014 to John C. Warner at a dinner hosted by SCI (Society for Chemical Industry).

Warner, president and chief technology officer of the Warner Babcock Institute for Green Chemistry, received the award for his invention and commercialization of chemical technologies across a diversity of industries that are higher performing, more efficient and safer. Hailed as one of the founders of Green Chemistry, he co-authored the textbook Green Chemistry: Theory and Practice with Paul Anastas, regarded as the defining text on the design, development, and evaluation processes central to Green Chemistry, in which the authors first introduced the "Twelve Principles of Green Chemistry."

Together with Jim Babcock, he founded the Warner Babcock Institute for Green Chemistry in 2007. Dedicated to the development of non-toxic, environmentally benign, and sustainable technological solutions for society, the institute aims to help businesses achieve greater efficiencies and higher performance through more sustainable technological solutions. 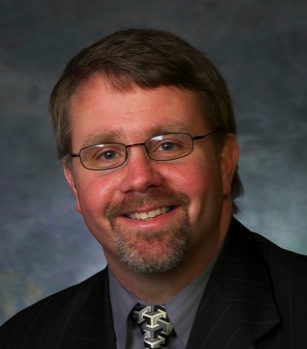 According to Erik Fyrwald, president and CEO of Univar Corp., and SCI America chairperson, Warner's selection as the recipient of the 2014 Perkin Medal acknowledges the leading role he has played in the search for new methods to make the products society needs, while preserving the environment.

"We are pleased to honor Dr. Warner for his industry-proven green technologies," said Fyrwald, "His work has been paramount in developing more efficient and safer technologies for business and society."

He also has had a major impact on chemistry education. As a tenured full professor at the University of Massachusetts, he helped design and create the world's first PhD program in Green Chemistry. In addition, together with his wife, Amy Cannon, he founded Beyond Benign, a non-profit organization dedicated to K-12 and university science education. The organization provides tools to teach and learn Green Chemistry in order to provide a critical foundation for the creation of a sustainable future.

In the late 1980s, Warner pioneered the development of a unique approach to the tailored design and synthesis of functional materials: Non-Covalent Derivatization (NCD).  The NCD approach typically requires fewer processing and purification steps and less waste than traditional procedures, resulting in manufacturing cost reduction and in many cases superior product performance. NCD technology draws inspiration from nature using principles of self-assembly and molecular recognition.