Objet Ltd. (Rehovot, Israel) is expanding its line of simultaneous multi-material 3D printing technology to include a smaller footprint machine with a 260-by-260-by-200-mm (10.2-by-10.2-by-7.9 inch) tray size. Like its larger counterparts, the Objet260 Connex can print up to 14 different material properties within a single part thanks to the company's patented simultaneous multi-material jetting technology, it can also utilize the newly released acrylonitrile butadiene styrene (ABS)-like and transparent materials.

Objet Ltd. (Rehovot, Israel) is expanding its line of simultaneous multi-material 3D printing technology to include a smaller footprint machine with a 260-by-260-by-200-mm (10.2-by-10.2-by-7.9 inch) tray size. Like its larger counterparts, the Objet260 Connex can print up to 14 different material properties within a single part thanks to the company's patented simultaneous multi-material jetting technology, it can also utilize the newly released acrylonitrile butadiene styrene (ABS)-like and transparent materials.

Calling the desktop-model "small enough to run in the corner of any office", Objet CEO David Reis said in a release that the new 3D printer brings the company's high-resolution, multi-material 3D printing to "new levels of accessibility" for front-line designers and engineers. 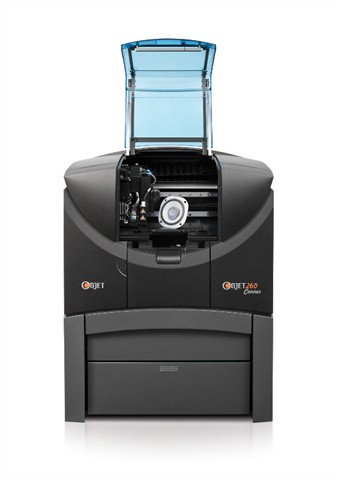 Objet's inkjet-based multimaterial 3D Printing, which allows two materials to be jetted at the same time, can better recreate assembled goods and consumer products. For example, Objet notes that mobile phones with various tactile structures can be reproduced in a single print job using a hard material for the shell and a flexible material for the keypad. Also, by mixing materials from a base of 14 cartridge-ready materials, users can create up to 51 composite digital materials based on alloys of the original 14. They can also mix 14 distinct material elements, for prototypes with soft, flexible rubber-like elements, joined with transparent elements or rigid elements, in a variety of colors and shades.

Konica Minolta Sensing Americas Inc. (Ramsey, NJ) has launched version 2.10 of its SpectraMagic NX color quality control software, offering additional local languages and operating systems support to further enhance usability. The company says the software allows users to design their own screen layout based on their industry and/or application, with each graph type (color, spectral, color difference or trend), as well as the data list, more easily scalable to the desired size.

The company also recently introduced its newest benchtop spectrophotometers, the CM-3600A and CM-3610A, for measuring reflectance and transmittance of solids and offering a vertical-format bottom-port spectrophotometer, respectively. 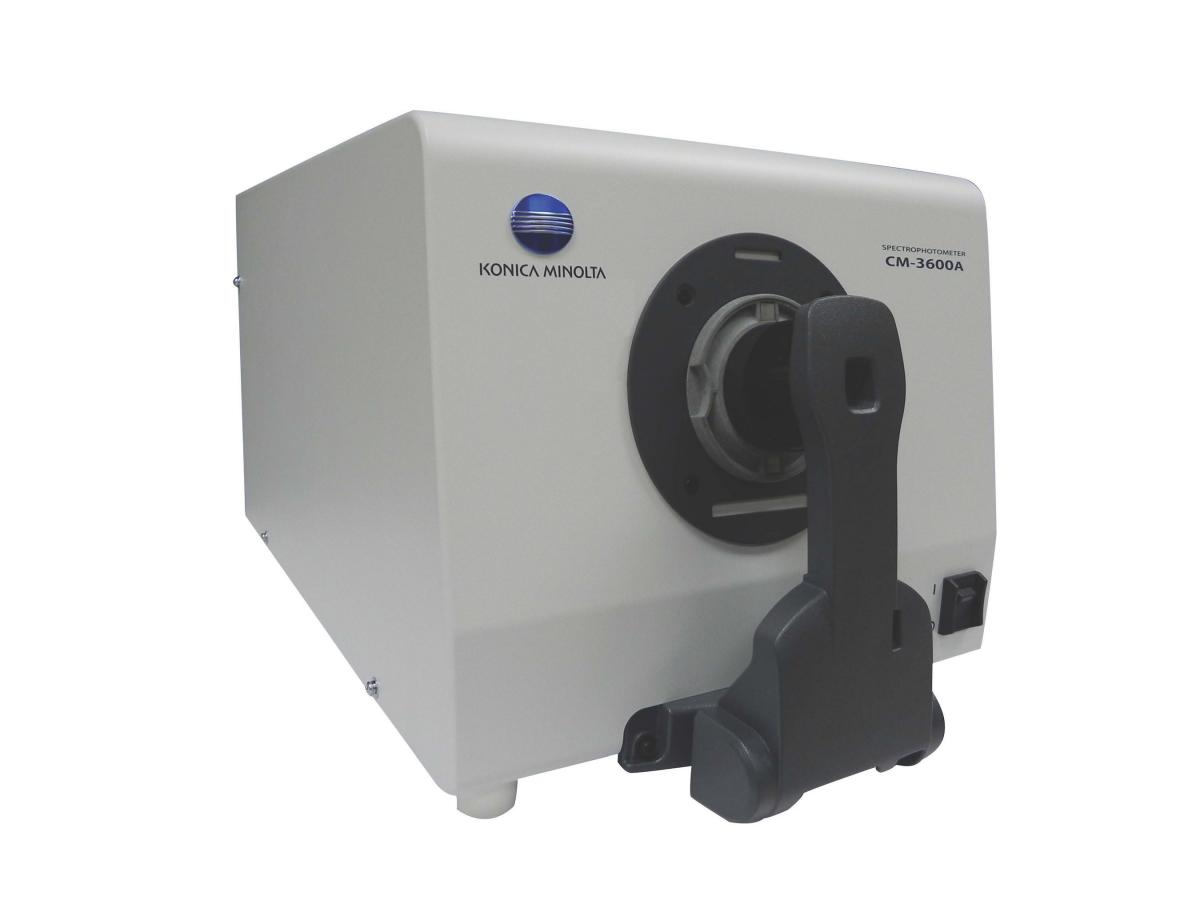 Konica Minolta describes the CM-3600A spectrophotometer as being able to handle a variety of applications, including the transmittance of liquids, with optional accessories.  In spite of its many uses, it maintains a compact footprint taking up approximately the same amount of space as a laptop computer. The sample holder opens a full 90° for easier positioning of samples and is equipped with a "soft-close" mechanism that prevents it from slamming shut or damaging samples. The cover of the sample viewer is equipped with a mirror, enabling the sample position to be checked without moving from your seat.

The CM-3610A vertical-format bottom-port spectrophotometer has a piston-type sample holder for easier sample positioning. It can be locked in the down position to enable the removal of any obstructions when first inserting samples, and then be released so that its piston moves smoothly upward to firmly hold samples in position. As with the CM-3600, it is equipped with a sample viewer to see exactly what area is being measured, and it can also measure transmittance of solids as well as reflectance.

Established in July 1996 as a fully-owned subsidiary of Asahi Kasei Chemicals Corp. (Tokyo), Sun Plastech Inc. (Parsippany, NJ), the manufacturer of Asaclean purging compound, celebrates its 15th anniversary this summer. The company began selling to injection molders and extruders of thermoplastic resins in North America, with South America added to its sales territory a few years later. Since its launch, sales have more than quadrupled for Sun Plastech, with Asaclean now sold in more than 50 countries.

Sun Plastech originally imported all Asaclean products from Japan, but in 2001, it started local manufacturing and produced its first domestic grade. Since then, the company has added several more domestically produced products, and to better serve its customer base, Sun Plastech also increased its number of warehouses across the U.S. and Canada.

After beginning with nine employees, it has since doubled its staffing to keep up with demand. In August 2004, Glenn Kornfeld was promoted to president, with Joseph Serell named VP three years later in August 2007. These moves made Sun Plastech the first overseas subsidiary of Asahi Kasei Chemicals to be run by local management. Sun Plastech is planning a celebration of its 15th anniversary for July 12, invited its customers, partners, suppliers, vendors, and colleagues.